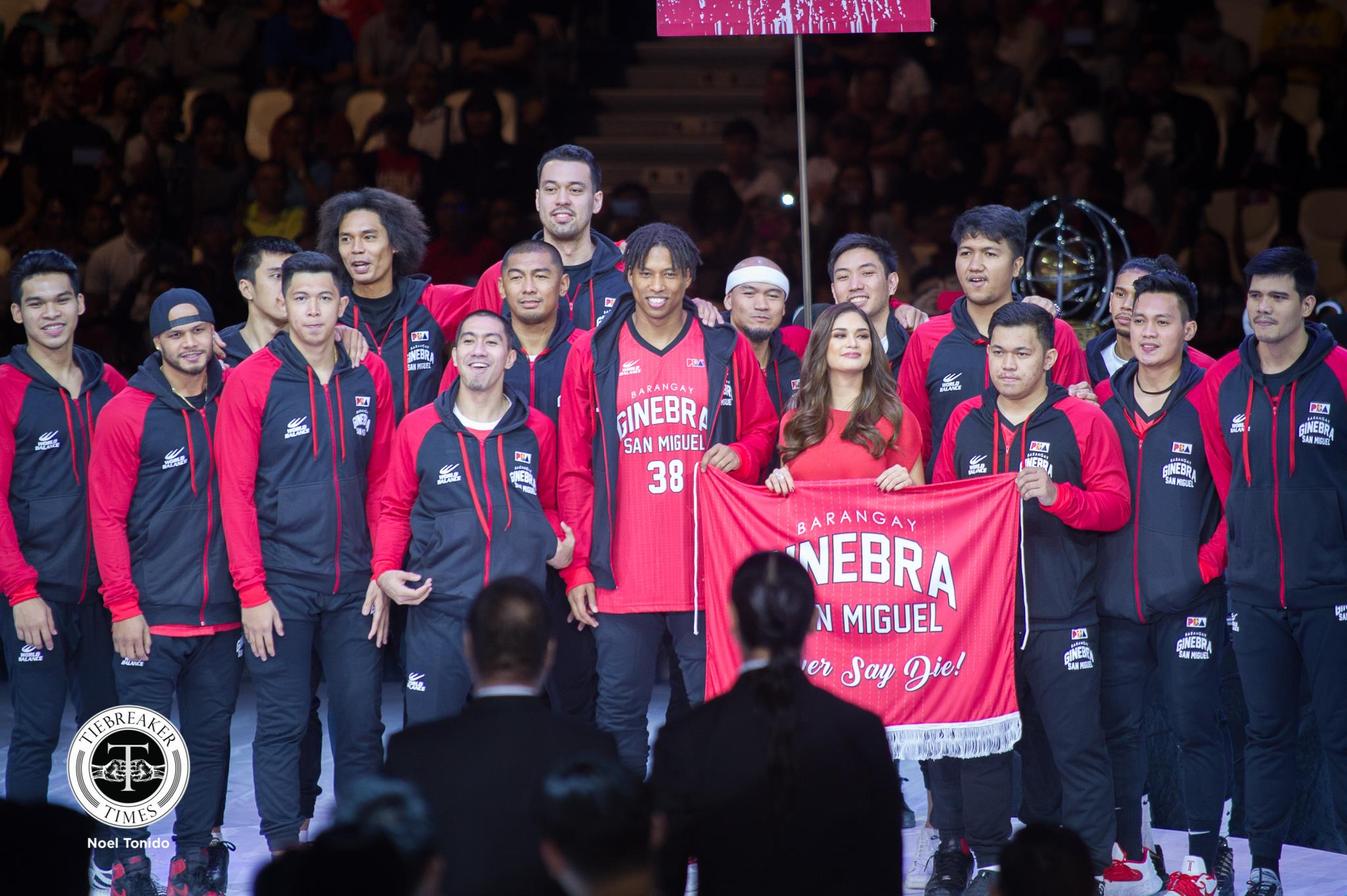 The opening ceremony of the 44th season of the Philippine Basketball Association was filled with stars.

None were bigger than Magnolia Hotshots muse Sharon Cuneta.

Twenty-nine years since she last served as escort to Purefoods, the Megastar walked the 2018 PBA Governor’s Cup champions Magnolia Hotshots to the hard court of the Philippine Arena in Bocaue, Bulacan.

Magnolia’s sister teams, on the other hand, opted for beauty queens,

Valdez was not the sole Filipina athlete present, as the Blackwater Elite had two-time Olympian and brand ambassador Jasmine Alkhaldi and former PVL MVP Myla Pablo as muses.