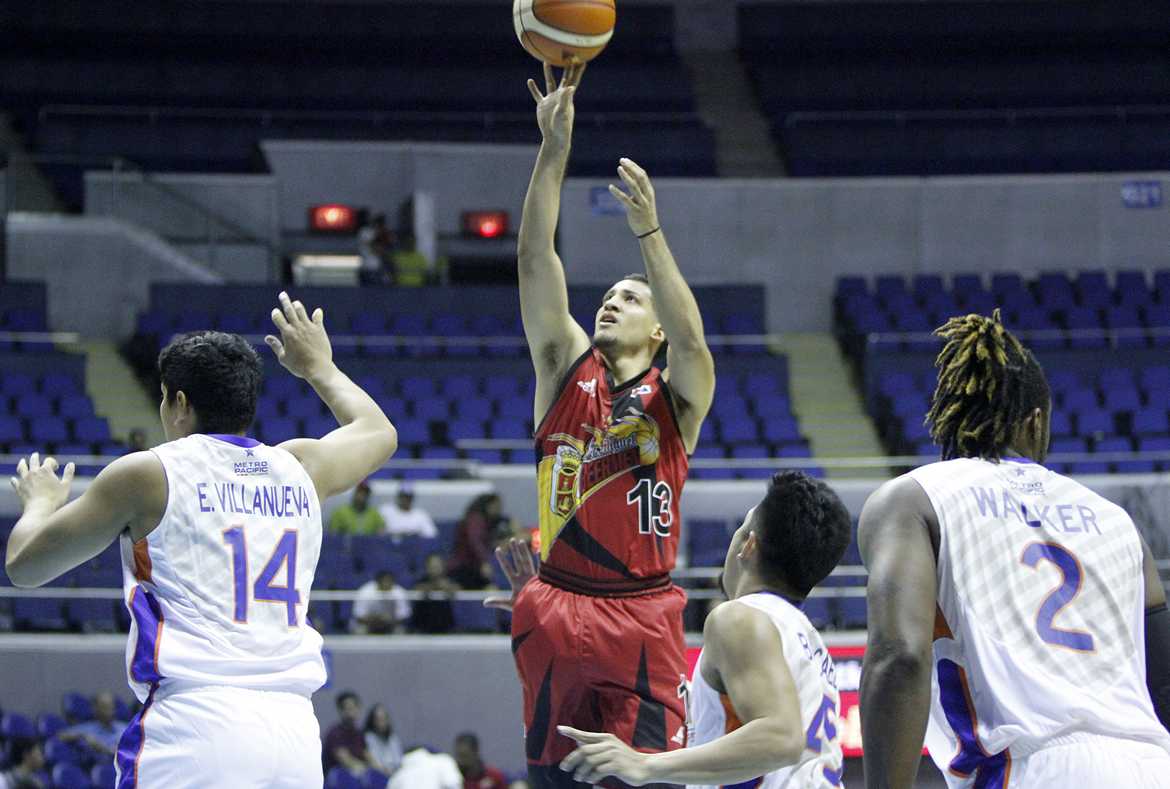 Down by two with six seconds to go, Marcio Lassiter knocked down a huge triple in their final possession to lift the San Miguel Beermen to a 94-93 win over the NLEX Road Warriors at the Smart Araneta Coliseum.

Lassiter missed his first six shots from beyond-the-arc before swishing the game-winner. He finished with eight points, nine rebounds, and two assists.

AZ Reid led the Beermen with 23 points, but scored only four points in the second half.

After a closely-contested first quarter that saw San Miguel leading by a point, the Beermen’s depth took control of the next period. In addition to SMB’s ten-point cushion at the break, the team seemingly opened the floodgates to kick-off the second half. In less than two minutes, AZ Reid and Alex Cabagnot made open layups to widen the gap at 60-43.

In the same quarter however, the Road Warriors installed a furious run to shock and halt San Miguel’s momentum. By the final stretch of the third, Henry Walker paced his team to silence San Miguel and counter on a 25-8 berserk to erased the lead and tie things up heading into the final frame.

The back-and-forth exchange yielded an 86-all score with three minutes left. Afterwards, Sean Anthony and Asi Taulava made huge shots to help the Road Warriors maintain the cushion. However, Alex Cabagnot drained a triple to cut the lead to two and after another stop late, AZ Reid located Lassiter for the game-winner.

READ  PSL to hand out two 'golden tickets' on Thursday

Gary David played a stellar game for the Beermen with 13 points on 5/7 from the floor. Walker paced the Road Warriors on the loss with 33.

The Beermen (2-0) looks to make it three straight against an also undefeated Mahindra Enforcers (2-0), while the Road Warriors (1-1) will be facing the Ginebra Kings (1-0) up next. Both games will be played at 4:15 and 7:00pm respectively on July 27, also at the Big Dome.

The process that San Beda trusts