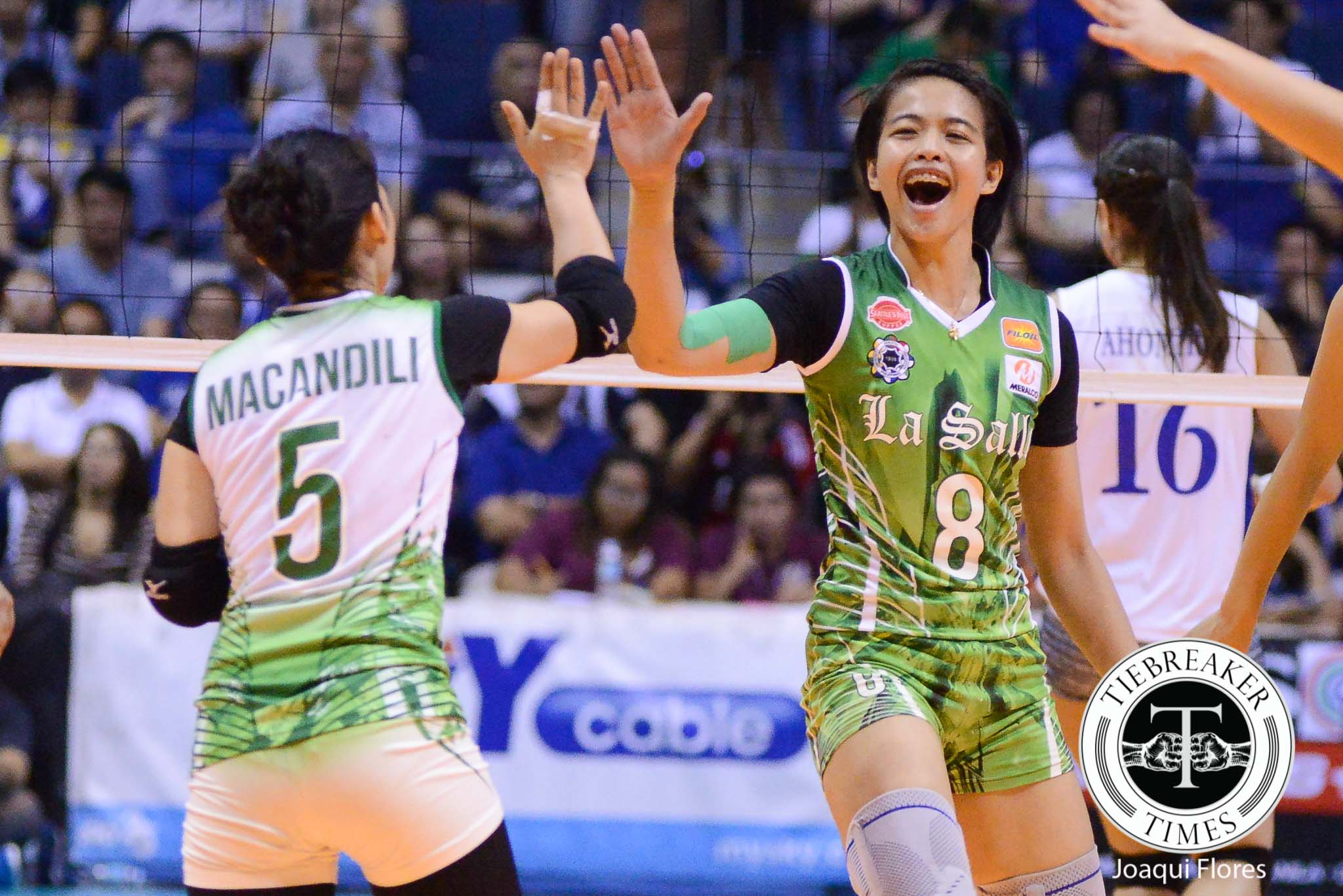 The De La Salle University Lady Spikers convincingly took Game One of the UAAP Finals, and closed in on regaining their throne with a 25-22, 25-22, 25-21 victory over reigning champs Ateneo de Manila University at the Smart Araneta Coliseum.

The Lady Spikers trailed early in the first two sets, but mustered late rallies through solid blocking and serving to come out on top. La Salle came away with a straight set win just like the first round.

Ateneo led 5-0 in the first set, only for La Salle slowly come back, tie the set at 18, then end with a strong flourish. The Lady Eagles again started strong in the second set, grabbing a 12-8 advantage. But the Lady Spikers rallied in one fell swoop, rattling off a 9-4 run. La Salle led the third set wire-to-wire and quelled a late Ateneo rally.

Valdez was the only Lady Eagle in double digits with 17 markers.

La Salle can clinch the title on Game Two on Wednesday, 4 p.m. at the SM MoA Arena. The Lady Spikers have lost two of their past three matches at the MoA Arena, including their second round face-off with the Lady Eagles.

Potentially, Game Two could be the last UAAP match for superstars from both sides. Alyssa Valdez, Amy Ahomiro, and Mae Tajima will exhaust their final year of playing eligibility for Ateneo, while Mika Reyes, Ara Galang, Cyd Demecillo, and Mika Esperanza are playing out their fifth season for La Salle.