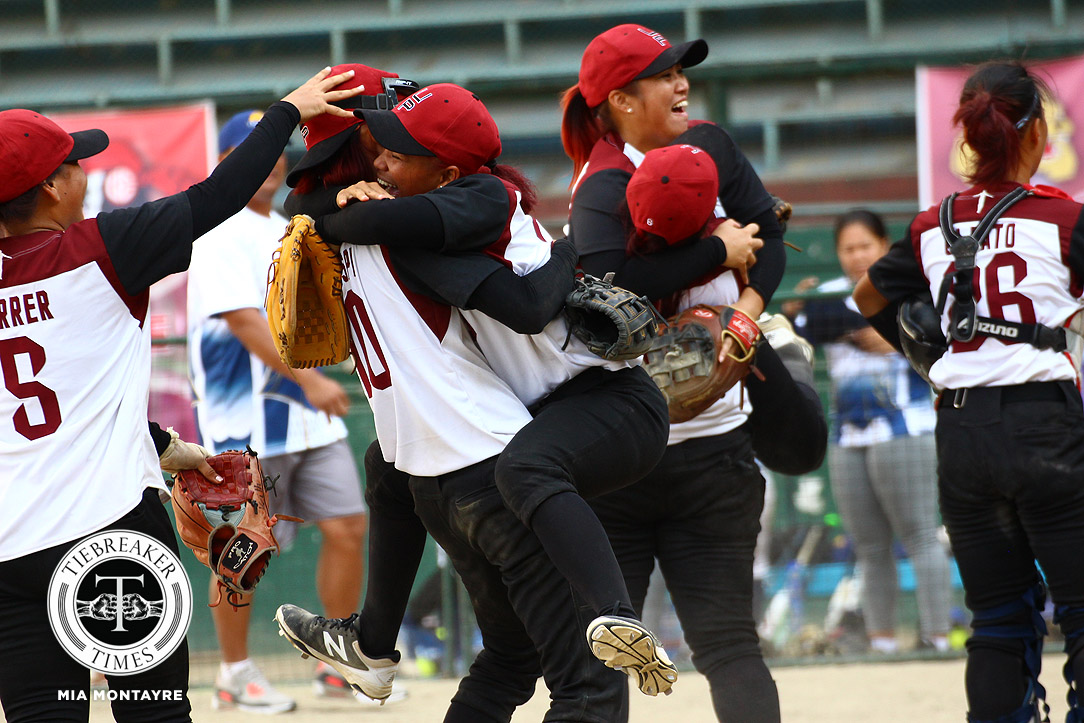 With their offense still adjusting, the University of the Philippines Lady Maroons leaned on their fielding to deny the National University Lady Bulldogs, 4-2, to bag the opening day win at the UAAP Season 81 Softball tournament, Saturday afternoon at the Rizal Memorial Baseball Stadium.

The Fighting Maroons started on the wrong foot, as the Lady Bulldogs threatened to get onto the scoreboard in the first inning with runners in scoring positions. Sophomore pitcher Panjie Legaspi then hurled a hit off Mariss Tuliao, then sent the ball to rookie Algrace Adajar on second to retire Pearl Lorca with the final out.

That defensive play turned out to be the start of many in the match.

Consolidating that stop, UP finally broke the deadlock in the following frame. A sacrifice hit from newbie Mitch Sameniada drove in Legaspi home for the initial run. The Diliman-based side then added two more runs in fourth and another in the sixth to virtually put themselves at the advantage.

Overcoming a 3-0 margin isn’t too far-fetched, especially for a strong Bulldogs squad. But UP’s fielding proved equal to their offense. Aside from the solitary runs off sixth and seventh innings errors from UP, National U failed to break the defense, resulting in a whopping 11 runners left on base.

The Maroons will tackle fellow opening day winners De La Salle University in the curtain raiser on Monday, February 18 at 9 a.m. The Lady Bulldogs will attempt a bounce-back when they take on the Ateneo De Manila University later that day at 1 p.m.