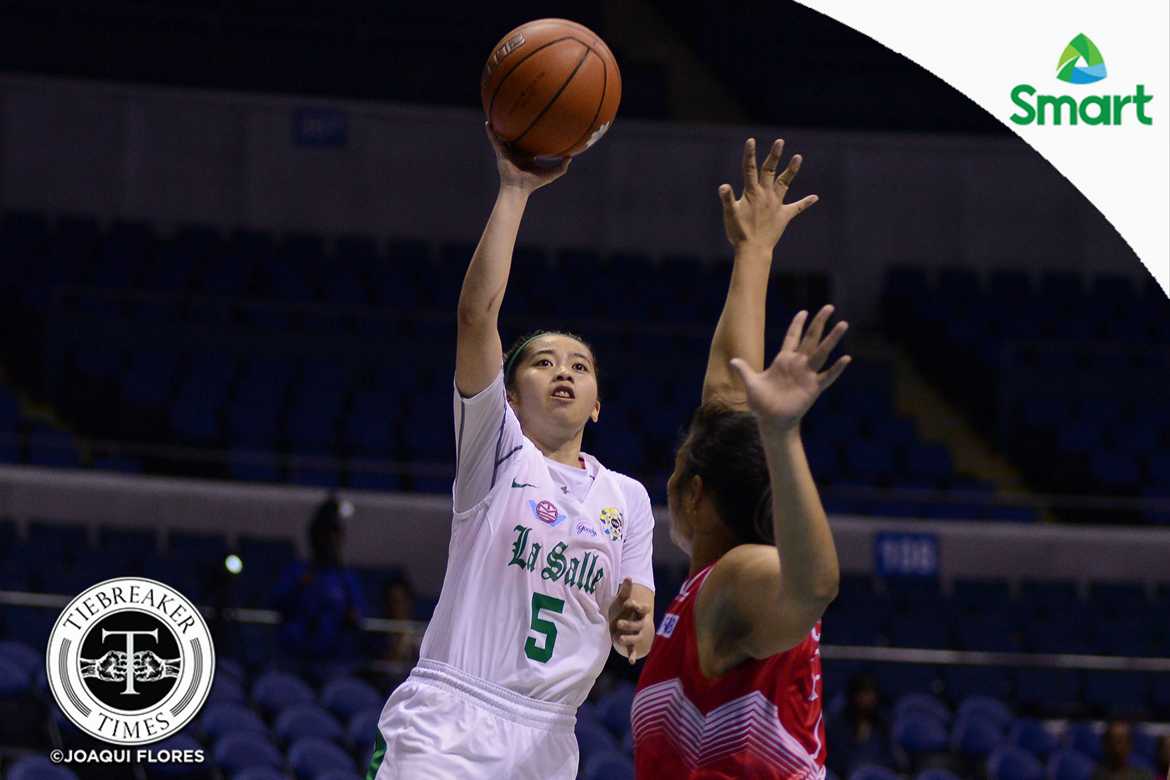 “UE is a tough team. They’s well coached. They’re a grind it out team, but we wanted it more today. We know there’s no quit in UE so we matched their intensity and made it go higher,” commented La Salle coach Cholo Villanueva.

It was a tight contest from start to finish as La Salle led 31-27 over UE at the break.

Late in the third quarter, a 12-4 run capped off by Snow Peñaranda’s three-point play gave La Salle their biggest lead of the ballgame at 49-38.

Undeterred, UE immediately retaliated with six straight, unanswered points from Eunique Chan and Alyssa Gayacao to cut the deficit to 44-49 at the end of the third quarter.

Love Sto. Domingo then unleashed the go-ahead trey early in the fourth quarter and gave UE a 49-50 lead.

La Salle then responded with a 5-0 run initiated by Claro to make it 54-50. From then on, UE chased La Salle as Bianca Ramos cut the the Lady Archers’ advantage to 61-64 with roughly a minute left.

With just 1:29 left in the game, La Salle finally got the safety net they sought when Castillo sunk a shot from rainbow country, putting the Lady Archers up 67-61.

UE coach Aileen Lebornio called for time, but the resulting play led to a turnover in favor of La Salle, after which Claro converted a free throw.

Eunique Chan then gave UE hope, going to 63-68 with 54:3 left in the fourth quarter, but two consecutive free throws from Claro secured an eventual 70-64 win for La Salle over UE.

“These are the types of games where we build character, bouncing back from back to back losses. We wanted them to be ready mentally especially for UE which is a tough team. It was more mental preparation for us,” explained Villanueva.

La Salle (9-3) will play against the University of the Philippines on 10:00 AM. On the other hand, UE (8-4) shall face Adamson University 8:00 AM. Both games will be held on November 12 at the SM Mall of Asia Arena in Pasay City.

“We want to hold our destiny. We can’t rely on other teams to get twice to beat advantage. There’s no time to relax. There’s no room for complacency for us,” Villanueva declared.