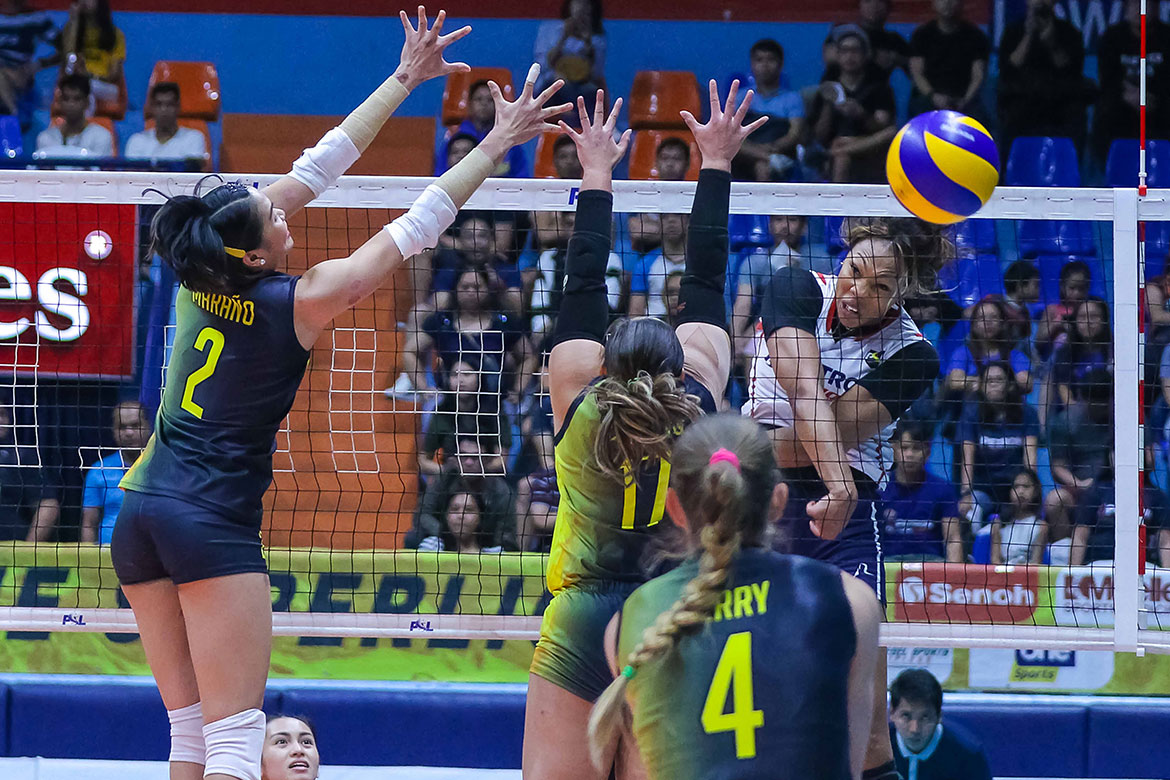 Unlike their first-round meeting, the Petron Blaze Spikers refused to allow the F2 Logistics Cargo Movers to win even a set.

Katherine Bell was her usual unstoppable self, punching in 30 points en route to powering Petron past the Cargo Movers, 25-14, 25-17, 25-21, in the 2019 Philippine Superliga Grand Prix at the FilOil Flying V Centre.

The Blaze Spikers were dominant on the serve, tallying six of their 13 aces in their opening set drubbing. Petron then needed to rally from a 9-13 deficit in the second set, going to Bell, who spearheaded a back-breaking 9-1 run. Tied at 20 in the final set, Bell again proved the difference, scoring thrice in Petron’s final five points to seal the win.

Petron (11-0) will try to stay perfect when they face streaking the Generika-Ayala Lifesavers (4-7) on Tuesday. Meanwhile, F2 Logistics (8-3) take on the Foton Blue Energy (1-9) on Thursday. Both matches will be played at the FilOil Flying V Centre.