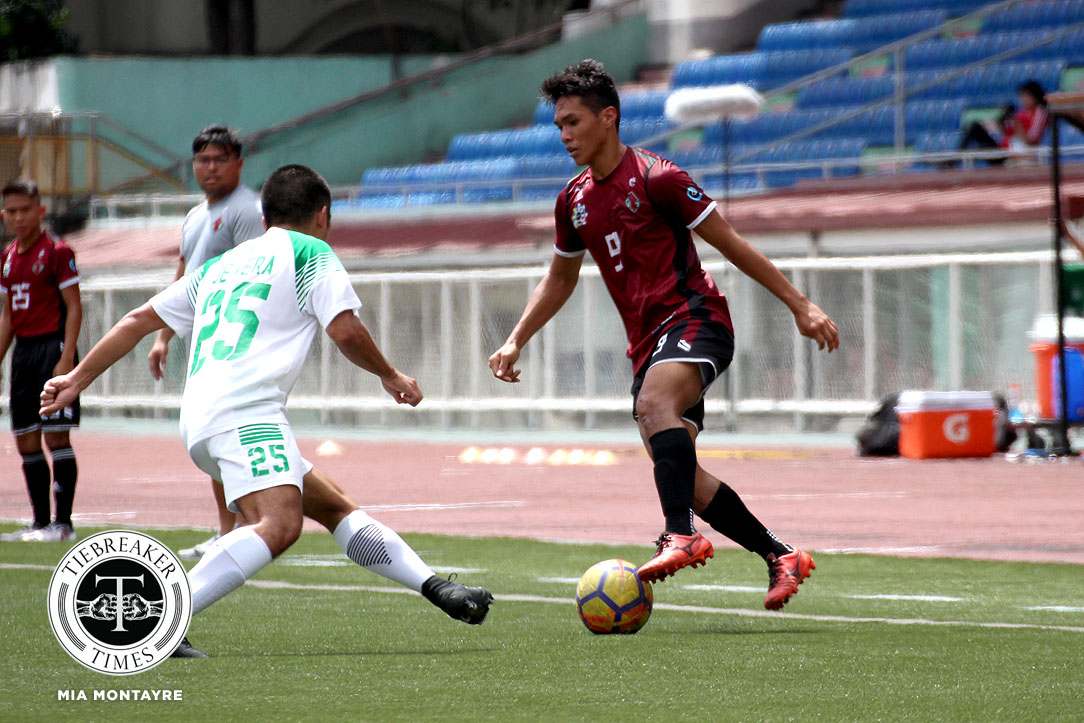 The last time the University of the Philippines Fighting Maroons faced the De La Salle University Green Archers, their head coach Anto Gonzales served his one-game suspension while Kintaro Miyagi was only fit enough to start from the bench.

With the duo right there from the get-go, the Fighting Maroons avenged their first-round defeat with a 2-0 win over the Green Archers in the UAAP Season 81 Men’s Football Tournament second round, Sunday afternoon, at the FEU-Diliman turf.

“I thought we did very well in the first half. I think we managed the game very well. We executed very well. We covered the small details, the non-negotiables, the fight, the aggressiveness. We showed our experience out there,” said UP coach Anto Gonzales.

State U started the game brightly with a goal just eight minutes after kick-off. JB Borlongan delivered a good ball in the La Salle box from the corner. Karl Bugayong then headed the ball past Green Archers goalie Gab VIllacin to earn his side the lead.

La Salle tried to respond in the first half, but attempts from Yoshi Koizumi and Mikio Umilin failed to find the back of the net.

“We were physical. That’s what we wanted to do because we knew this La Salle team is a young team. And we were hoping with our aggressiveness and our physicality, they would back down,” added Gonzales.

UP then doubled their lead near the hour mark of the match. Fighting Maroons skipper Kintaro Miyagi found space to shoot in the La Salle box, and he finished superbly from a tight angle.