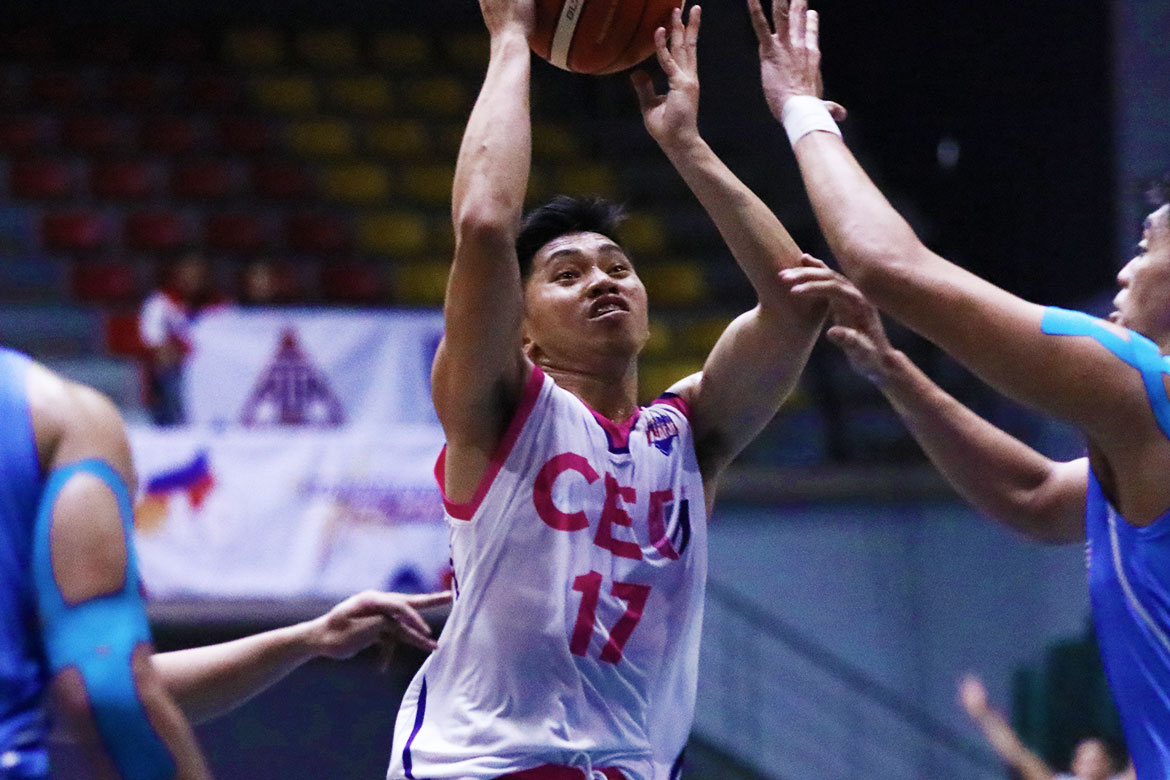 This victory was important for the Scorpions as they showed they can beat the Growling Tigers.

“Well, I think we needed this game especially coming to the last two games namin sa D-League. This type of game will toughen us and make us a better team,” said CEU head coach Derrick Pumaren.

“We are here to gain experience and compete against the other schools,” he added.

“Judel is like that talaga. When he is on, you have to look for him. He gave us a big lift in the third quarter,” added Pumaren.

The trio of Renzo Subido, Rhenz Abando, and Mark Nonoy was able to slice the lead down to just one with 11 ticks remaining.

Off a timeout, the Scorpions committed a turnover off the inbound, but Soulemane Chabi Yo turned the ball over as well on their side.

Franz Diaz split his charity that led to one last chance for UST. Unfortunately, Subido missed a wide-open triple as the time expired.

Chabi Yo was the sole double-digit scorer for UST with 19 points and 10 rebounds.

CEU will next face the De La Salle University on Friday, May 17 at 4:00 pm. On the other hand, UST look to snap their skid when they take on the Arellano Chiefs on Monday, May 20 at 5:45pm.