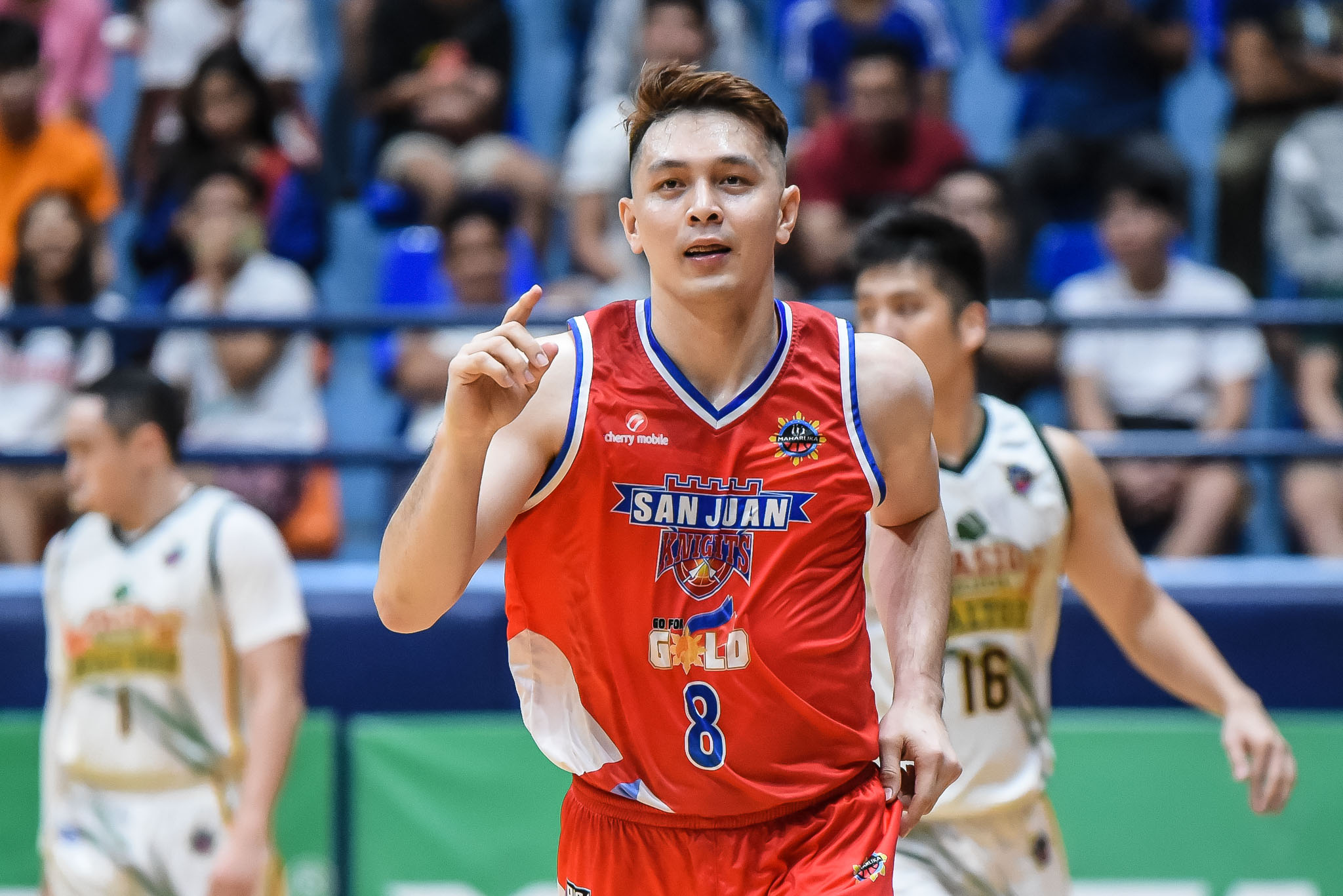 Wilson — who only needed four points to reach the 1000-point club heading to this game — drained a three-pointer in the 4:35 mark of the first quarter to become the first player to achieve the feat. He now has 1,020 total points in his tally.

The product of Jose Rizal University ended the match 24 points, five rebounds, and four assists to help San Juan keep the title as the Kings of the Northern Division with a 22-3 record.

After a tight first quarter, the Knights rallied behind Wilson and Mike Ayonayon, who then led a 15-6 swing in the second quarter. That proved to be the difference-maker, since it helped the home team take an 11-point lead, 56-45, heading into the second half.

The Go-for-Gold-backed squad kept their distance from there, dousing the Realtors’ comeback attempts.

The Knights also made it rain from deep, shooting 17-of-33 from three-point distance.

On the other hand, Jeric Teng’s 31 points, nine rebounds, and six assists went down the drain. Pasig went down to 14-11, tied with Caloocan in the seventh spot also in the Northern Division.