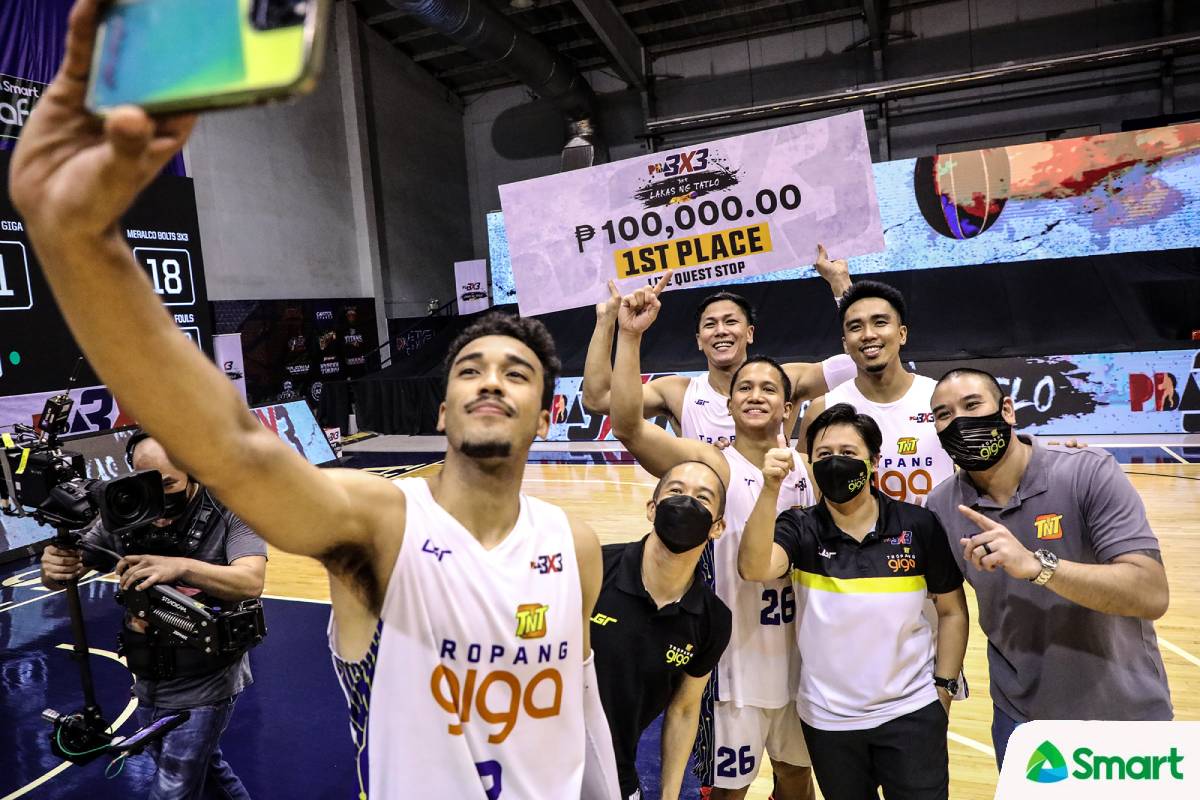 Jeremiah Gray starred with 11 points as the Tropang Giga swept their way to the title. They also earn the PHP 100,000 prize in the Level 4 FIBA 3×3 tournament.

The Fil-Am cager took over in the final minutes, nailing three consecutive two-pointers to put his side in match point, 20-17, with 1:50 to go.

But that clinching bucket proved to be difficult to find. He, Lervin Flores, and Samboy De Leon missed all of their shots from the charity stripe.

That gave the Bolts an opening, but even they couldn’t buy a basket after Dexter Maiquez’s jumper. Tonino Gonzaga missed his potential game-tying jumper.

Still, they tried to look for an outside shot but a foul sent Almond Vosotros to the line. And he would be the one to finish it off with a split with 6.2 ticks left.

Meralco was led by Gonzaga with eight points, while Joseph Sedurifa scored seven. Maiquez and Alfred Batino had two and one, respectively. 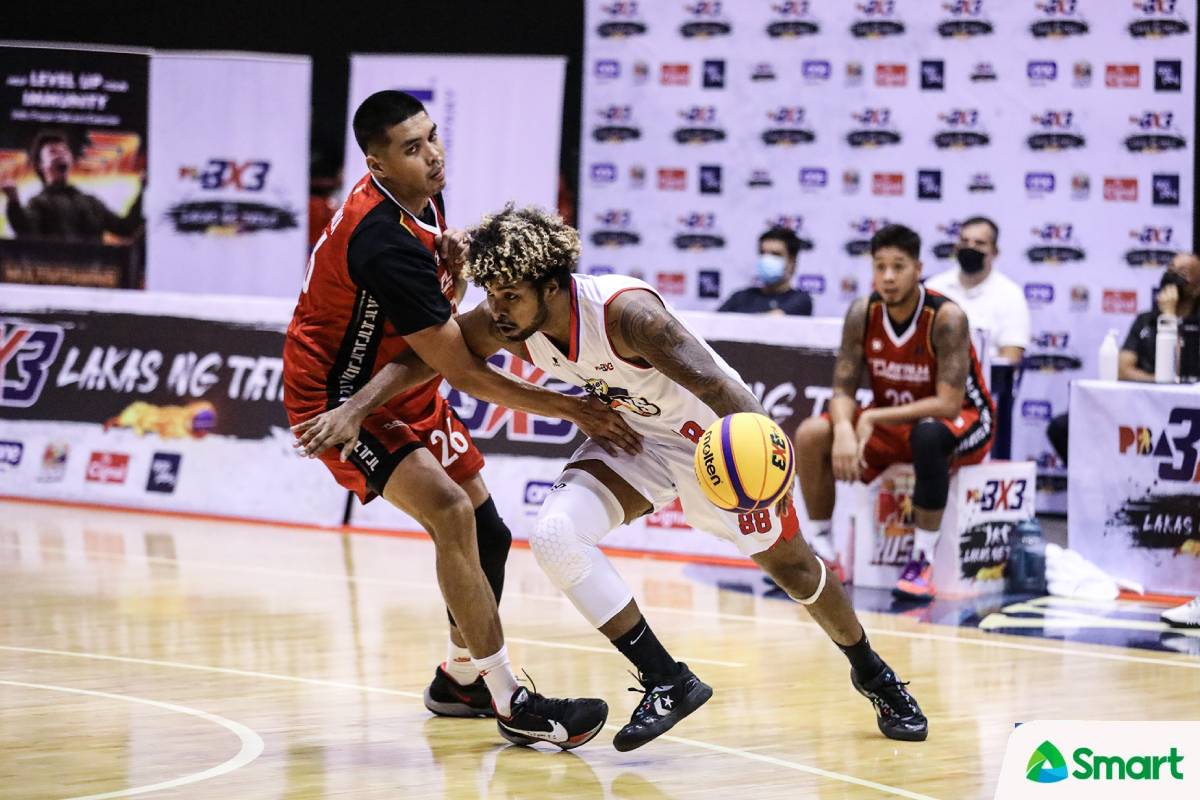 Meanwhile, Purefoods outdueled Platinum Karaoke in a shootout, 22-16, to secure a third-place finish in the maiden leg of the new league.

Pao Javelona nailed the game-winning shot from beyond the arc to finish the game with 3:25 left.

Chris De Chavez had 10 points to lead Platinum, who had an impressive start into the leg but bombed out of the semifinals against Meralco.

The second leg of the first conference takes place on Wednesday.