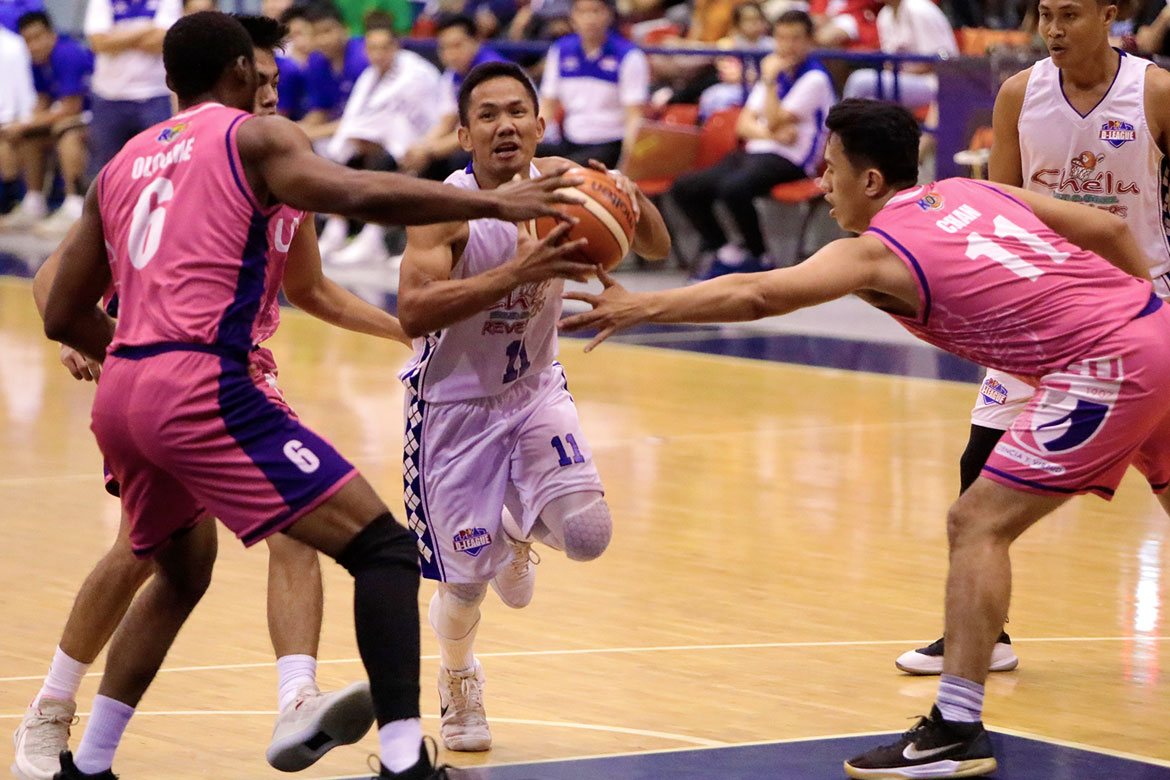 It will be Che’Lu Bar and Grill versus Go for Gold in the Finals.

The Revellers earned a return trip to the championship round, staving off the Centro Escolar University Scorpions with an 86-73 Game 3 victory in their 2018 PBA D-League Foundation Cup semifinals Tuesday at Ynares Sports Arena in Pasig.

Jeff Viernes showed how badly he wanted this win, scattering 26 points on a 4-of-10 shooting from threes, while also doing it all with six rebounds, six assists, and three steals.

Jessie Collado bullied his counterparts on his way to 19 points and 12 rebounds, while Levi Hernandez scored 12.

The frontcourt also did their part, as JayR Taganas got nine points and 11 rebounds, while Jason Melano got seven and 11.

Che’Lu were relentless from the get-go, jumping on a 14-4 start as it preserved that 10-point cushion all game long.

Rich Guinitaran got CEU to their closest at eight, 73-65 with 6:41 left to play, but Viernes was quick to quash that run with a triple before Hernandez joined the party and iced the game, 79-67 with his basket with 3:29 remaining.

“Yun pa rin ang challenge ng management sa amin, go for it,” said Tiu, whose wards are motivated to make up for its defeat in the Aspirants’ Cup to Zark’s Burger-Lyceum.

Judel Fuentes, John Rojas, and Orlan Wamar all logged in 11 points for CEU, who  made a return to the semifinals after missing the Final Four last conference.

Che’Lu Bar and Grill and Go for Gold will meet for all the marbles, with Game 1 of the best-of-five series to start on Thursday.