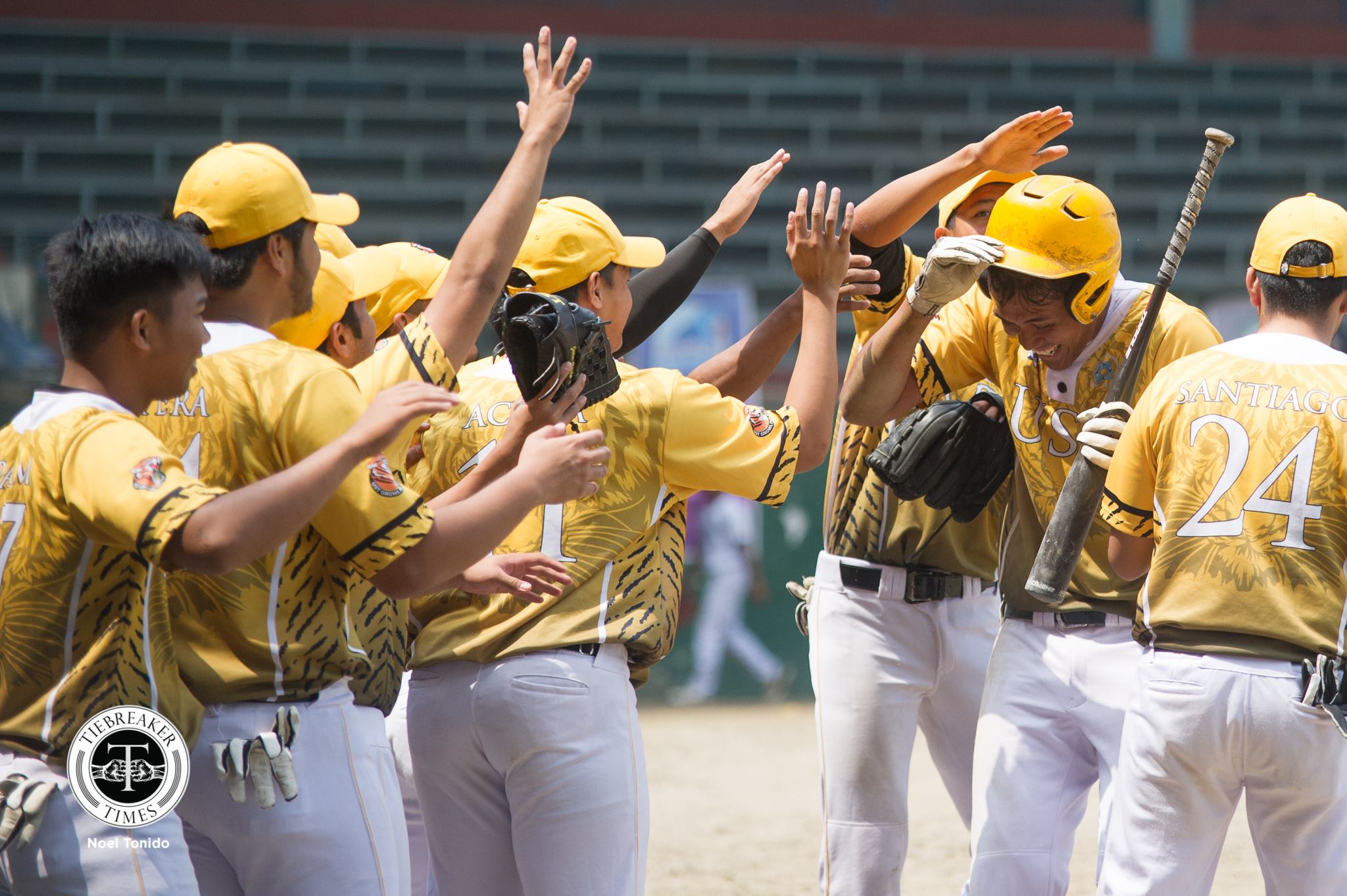 After taking down the defending champions Adamson University Soaring Falcons, it is imperative for the University of the Santo Tomas to continue rolling in the ongoing UAAP Season 81 Baseball tournament.

The Golden Sox did so in convincing fashion, dominating the National University Bulldogs, 16-2, in an eight-inning regulation game and carved their second consecutive victory, Sunday early afternoon at the Rizal Memorial Baseball Stadium.

The Espana-based squad scored nine runs, scattered in the first four innings before adding seven in the eighth frame to complete the romp of the Bulldogs. National U needed to empty the bullpen of five pitchers, but could not stop the floodgates from opening for the opponents.

Catcher Jayvee Selda paced the Golden Sox, coming up huge with 3 RBIs in 4 at-bats, producing two hits, both singles, and crossing the plate twice. On defense, pitchers Vince Mangapis and Ron Dela Cruz denied the Bulldogs clear chances to score, limiting the latter to seven hits and stranding seven in the process.

The second and third innings turned out to be the defining frames of the match as after UST plucked a solitary run in the opener, they scored three each in these said periods. Ivan Llave started it off in the second, scoring Gio Martinez who reached base off an NU fielding error for the 2-0 lead. The team, courtesy of Selda, then sent Israel Antonio and Benedict Pedracio home to close the inning.

The third also saw Mark Beronilla and Alwen Calbang cross the plate, and Oliver Gimena also scored to put the Tigers at a comfortable 7-0 advantage.

The Thomasians peppered their rivals with 12 hits, ending with 11 of the 15 runs as earned.