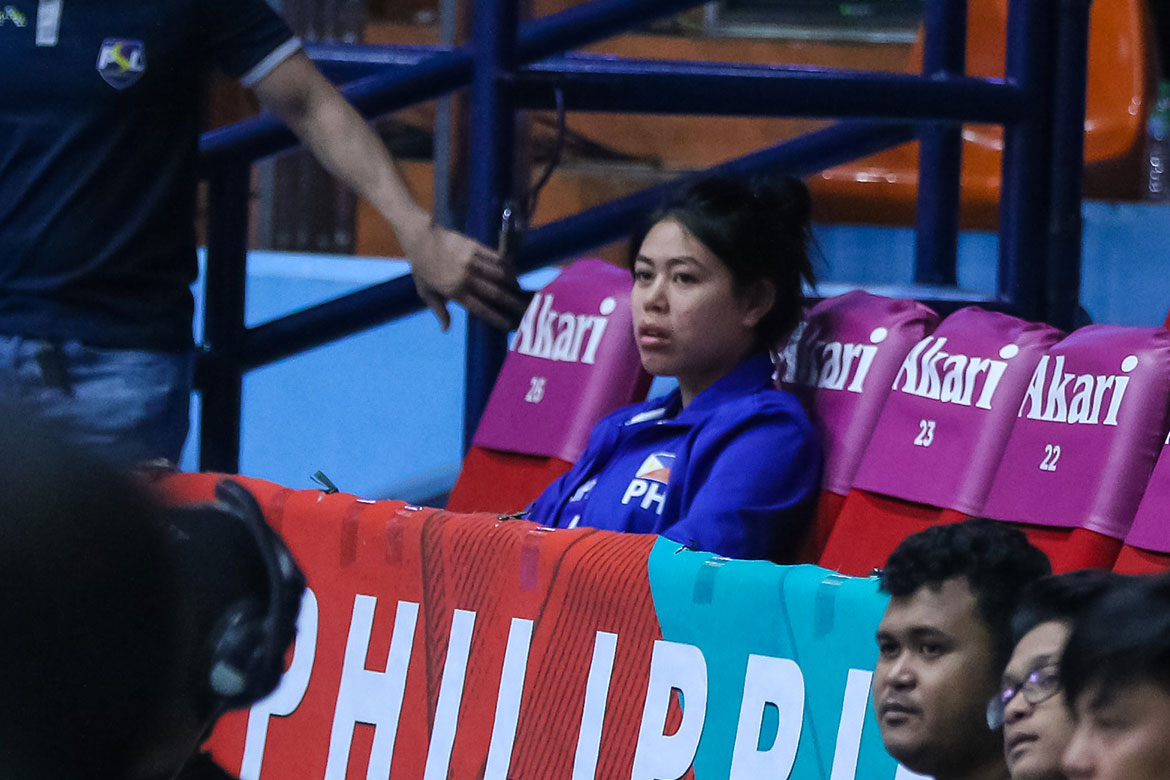 As it turned out, the development came as a surprise for Mau as well.

The 6-foot-2 outside couldn’t hold back her tears when reporters asked for an interview. She then politely excused herself from voicing her thoughts, since she herself has yet to learn the details about why she was ruled out of the roster.

Mau confessed she wasn’t ready to talk about it just yet.

When asked regarding the matter, Philippine head coach Shaq Delos Santos was mum. He believes he has no authority to disclose the details.

Nonetheless, it was a huge blow for the morale of the Nationals.

The Filipino-American outside hitter — who came to the Philippines a year ago — was declared ineligible after failing to meet the two-year residency required by the International Volleyball Federation (FIVB), as per Larong Volleyball sa Pilipinas, Inc. (LVPI) president Joey Romasanta.

Mau represented the flag and country in the first leg of the ASEAN Grand Prix. She was also a fixture for the Philippine contingents in the intensive training camps in Thailand and Japan.

But from hereon out, Maraño and her sisters-in-arms can only move forward from this roadblock. The end goal, after all, is to bring glory to the country.