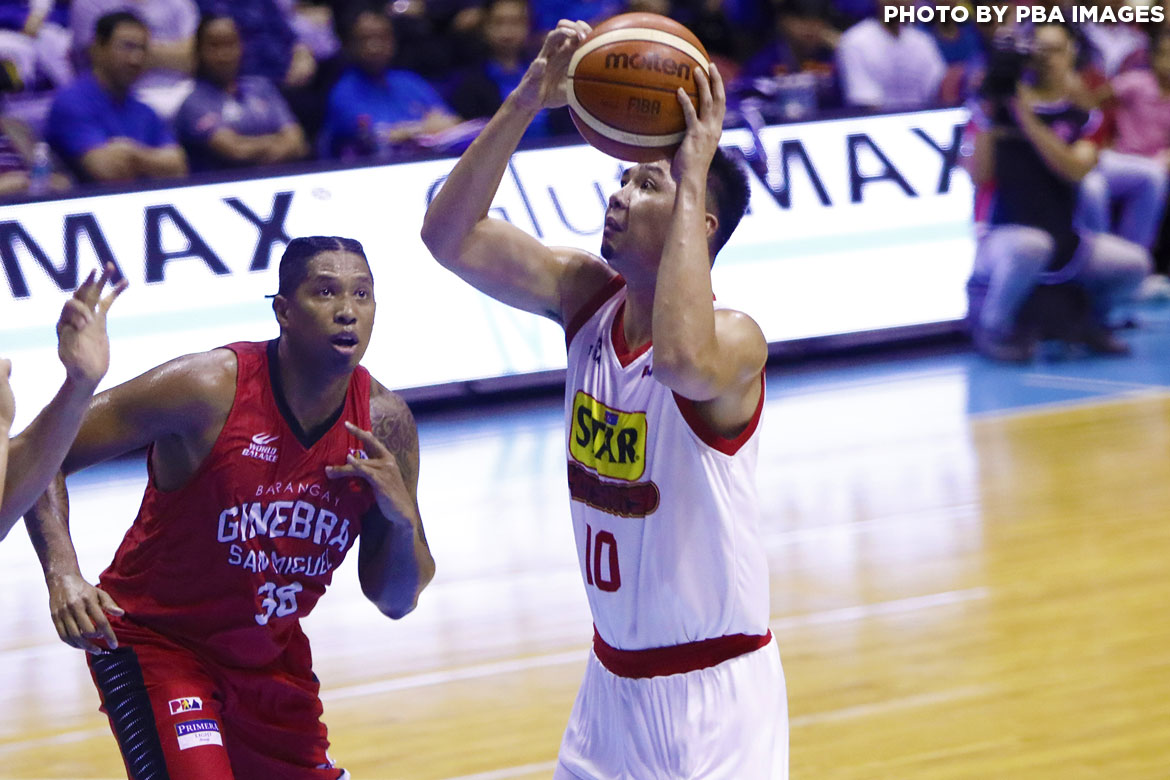 It hasn’t been noticed by a lot of people, but Ian Sangalang is actually providing commendable steadiness for the Star Hotshots this 2017 Governor’s Cup.

The six-foot-seven Kapampangan delivered the goods Friday night, in the Hotshots’ skid-ending 106-78 victory over the Globalport Batang Pier. There, he finished with 17 points and 10 rebounds in nearly 23 minutes of action.

After Friday’s win, the former NCAA MVP with the San Sebastian Stags is now averaging 13.5 points and 6.9 rebounds. And with those numbers, the 25-year-old is enjoying the best conference of his career so far.

For Sangalang, however, he is simply taking advantage of the chances given to him by Hotshots head coach Chito Victolero.

But despite his numbers, the second overall pick of the 2013 Draft still gave credit to his teammates for helping him put them up.

Friday’s victory puts Star in a much better position heading into the playoffs. But before fully setting their sights on the next round, the Hotshots will have to face yet another tough match-up against the TNT Katropa this coming Sunday.

And for Sangalang, their win over the Batang Pier is a good confidence-builder heading into that clash.