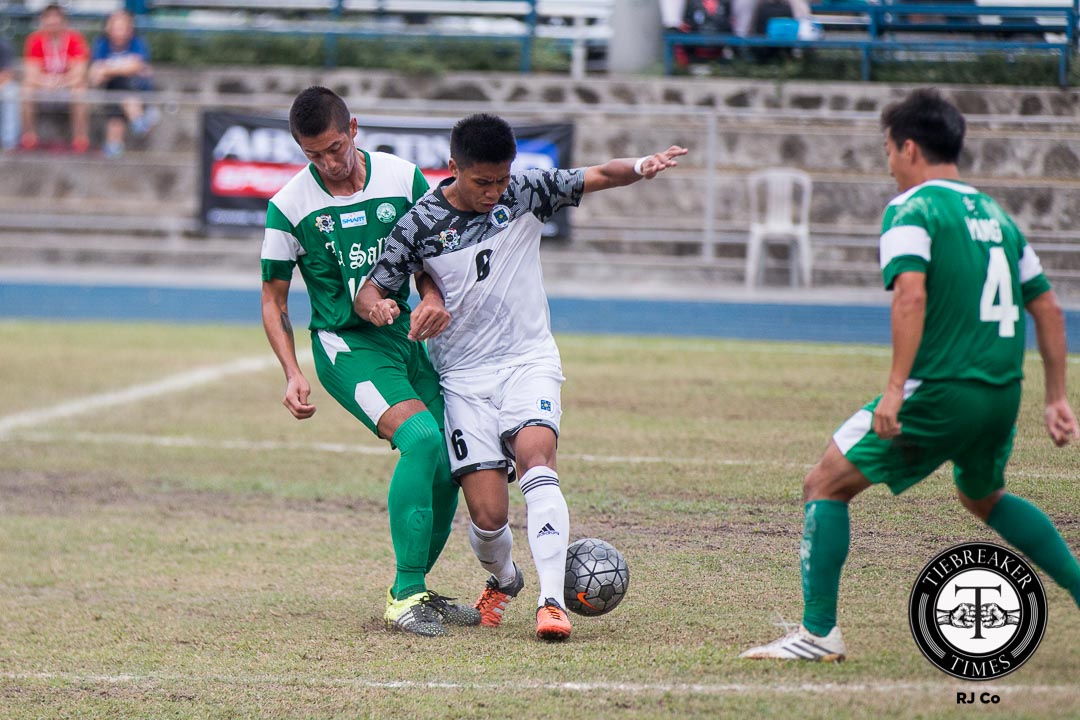 After a cagey 90 minutes of football, the De La Salle University Green Archers and the University of Santo Tomas Growling Tigers battled to a 1-1 draw Thursday afternoon at the Moro Lorenzo Football Field. In effect, both teams remain without a loss after playing three games each this season.

UST were the livelier team in the first half, their aggressiveness leading to more chances in the opening 15 minutes. After forcing De Guzman to an early save, the Tigers broke the deadlock from a set piece. It was Ian de Castro who nodded the ball 17 minutes into the game. The goal gave UST more confidence on the attack as they continued to dictate the pace. They had two chances from set pieces, which unfortunately didn’t seriously threaten the La Salle defense.

After 30 minutes, the Lasallians gained footing and began to create for themselves. Jose Montelibano and Jed Diamante took the initiative for DLSU, but neither player was able to immediately ease the pressure. Instead, UST attempted to hunt, albeit unsuccessfully, for an insurance goal. With the score still level approaching halftime, Montelibano pounced on a tap in to restore parity going into the interval.

In the second half, both teams played more cautiously. Chances were few and far in between, mostly for the Archers. The introduction of substitutes Javi Romero-Salas, Cristian Zubiri, and Jiggs Cruz added spark to the Archers’ frontline. Four minutes after the hour mark, Gregory Yang concluded a promising sequence with a shot too strong and too high for it to be on target. That moment provided a springboard for La Salle to venture deeper into the UST half. Rarely forced behind the ball, the men in green were forcing their way forward, but the sturdy UST held firm.

Their resistance was put to the test when Karl Bronda was booked for the second time in the game. The Lasallians were, nevertheless, unable to take advantage of the latter stages of the game. The closest they got to scoring came in the final minute. Cruz gained space on the left side and decided to set up Gelo Diamante. The captain ended up firing his attempt over the bar. Time expired soon after, leaving both teams settling for a stalemate.

Marjo Allado heaped praise on his players, particularly with the way they dealt with the La Salle attacks when they went a man down. “Kita sa players na ‘yung performance nila nandiyan pa rin. UST played really well,” he said. The UST coach was particularly happy with how his team set the tone early with their fine passing game. Allado is hopeful to see more from his team when they take on NU this coming Sunday evening.

La Salle tactician Coach Hans Peter Smit, on his part, criticized his team for lacking attitude through the match. “They started the first half like they started in their first two games. They’re not picking up right away,” he observed. Expressing concern, Smit hopes his team takes this as a wake-up call. Their next game is against last year’s champions FEU on Sunday, just before the NU-UST game.

As it stands, La Salle sit on top with seven points (1-1-0 W-D-L record), a point clear of second-placed National University. The Tigers move up to third, temporarily, with five points (1-2-0 W-D-L record) to their name. 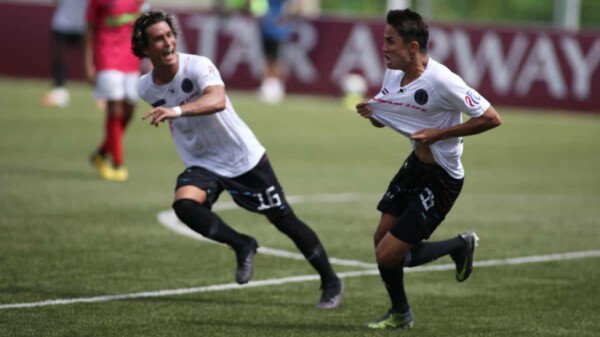