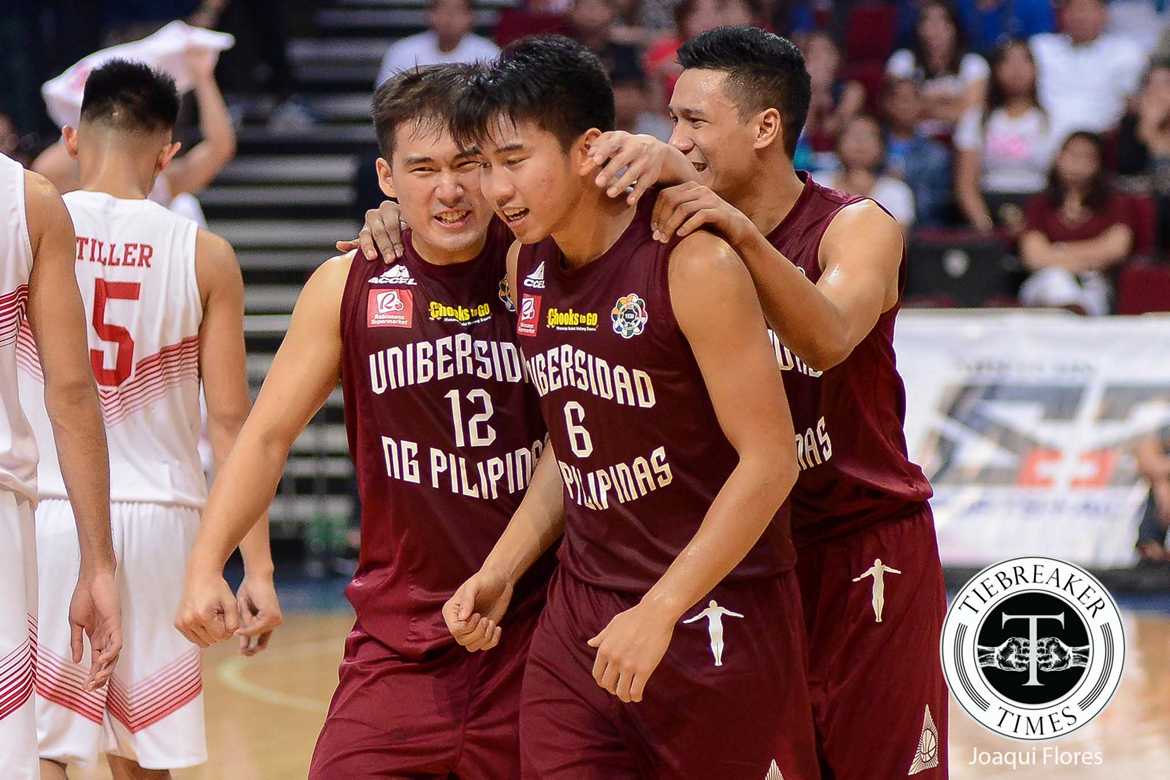 Xaverians Jett Manuel and Jarell Lim are at different ends of the spectrum of their collegiate career with the University of the Philippines Fighting Maroons.

And, just when the UP needed them most, the boys from San Juan came through, playing clutch minutes in the Maroons’ first win of UAAP Season 79.

After three futile tries, the Diliman cagers found the apt crunch time lineup against the UE Red Warriors, of which Lim and Manuel were pivotal. The two combined to score seven of UP’s last nine points in the game.

Playing in his final year for UP, Manuel sorely wanted to break his team’s losing slump and start winning games.

“It being your last year, you just want to go out on a good note,” said the 6’1″ shooting guard. “You don’t want to go out at 0-14. I had a goal this season to start winning. We may not be in the high rankings but I want to give back to the program.”

“That’s how I want to give back; just start winning a little bit here and there just to slowly get over that mental hump.”

Playing for the perpetually hungry Maroons, there was pressure on Manuel to finally break UP’s losing culture.

“Sa kagustuhan kong manalo, it reflected on how I play.

A sophomore, point guard Jarrell Lim was glad to earn the trust of the coaching staff.

Hailing from the same program, there’s always pride in Manuel and Lim when they get to share the court in the UAAP.

“Kapag galing Xavier, parang little brother mo na rin. I try to talk to him and he listens to me naman. It’s nice to see that he’s being able to contribute and we’re finishing games together,” Manuel reflected.

“It feels good na nakakasama ko siya dito and nakakatulong ako sa team at sa kanya to get a win. Kasi it’s been a while,” Lim closed.

The Maroons aim for their second win on Sunday, 2 pm, against the Far Eastern University Tamaraws at the Smart Araneta Colesium.