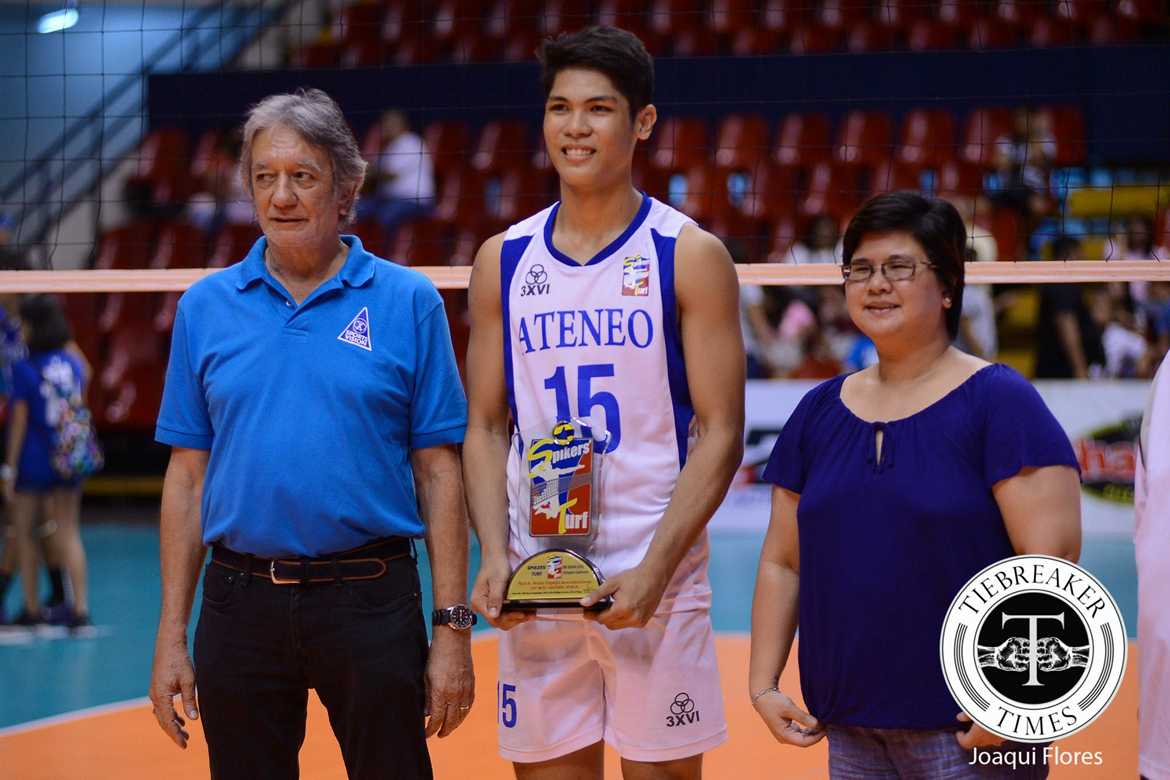 It’s not only because his second name is Jesus, but Ateneo Blue Eagles head coach Oliver Almadro considers Marck Espejo a blessing from God to Ateneo because of the sudden turnaround in the Blue Eagles’ program since he came to Loyola Heights.

The 6’0” open hitter has nabbed the MVP award in all three of his UAAP seasons, leading the Blue Eagles to the Finals thrice and to championships in Season 77 and 78. Before he arrived in Katipunan, the Blue Eagles were perennially out of the Final Four.

In the Spikers’ Turf, Ateneo are flat-out dominating, having swept both seasons of the Collegiate Conference en route to gold. As usual, Espejo won the MVP award in both tournaments.

“As I’ve told you before, he really is God’s gift to Ateneo,” the outspoken Almadro remarked about Espejo.

“I always keep telling him and my players that individual awards come with team success. So if we focus on making everyone around us better, the awards will come with the championship.”

Espejo echoes his coach’s sentiments, stressing that he never looks at his individual stats.

#ReadMore  Slow starts catch up to UP during streak-stopping loss, admits Monteverde