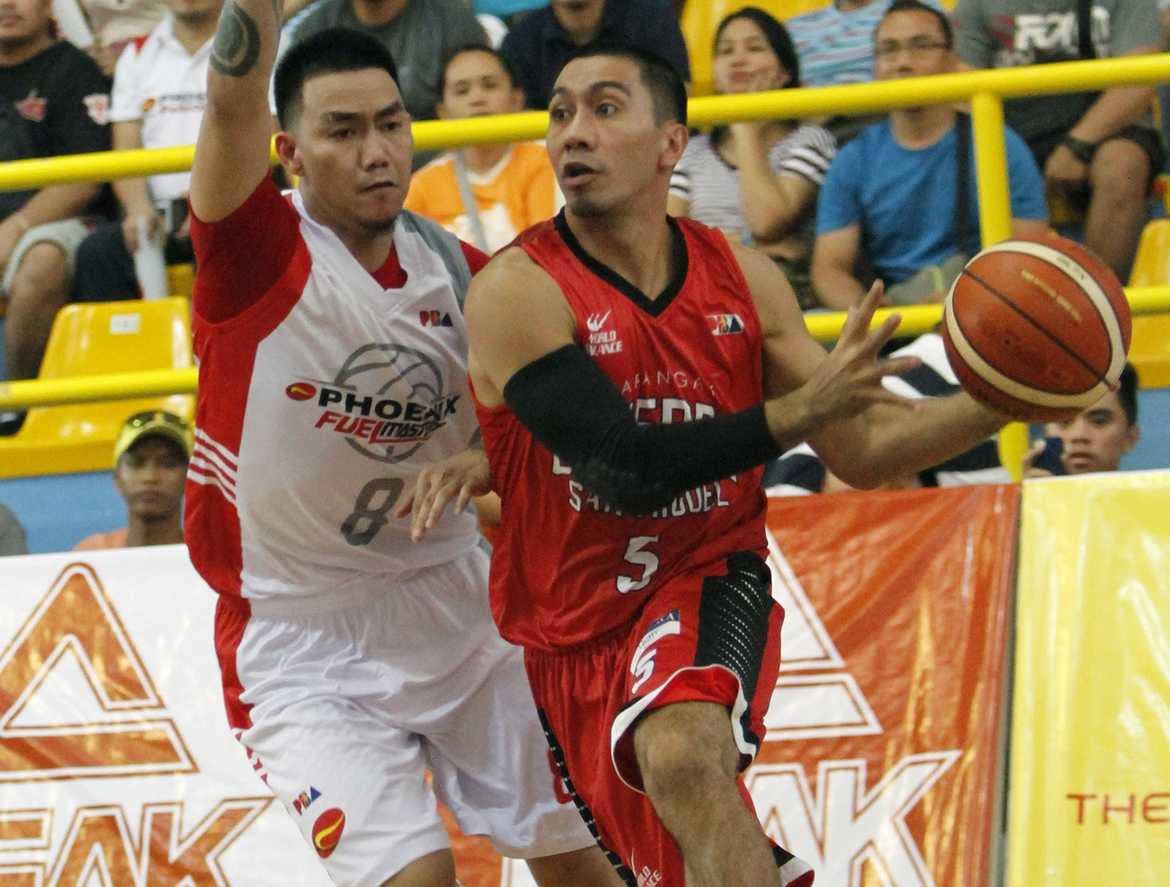 When the going gets tough, Ginebra knows who to call.

Down by a point in the closing seconds of the game, LA Tenorio added to his long list of clutch baskets drained a 15-foot jumper with 1.2 seconds to lift Barangay Ginebra San Miguel to a come-from-behind 102-101 win over the Phoenix Fuel Mastersin the Petron Saturday Special of the 2016 Oppo PBA Commissioner’s Cup at Panabo Multi-Purpose Tourism, Cultural, and Sports Center in Davao del Norte.

Ginebra played a horrendous first half stemming from the first quarter. With Ginebra up 12-10, Phoenix went on a 14-2 rally that spanned three minutes to go up by 14, 26-12. RR Garcia drained two triples in the rally while Kevinn Pinkney powered his way inside during that run as Phoenix went up 31-17 to end the quarter.

Defensive lapses plagued Ginebra in the second quarter as the Phoenix lead ballooned to 41-26 early in the quarter. Pinkney and Garcia continued to surge while Ginebra had to rely on Othyus Jeffers just to stay alive. Phoenix held an imposing 56-39 lead to enter the break.

“We didn’t play well all night while they played very well,” said Cone. “I’m still kind of in shock. I don’t know how we got that one. They really dominated us and we got to play better than this.”

Slowly, Ginebra was able to chip away the lead possession by possession in the third canto. Greg Slaughter came alive in the quarter as he helped cut down the lead to single digits 66-59 at the midway point of the quarter. A three-point play by Sol Mercado cut the lead to just four later on while sparkplug Scottie Thompson went on a personal 6-0 rally to tie the game at 70-all with 2:19 left. Triples by Garcia and Emman Monfort stopped the Phoenix bleeding but a putback by Jeffers closed out the quarter that cut the Phoenix lead to just five, 80-75, to enter the final quarter.

Slaughter was able to give his team a taste of the lead 86-82 with six minutes left in the game. However, Monfort sparked a Phoenix rally later on as he drained a triple that started an 8-0 run to give Phoenix a 97-90 lead with two minutes remaining.

Kevinn Pinkney gave the Fuel Masters a 101-96 lead in the final minute before Joe Devance connected on a huge triple with 42 seconds to go. Ginebra would then force a stop which led to a Jeffers split from the free throw line with 9.8 seconds remaining. Devance got the rebound off the miss, which paved the way for the Tenorio game-winner. Pinkney was unable to drain the desperation jumper at the buzzer.

“It was a tough shot and the referee gave it to us,” said coach Tim Cone of Tenorio’s game-winner.

Ginebra (4th, 5-3) will next face Tropang TNT on Wednesday, March 30 at the Smart Araneta Coliseum. On the other hand, Phoenix (11th, 2-5) look to salvage what is left of their season as they face the Rain or Shine Elasto Painters on Friday, April 1 at the PhilSports Arena.

Late goals key as UP beats UST to resuscitate campaign