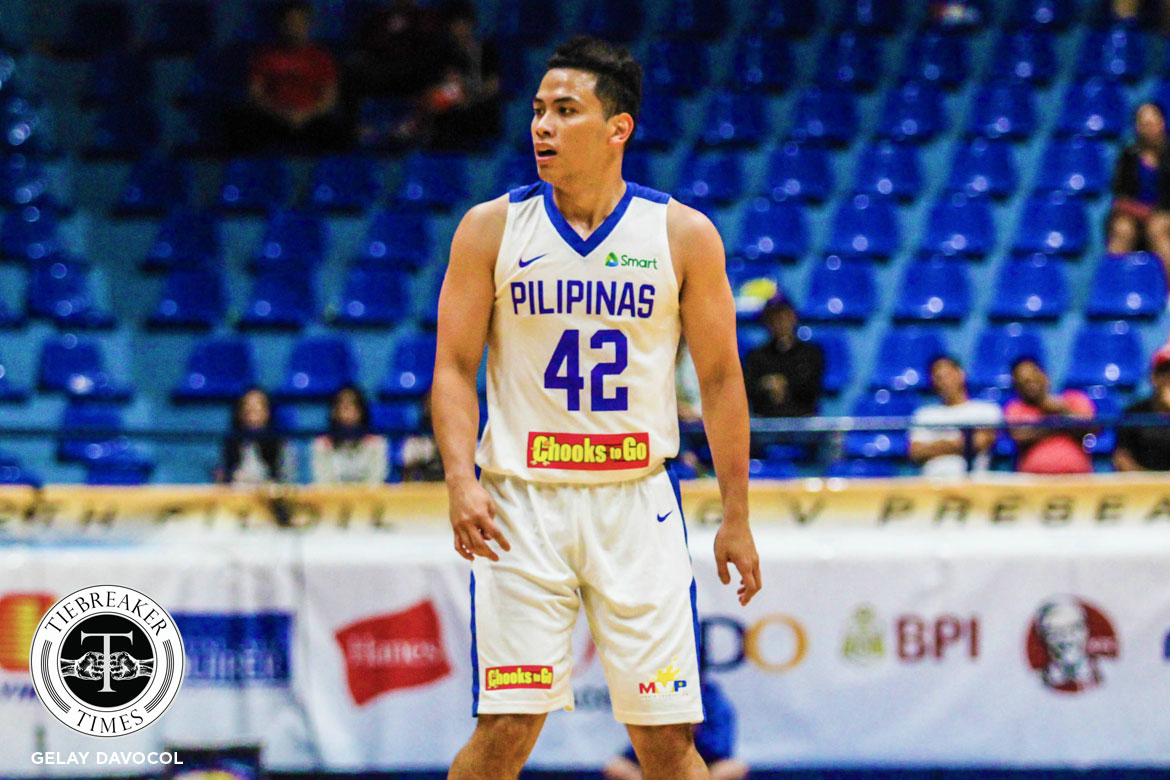 After a disappointing campaign that saw them drop five of their nine games, the Gilas Pilipinas 23 for 2023 Cadets finished the tournament on a high note after dismantling the Emilio Aguinaldo College Generals, 82-69, in the 12th Filoil Flying V Preseason Cup presented by Chooks-to-Go, Tuesday at the Filoil Flying V Centre.

Up by 10 in the 6:18 mark of the third quarter, Matt Nieto poured in seven points in Gilas’ 10-0 run that further buried the Generals, 59-39. However, Generals’ skipper Jerome Garcia led a 9-0 counter-attack and trimmed the deficit to 11, 59-48. Ricci Rivero doused water on the fiery Generals and drained a three-pointer to stop EAC’s attack, 62-48.

It was a nip-and-tuck fourth quarter, with both teams exchanging baskets, preventing the Generals from mounting a comeback – and ensuring they suffered their eighth straight defeat.

Despite ending their campaign with a win, Gilas head coach Jong Uichico was not impressed with the way his wards played.

“None, except for the win. Other than that, none. They didn’t play hard, they took the other team for granted. We didn’t played defense, we just won because we were better as individuals, not better as a team,” said Uichico..

However, on a lighter note, Uichico still acknowledged the growth of his players over the entire Filoil Preseason Cup.

Matt Nieto poured in 10 of his 15 points in the third quarter. Kenneth Tuffin chipped in 13 points, while Ricci Rivero added 10 points for Gilas.

The Cadets ended their campaign with a 4-5 slate.