Ever Bilena repeated over Blackwater in the finale of the Women’s Chooks-to-Go Pilipinas 3×3 MelMac Cup leg two, presented by Gold’s Gym and Coca-Cola, taking a 21-13 (9:55) triumph, on Saturday.

Janine Pontejos provided an early spark in the game, scoring three straight points to break and early 2-2 deadlock and never look back.

The trio of Afril Bernardino, Gemma Miranda, and Janine Pontejos ran roughshod on Blackwater, helping build an 18-12 lead cushion with 2:16 left. Miranda ended Blackwater’s misery with a jumper with 4.9 seconds to go.

Ria Nabalan was the topscorer for Blackwater with six points.

The third leg of the MelMac Cup takes place on Wednesday, October 16 still at Gold’s Gym Sheridan in Mandaluyong City. 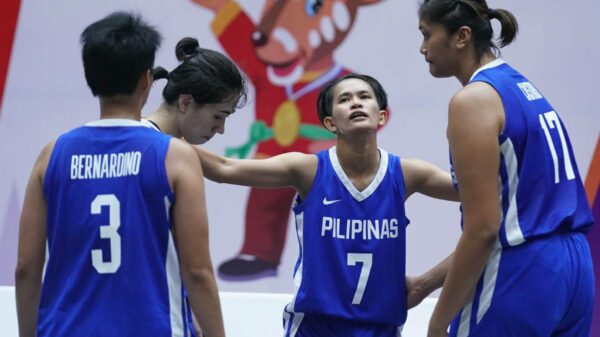