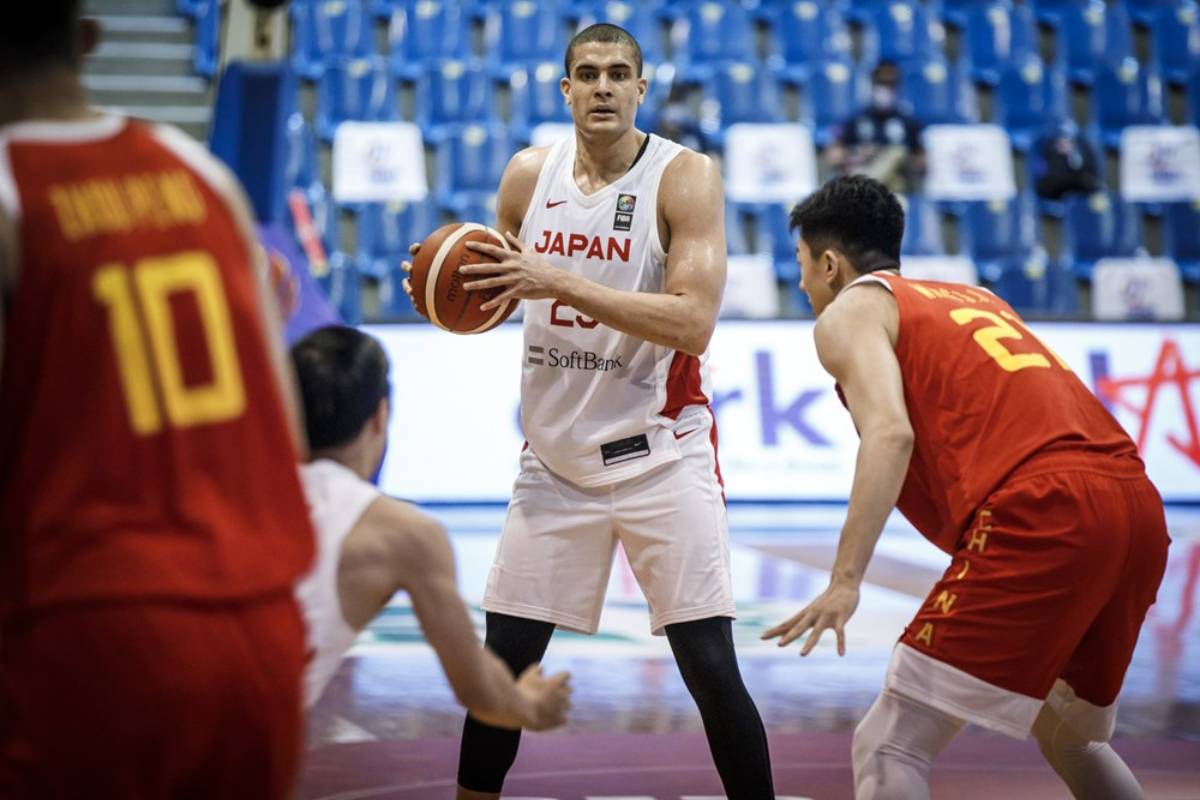 Gavin Edwards lamented fouling out during such a critical juncture when Japan battled China in the 2021 FIBA Asia Cup Qualifiers, Wednesday.

The naturalized Japanese got whistled for his fifth and last foul with 3:11 remaining in the game — a time when the Akatsuki Five were in the midst of a furious comeback attempt that saw them chop a 20-point deficit to just seven.

Shen Zijio then split his freebies off that call. Zhou Peng and Zhao Jiwei conspired afterward, bringing the lead to 13 with 1:49 left to play.

And those proved the final blows that sent the Japanese down to the mat, 57-66. They also suffered their first defeat in the qualifying tournament.

“That really hurt the team when we were making a run. That, definitely, wasn’t good,” offered the 6-foot-9 big man moments after the match at the AUF Sports and Cultural Center in Angeles, Pampanga.

The stinging loss also marred the debut of Edwards with the men’s national team as its naturalized player. The former University of Connecticut standout was just granted Japanese citizenship earlier this year.

He logged in a total of 21 minutes and 36 seconds before his ejection. In that time, he produced eight points on 4-of-10 shooting from the field along with six rebounds, three assists, two steals, and a block.

Edwards wasn’t shy to admit that he found it hard to find his groove early. He also struggled to adjust to the game’s up-tempo pace.

“This is my first game playing for the national team. I knew that it was gonna be a different experience for me, but I kinda had trouble in the beginning; kinda finding my pace ’cause it was so high tempo,” the Chiba Jet said.

“And, I felt like I was kinda playing out of myself a little bit. But I felt like I kinda felt my rhythm towards the end of the second half. But unfortunately, I got in foul trouble.”

Still, the cager from Arizona looks at it as a learning curve, as he aims to adjust better with the kind of speed the international game has.

“Coach [Julio Lamas] always talks about us playing with our pace, each team has their own style and pace and usually the team that wins is the one who imposes [theirs]. It’s definitely a little bit different, and I have to do a better job adjusting,” said the well-traveled cager from Gilbert, Arizona.

“But it was definitely a good experience and something I can learn from.”

The defeat may have been disappointing, but there’s still that elation within Edwards. He finally realized his dream of representing Japan in the global stage following the long, tedious process of naturalization.

“It was definitely a difficult process. They’re very strict with all the documents you have to submit and all that stuff, so it was definitely a process. But I felt very accomplished once I got it, and just proud to be representing Japan,” he said.

“This is what everybody dreams of — representing your country and being able to play on the international stage like this. I definitely feel like this is a big accomplishment. I’m very thankful to be here.”