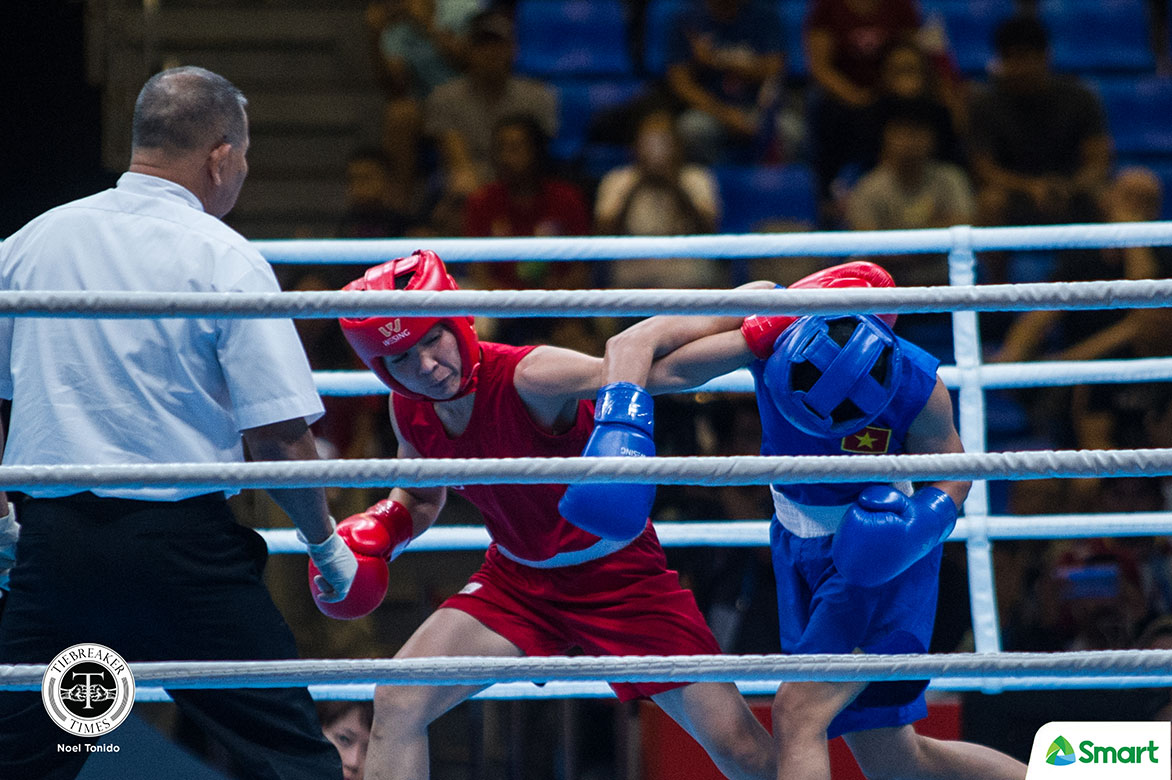 Josie Gabuco closed in on extending her reign, as the light flyweight queen of the regional meet for the fifth consecutive time following a unanimous decision win over Trinh Thi Diem Ki of Vietnam. 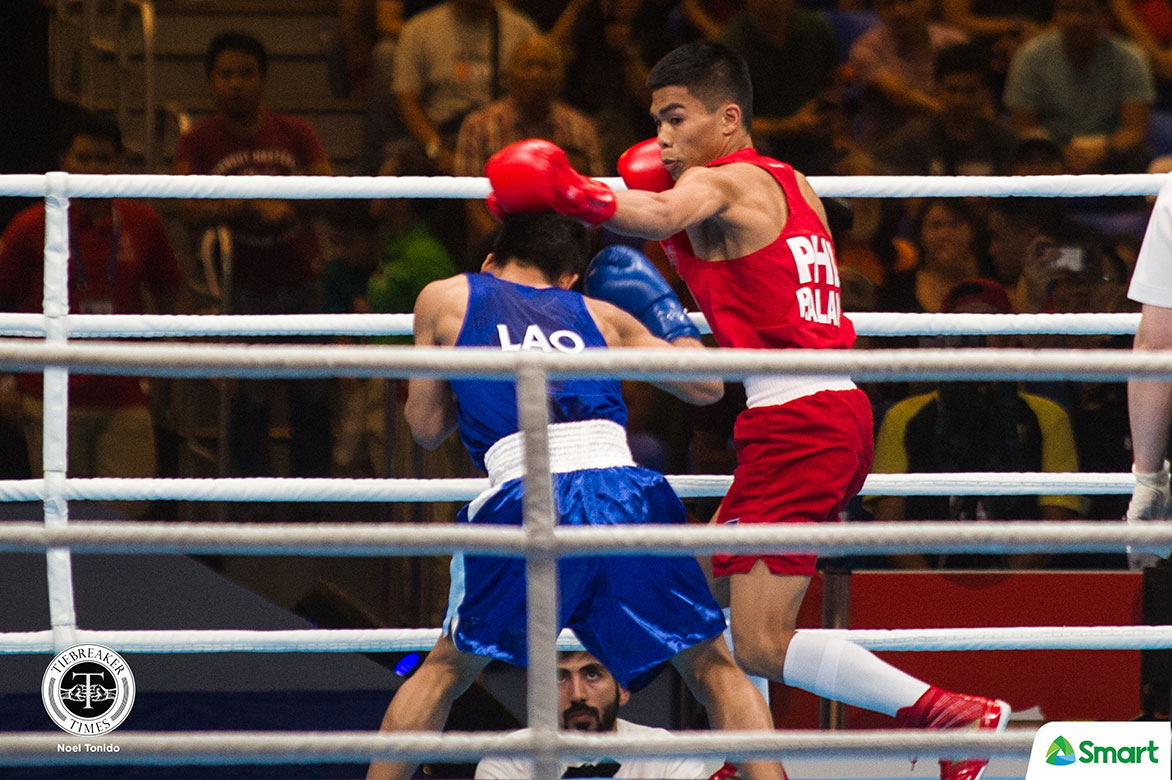 “Nanggigil ako kasi gusto ko bumawi talaga,” he said, since he finally got the payback he has been looking for after losing to the Malaysian in the quarters of the 2017 Games in Kuala Lumpur.

Eumir Marcial then made quick work of Malaysian foe Asw Mohd Che Azmi. The referee stopped the bout at just the 1:06-mark of the opening round to head into the men’s middleweight title bout.

Not all Filipino boxers who competed in the third day, though, had the same success.

Ian Clark Bautista, meanwhile, bade goodbye to his gold medal aspirations in the men’s bantanweight category. He bowed to Butdee Chatchai-Decha, also of Thailand via UD.

Villegas and Bautista settled for bronze.