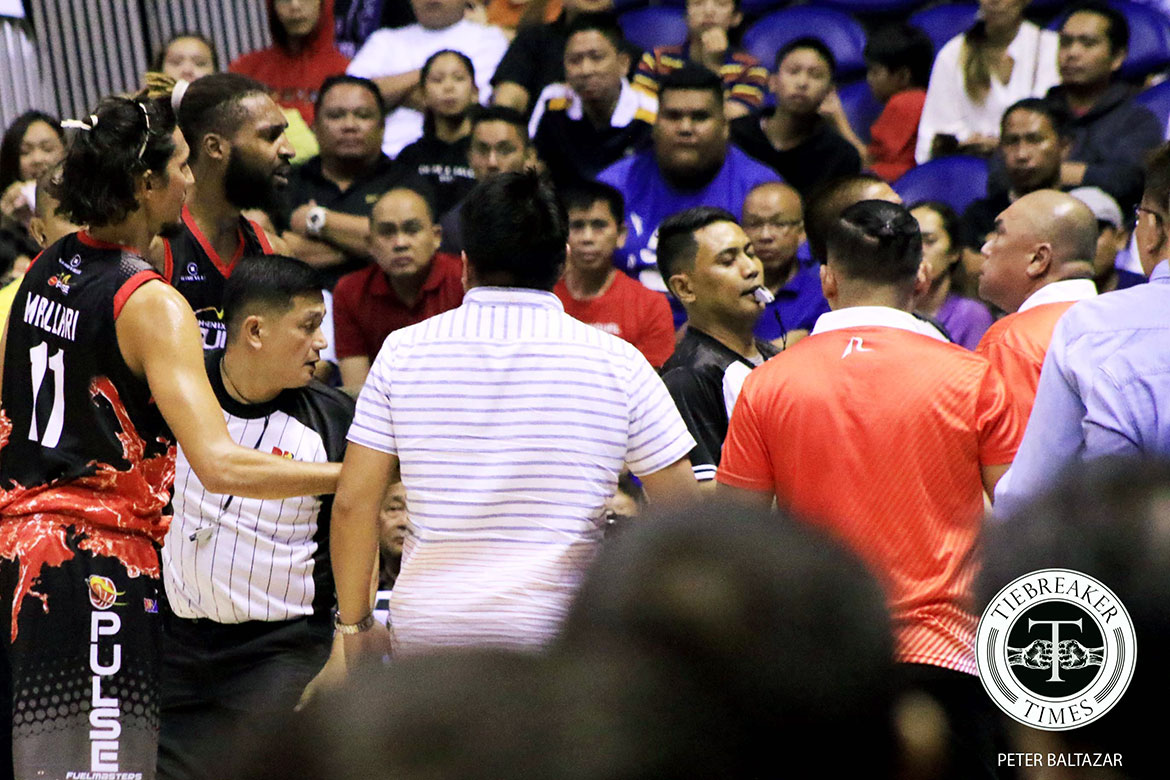 The two got into a verbal exchange with 8:44 remaining in the fourth quarter, while NorthPort import Prince Ibeh was shooting from the foul line. It was so heated that players and referees had to get in between to pacify things.

The seasoned mentor said that Howell cursed at him while he was instructing his center Mo Tautuaa on a play.

On the other hand, Kevin Ferrer confirmed that the former Best Import winner with the Talk N Text Tropang Texters cursed at Jarencio, his college coach for a few years in the UST Growling Tigers.

Howell respectfully declined to grant interviews from the press.

Still, the Fuel Masters came out of the SMART Araneta Coliseum with the 97-87 victory. For Jarencio, the loss – which snapped their four-game winning streak – was somehow due to the Batang Pier’s fault.