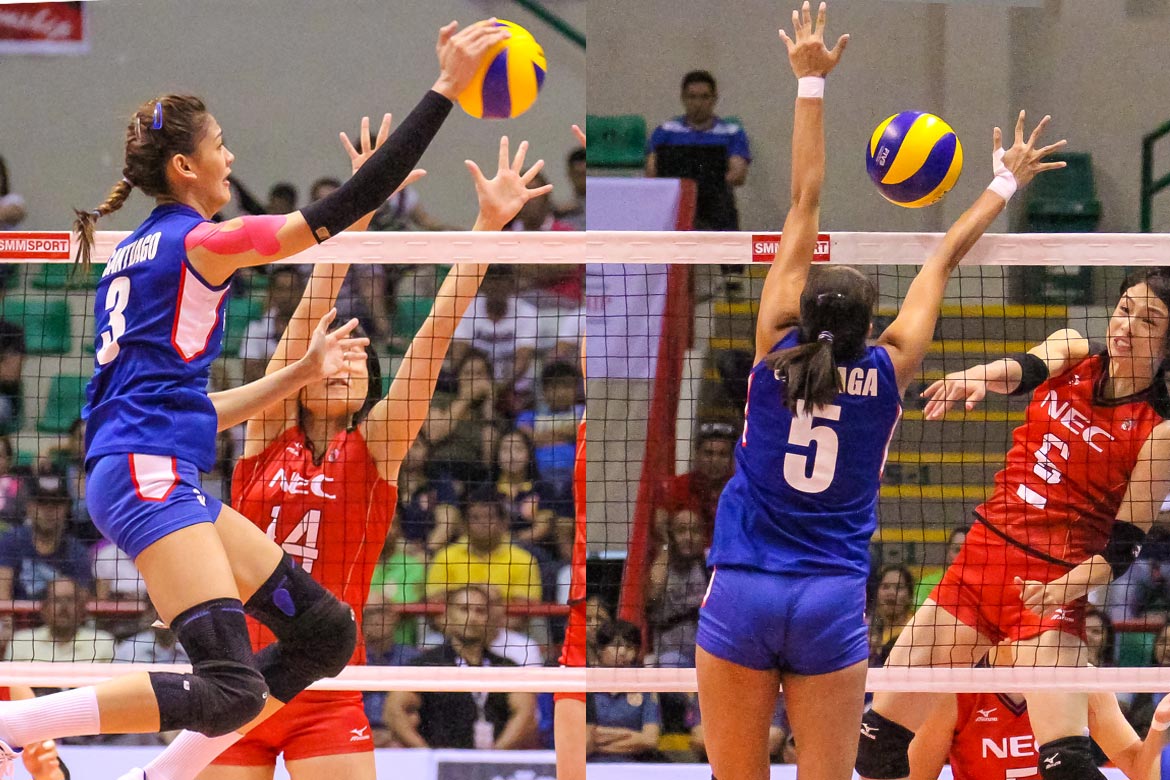 The status of Philippine volleyball was plain to see in Foton’s tilt against Japanese club NEC Red Rockets in the AVC Asian Women’s Club Championship at the Alonte Sports Arena in Biñan, Laguna.

The Pinays were outclassed in every facet of volleyball. There were few short moments when Foton were able to keep up with the Red Rockets, but only because the Japanese let them stay close.

According to Santiago, there was no sense of nervousness or tension throughout the team before the match. Instead, they were excited to face a world-class club squad.

For the spiking pride of Guimaras Gonzaga, the match illustrated how far the Philippines has to go before reaching the top teams in Asia.