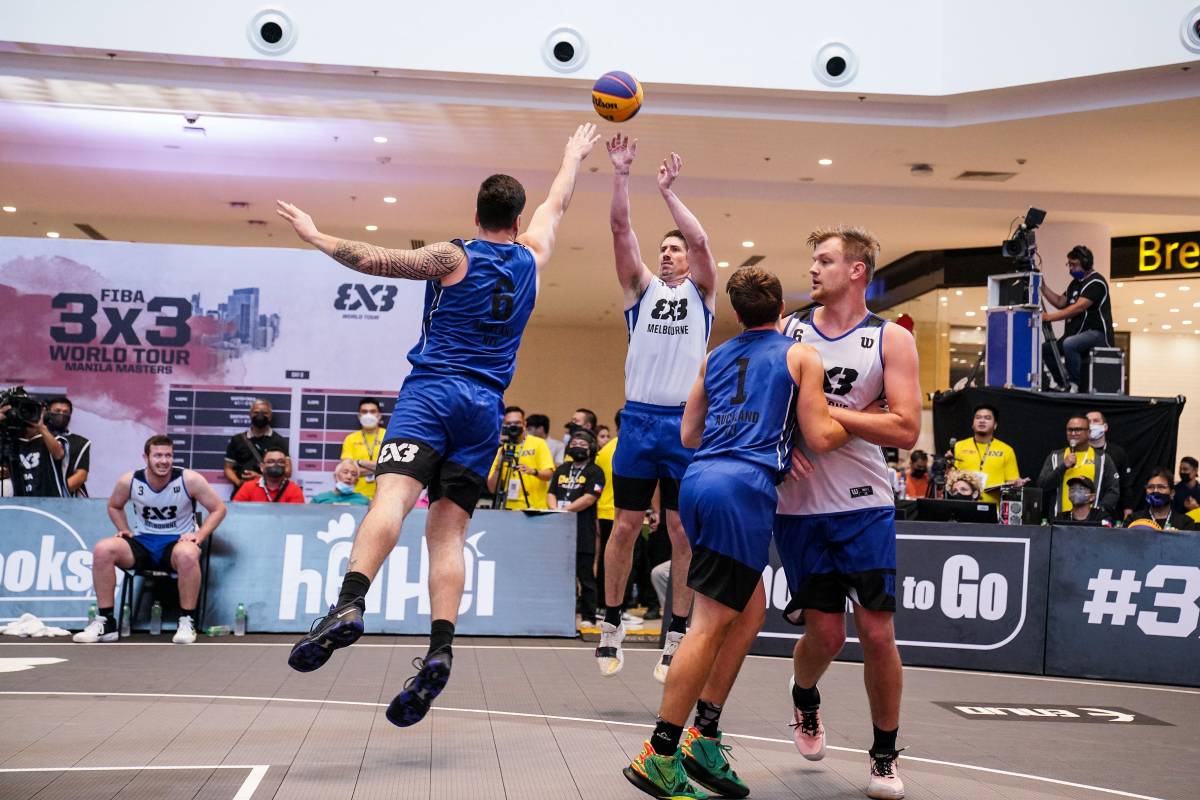 Melbourne dominated Auckland in an all-Oceania showdown, 21-10 (6:48), to sweep its way to the main draw of the 2022 Chooks-to-Go FIBA 3×3 World Tour Manila Masters, Saturday at the Ayala Malls Manila Bay in Paranaque.

Andrew Steele led the attack with nine points, including the finishing deuce with 3:12 remaining as the Australian club topped the qualifiers with a 2-0 record to complete the 12-team cast — and a chance to win $40,000.

Jesse Wagstaff made five points, highlighted by the game’s opening basket that sparked a 7-0 assault that set the tone for the one-sided affair.

Greg Hire supplied four markers as Cooper Wilks added three in the victory, where they hardly showed any adverse effect of their gritty 21-16 (8:41) conquest of Yokohama to raise the curtains of the two-day hostilities.

The road, though, won’t get any easier for Melbourne. They are grouped in Pool B, together with world no. 2 Antwerp and Sansar MMC Energy.

The qualifying draw wrapped up with Auckland keeping Yokohama winless through a 21-10 (6:52) beatdown to conclude its campaign on a high note.

The Philippines’ top-ranked 3×3 player was among the three players who finished with seven points to book a spot in the grand contest.

Others were Wagstaff and Yokohama’s Tatsuhito Noro. Chris McIntosh of Auckland completed the four-man cast with six points in 29.33 seconds, eliminating Strahinja Stojacic as the Ub gunner scored as much in 30 ticks.

The Shootout final takes place on Sunday at 5:50 PM with the winner taking home $500. If any of the four players score above the record of 17 shots made, he brings home $5,000.

The opening ceremony and the main draw is taking place as of publishing.