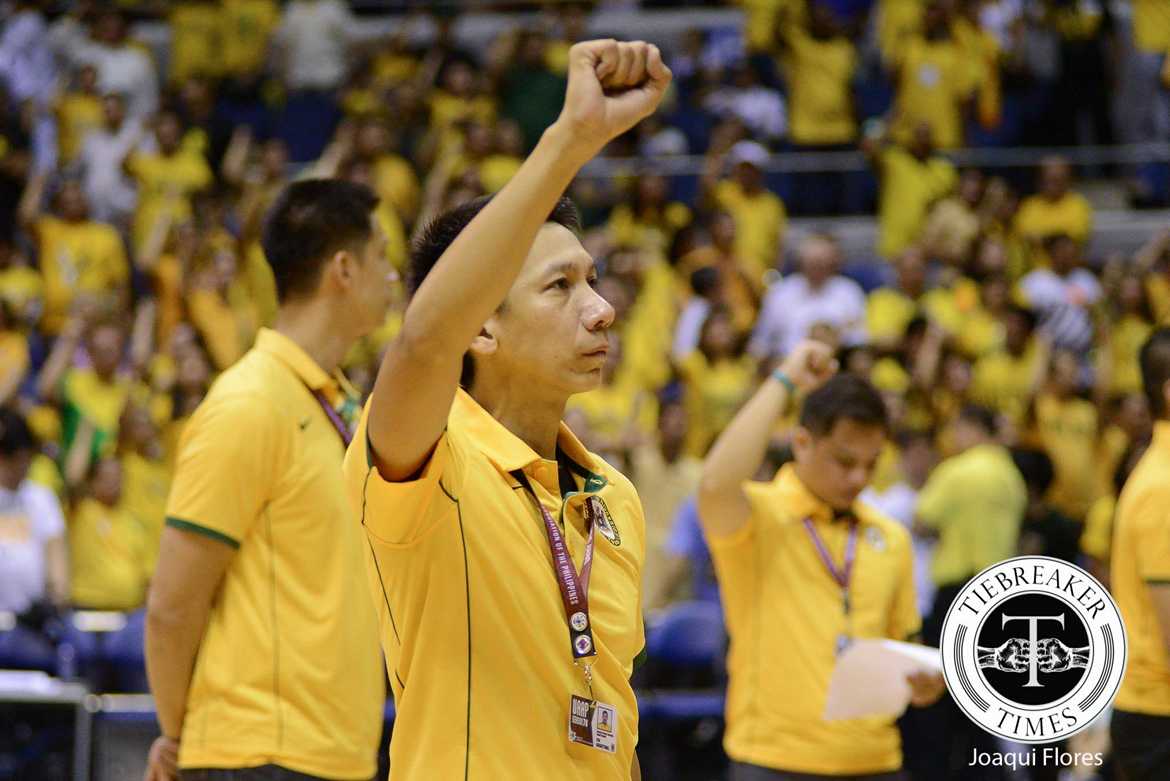 Last Wednesday, news broke out from various outlets that Far Eastern University head coach Nash Racela is set to take over the TNT Ka-Tropa franchise as chief mentor of the club team. The news left questions of whether Racela, who has been an assistant coach for TNT the past 10 years, can continue to be head coach of the defending UAAP champions and their bid to win back-to-back crowns.

After FEU escaped the grasps of the University of the Philippines Fighting Maroons Saturday afternoon, FEU’s board member to the UAAP Mark Molina shed light on the rumors. He neither quashed nor confirmed the transfer.

However, both Racela and Molina have been constant communication about the matter as it was developing a couple of weeks ago said Molina.

“Nash and I have been constantly in touch the last couple of weeks. Pinag-uusapan na nga yun,” he furthered. “Ang only concern lang namin at FEU which is to make sure Nash will finish the season.”

However, the officials of the school have never doubted Racela’s commitment to the school and the community. Moreover, if ever the move occurs after the season, Molina, speaking on behalf of the school, will make sure that the UAAP Season 78 champion coach will be with FEU in whatever capacity he can give.

“Wala namang doubt. I know Nash won’t leave the team at the middle of the season. Our main concern right now is Season 79,” the FEU board member said.

“Siyempre ang una naming concern is yung reaction ng mga players. It might have an effect but nash has addressed the team. Wala ng distraction ng ganito. Moving forward, we don’t want to talk about Season 80.

“If Nash gets the TNT position, we will do everything in our power to keep Nash in the FEU organization, in whatever capacity which he can help us. ‘Yan ang sigurado. of course, pending the blessing from TNT and Nash himself.”

But whatever Racela’s decision is after the season, the Tamaraws vow to support him.

#ReadMore  In his final year, Ricci Rivero embraces leadership role in UP

“It was always clear when Nash joined FEU that when an opportunity like this comes up, we’ll gladly accept his decision and support him 100 percent.”