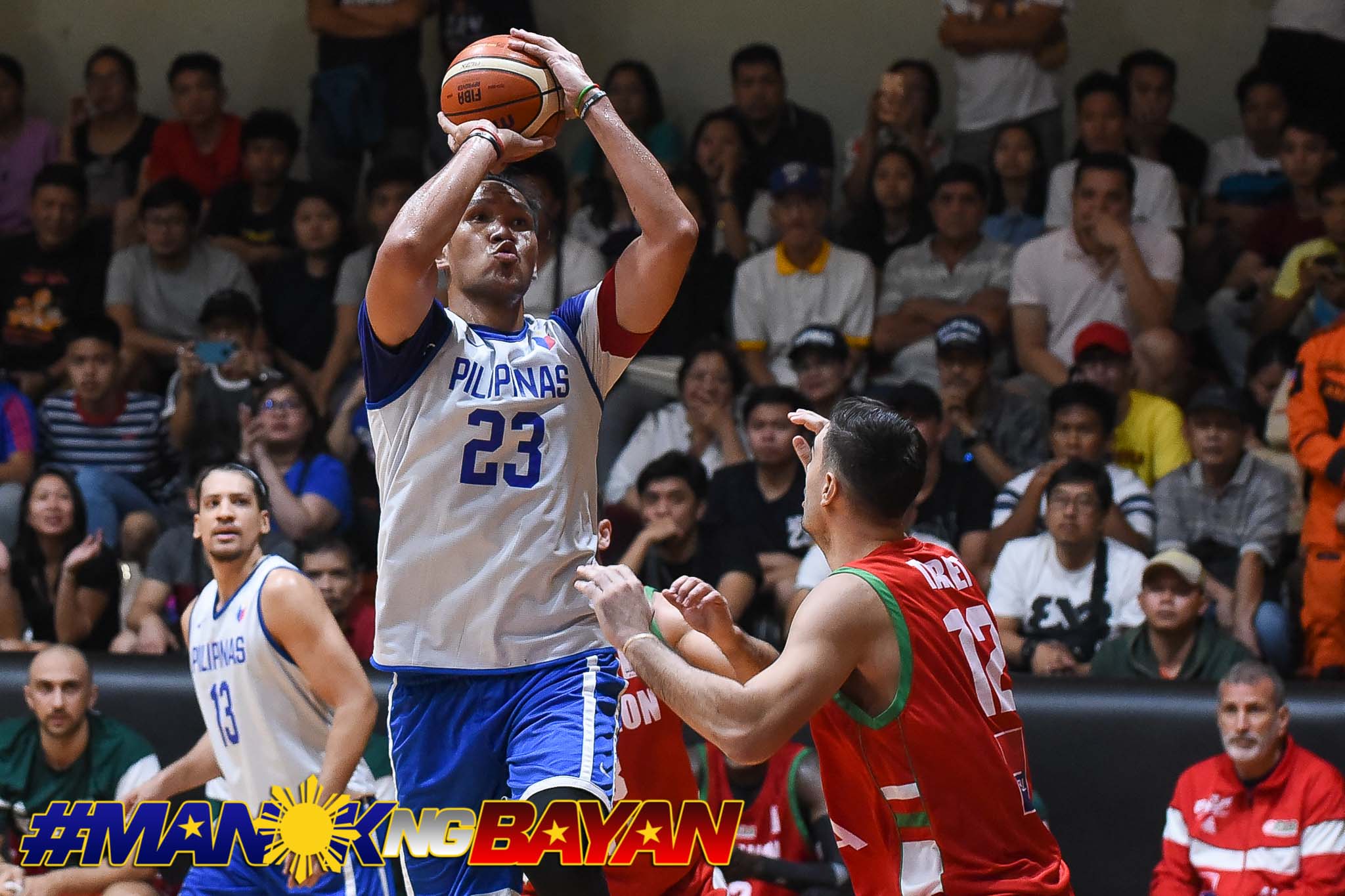 Gilas Pilipinas withstood a game challenge from San Miguel Alab Pilipinas before walking away with the 98-95 victory in a tune-up match Monday evening at Meralco Gym in Pasig.

But June Mar Fajardo proved clutch, scoring on an and-one bucket with 43.5 seconds left to play to widen Gilas’ lead to five. Alab still tried to fight back but time wasn’t enough anymore.

Reigning five-time PBA MVP Fajardo top-scored for Gilas with 21 points, 12 of which came in the fourth quarter alone.

“Down the stretch, we did what any smart coach would do: we rode June Mar. We jumped on his back, we rode him and he won the game for us down the stretch,” said coach Tim Cone.

The Filipino dribblers missed Troy Rosario (calf injury) in the tuneup, which is part of their preparations for the 30th Southeast Asian Games set on November 30-December 11.

Kiefer Ravena, who will take the place of the injured Jayson Castro in the pool, watched the match from the sidelines.

Gilas and the Jimmy Alapag-mentored Alab will figure in another friendly next Monday, November 11, still at the Meralco Gym. The game will once again be held behind closed doors.