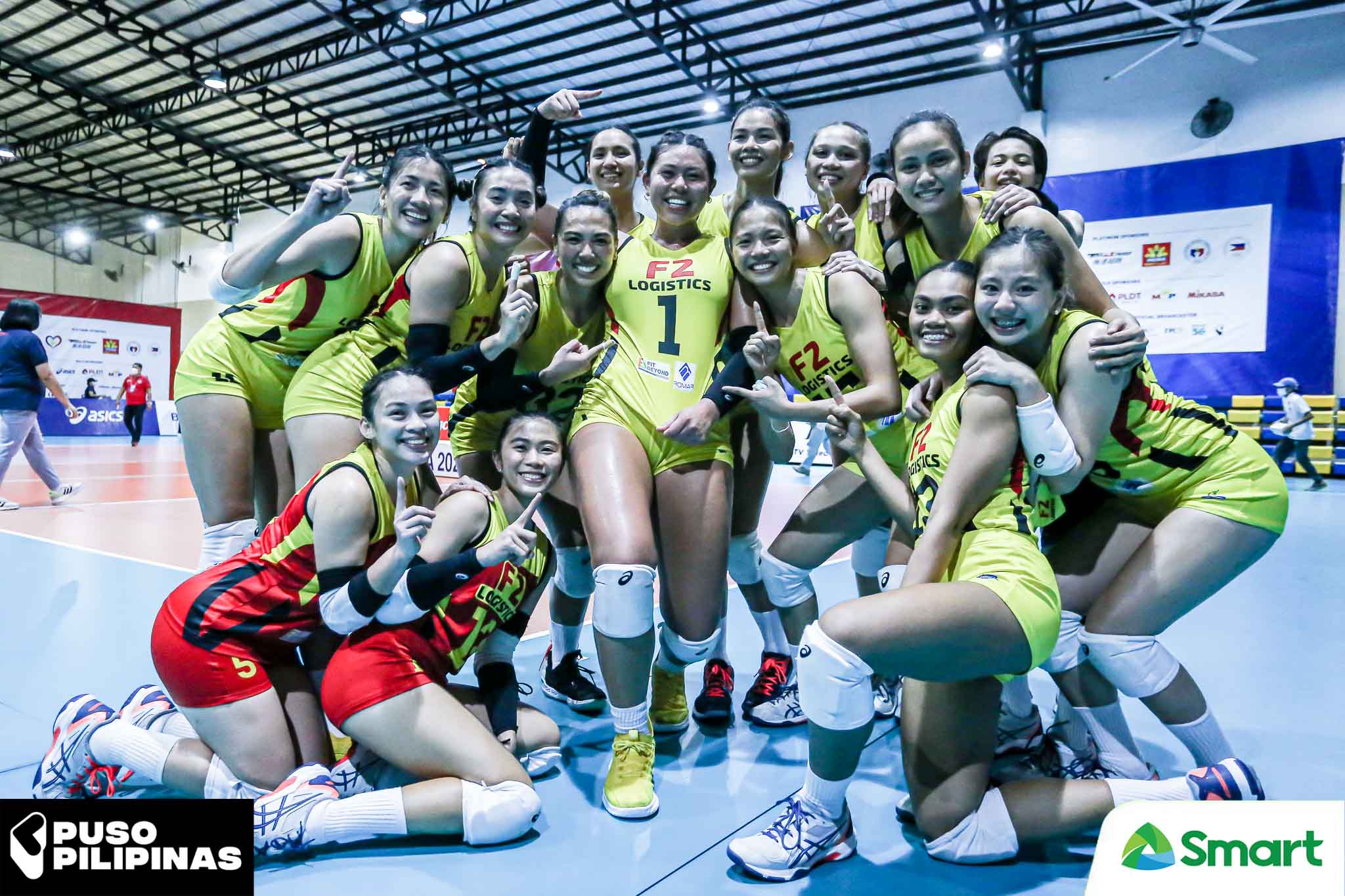 The Cargo Movers last saw action in March 2020. Still, they did not drop a single set in the entire tournament, finishing with 15 points off a perfect 5-0 record.

Kalei Mau took over for F2 Logistics, finishing with a game-high 16 points laced with 19 excellent receptions and nine excellent digs.

Santiago-Manabat followed it up with a hit to keep the Crossovers alive but Mau answered back to end the match. 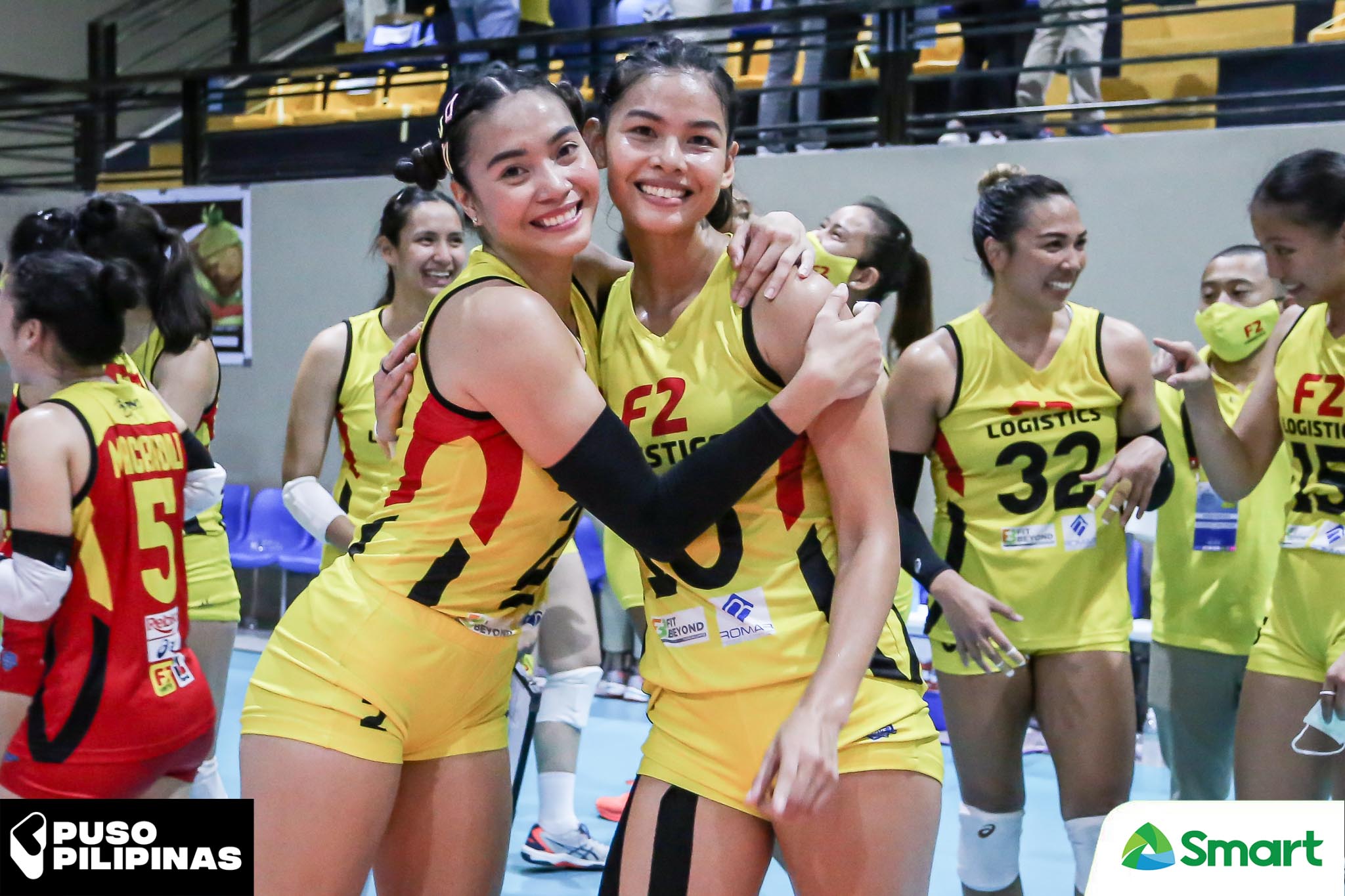 Kianna Dy, who was awarded the Most Valuable Player and Best Opposite Spiker plums, tallied six markers.

Chery Tiggo settled for silver with 10 points through a 3-2 standing.

Santiago-Manabat led the Crossovers with 17 points while Paat chipped in 14 markers and eight digs.

Chery Tiggo needed to either sweep F2 Logistics or win the match in four sets.

However, that never materialized as the Cargo Movers bagged the first two sets before finally claiming the title in the third frame. 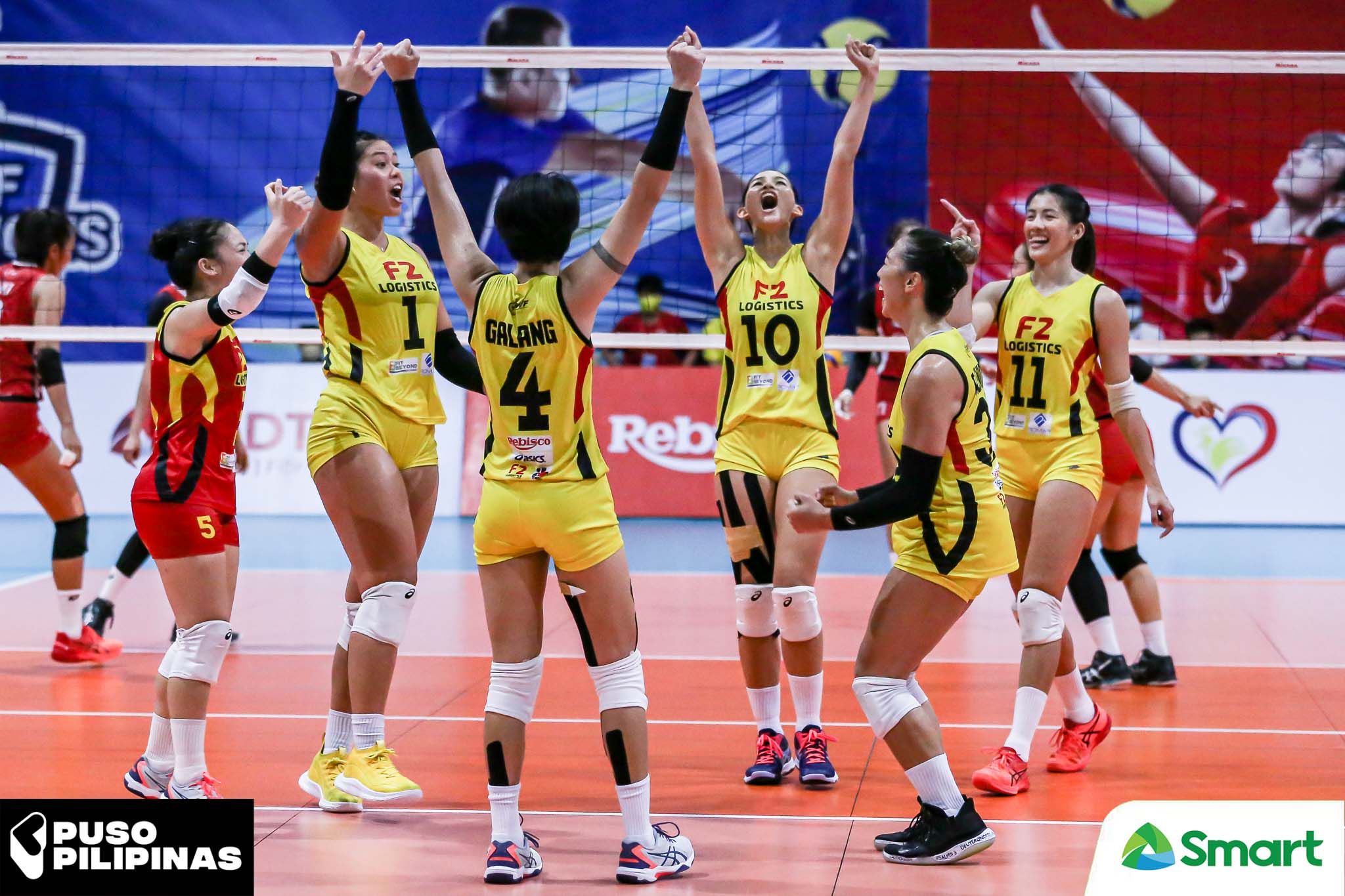