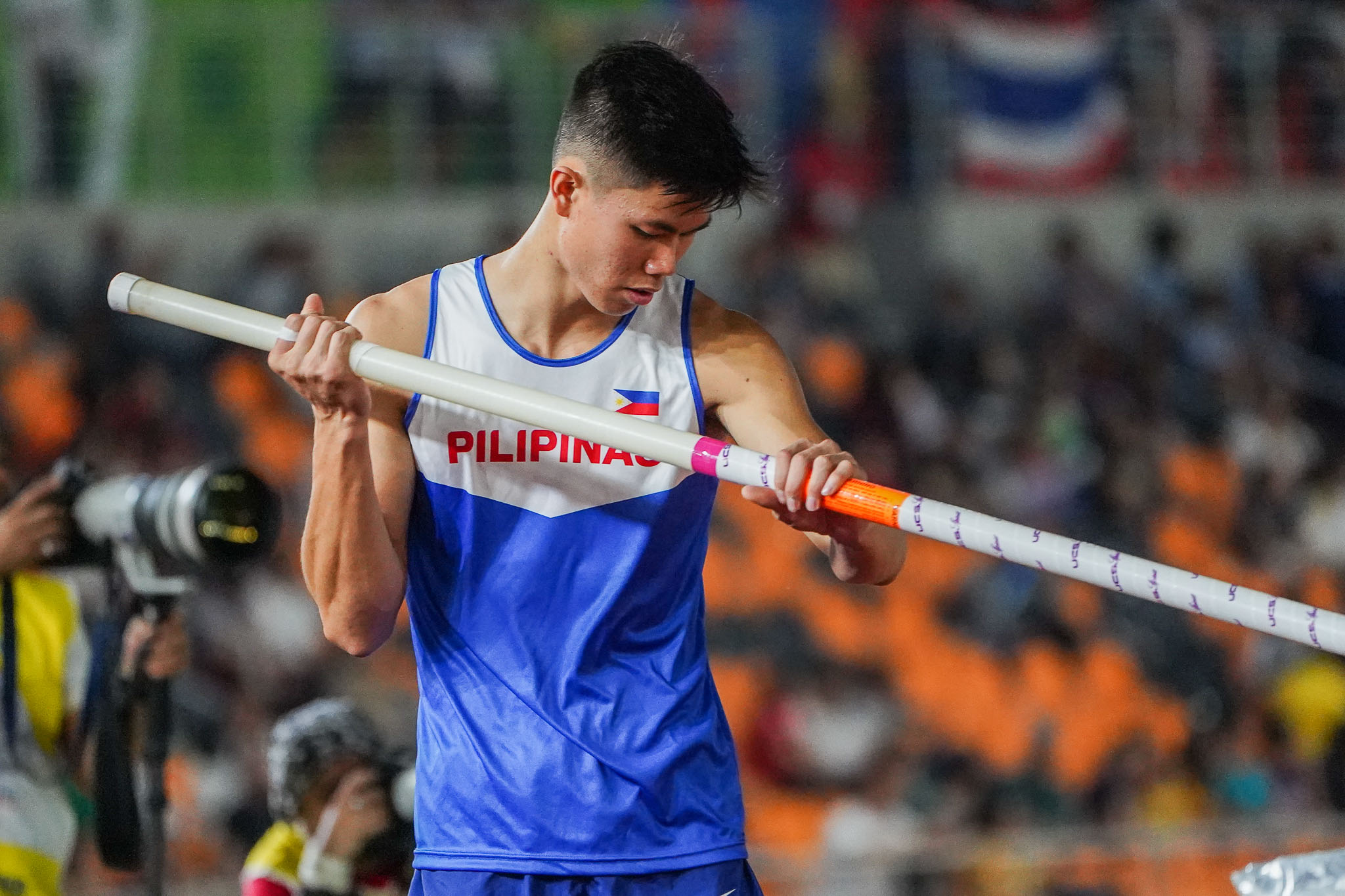 EJ Obiena returned to his winning ways after copping the gold with a clearance of 5.71 meters in the Golden Fly Series leg in Liechtenstein on Monday morning (Philippine time).

This is Obiena’s fourth gold in six medalled events after his three titles coming from Germany in the Internationales Stabhochsprung-Meeting, True Athletes Classics, and St. Wendel City Jump.

The world number 3 pole vaulter thus ended with five wins in this seven-event journey, spanning three weeks with five wins, the most notable of which came when he toppled reigning world champion, Armand Duplantis, in the Memorial Van Damme in Brussels — a Diamond League event just ten days ago.

“I hope I gave you a good show but I wanted to jump a little bit higher,” said the World Athletics Championships bronze medalist of his performance.

Obiena also tried to clear 6.00 meters, but faltered on his three attempts.

Olen Tray Oates of the United States bagged the silver with 5.61 meters, while Riccardo Klotz of Austria collected the bronze with 5.51 meters.