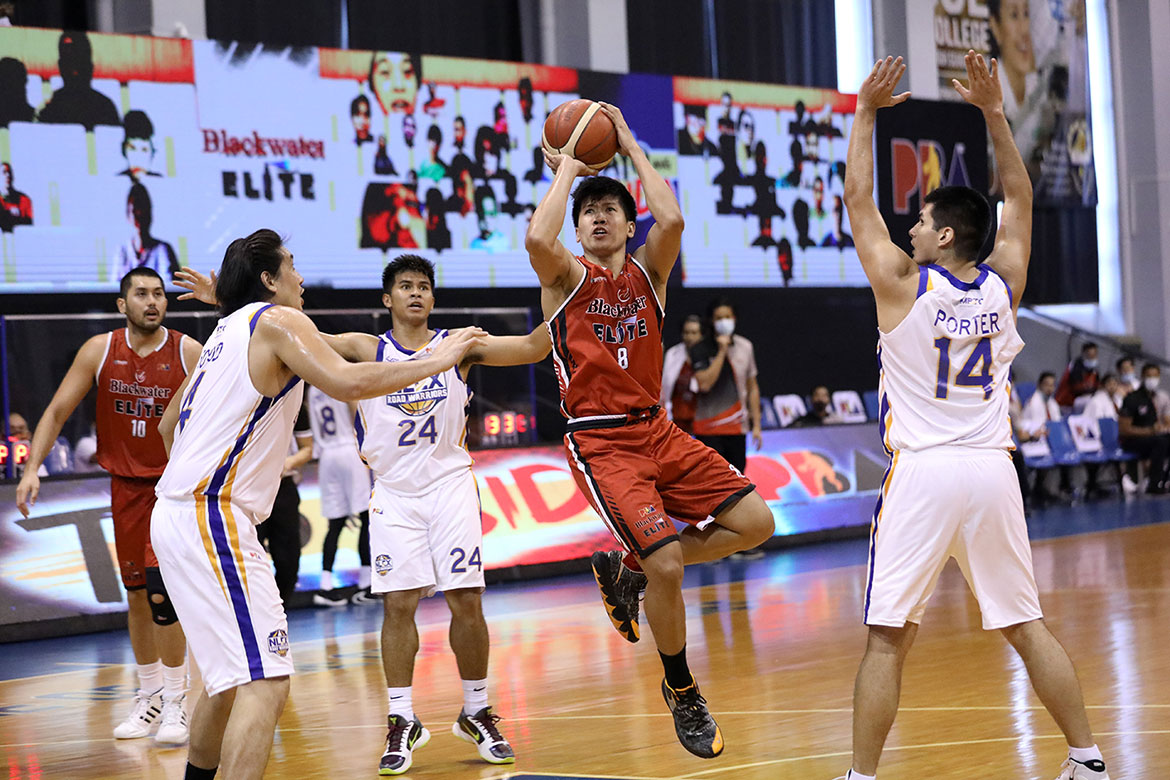 Blackwater used another third quarter explosion to blow out NLEX, 98-88, for its bounce-back victory in the 2020 PBA Philippine Cup Saturday at the Smart 5G-powered Angeles University Foundation Sports and Cultural Center.

The Elite sizzled for 35 points after the halftime break, totally overwhelming the Road Warriors en route to the victory that atoned for the 99-103 defeat they suffered in the hands of Barangay Ginebra San Miguel last Thursday.

This is now the third consecutive game that the rebuilding squad scored big in the said period. Blackwater dropped 41 in its season debut versus NorthPort last Oct. 13, before having 39 against the Gin Kings.

“If it will happen every game, I’ll take that,” said Coach Nash Racela post-game. “But it’s a combination of us playing well offensively, playing as a team, sharing the ball, and maybe the other team committing breakdowns kasi hindi lang naman pwede because we played correctly. It’s a combination of our offense, the way we play, and defense sa kalaban namin.”

Don Trollano notched his third straight double-double for the Elite with 18 points and 11 rebounds. KG Canaleta had himself a vintage outing, scoring 18 markers as well on four triples alongside seven boards.

Roi Sumang made 13 points, while Ed Daquioag added 10 markers. The two, along with Canaleta, spearheaded the bench mob that contributed a league conference-high 64 points in the win that hiked their card to 2-1.

“We made it very clear with our players, with our team: for us to give ourselves a chance – this is something I said the other day – we have to help each other. Meaning, whoever we put in regardless of the number of minutes, whether it’s long or short, as long as you give us positive contributions, then you’re helping the team,” Racela said of the bench’s support.

Daquioag opened the second half with a three-point play, and that sparked a 12-2 run — capped by Sumang’s freebies — to turn a 46-all deadlock to a 58-48 advantage with 8:38 on the clock.

It was all Blackwater from there, and a 15-4 spurt capped by a Mike Tolomia bucket gave them an 81-61 lead with 42 seconds left in the period that left the Road Warriors stunned the rest of the way.

Rookie Mike Ayonayon led NLEX with 20 points and six rebounds in the loss that dropped their record to 0-3. Kiefer Ravena had 17 points, eight boards, and seven dimes, while Raul Soyud and Kevin Alas chimed in 13 markers apiece.