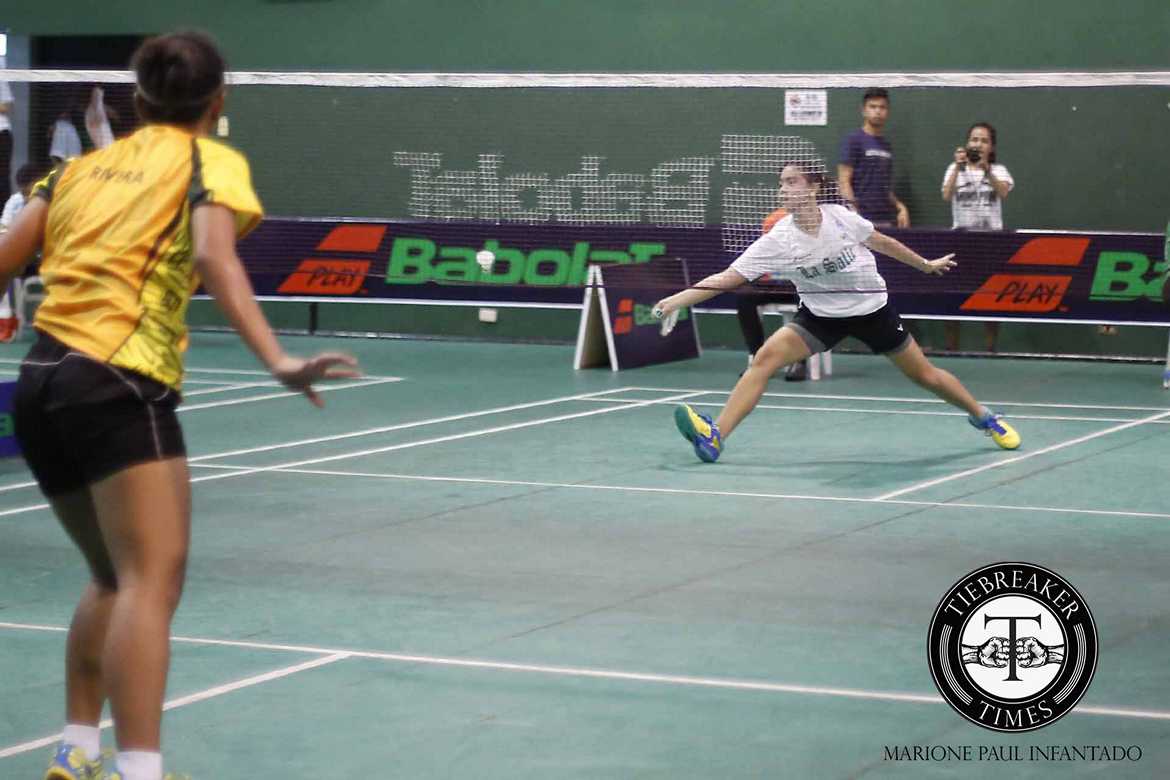 In what was expected to be a gritty affair turned to a statement win as the De La Salle University Lady Green Shuttlers blanked Far Eastern University, 5-0, to open their Season 79 campaign in style, Saturday afternoon at the Rizal Memorial Badminton Hall.

The transfer of national team player Thea Pomar to National University took its toll on the Lady Tamaraws as they had no answer to the deep La Salle lineup.

Second-year Iya Sevilla started the rout for DLSU with a tight two-setter over Michal Duquilla, 21-19 21-17 in the first singles match. Sevilla recovered from sporadic errors with variety of shots that the opponent could not return. The La Sallian also made use of the intervals to come back and eventually close out the games.

It was a different story for fellow Philippine team member Ariane Rivera after the latter posted 21-10’s in two games in the second singles match. The third-year upstart used a combination of hard smashes and well-placed shots to dominate Iris Molina in both frames.

Sevilla and fourth-year Alyssa Leonardo then clinched the win for the Taft-based ladies, likewise, in two fast games, 21-15 21-12. The DLSU duo used strong starts in either sets to clinch the opening victory for the team.

Leonardo then fended off Maridel Rivera’s challenge to complete the sweep of the tie after winning the third singles match in three games, 20-22, 21-19, 21-17.

Ochea learns from past mistake