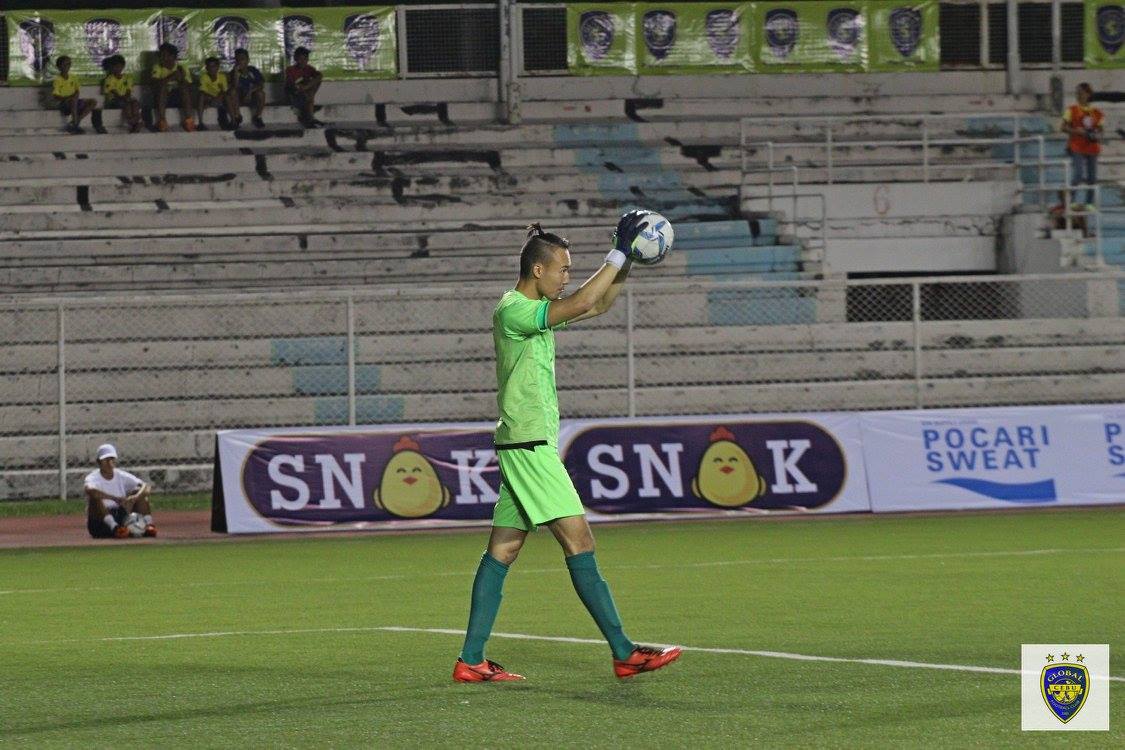 Philippine clubs Global-Cebu and Ceres-Negros experienced different fates, as the former reached the next round of the Singapore Cup while the latter stumbled to an early exit.

The Cebuanos had to earn their win the hard way, as they endured a late Geylang International charge to emerge victorious on penalties, 3-2. The two sides were inseparable for 90 and 120 minutes of play, with both teams registering four goals each in regulation.

In the end, Patrick Deyto stopped two crucial penalty kicks by Faritz Hameed and Ricardo Sendra to lift Global-Cebu into the next round, where they will meet a familiar foe in Boeung Ket Angkor.

The People’s Club had a rough start when opponents Geylang International went in front 15 minutes into the game. Yuki Ichikawa beat Deyto to the ball to nod a cross past the Philippines international. Their lead didn’t last long, however, as Daryl Roberts bagged the first of his three goals in the 18th minute. The 33-year-old met Misagh Bahadoran’s cross to put Global-Cebu on the board.

Eight minutes before the break, Roberts won a penalty when he was brought down by Al-Qaasimy Rahman. The striker made no mistake from the spot to complete the turnaround for Global-Cebu. Yet like Geylang’s lead, the Cebuanos’ advantage was abruptly cancelled. Victor Coto provided the finish just before the break to set up an exhilarating second half.

OJ Clarino looked to have iced the game for Global-Cebu when he smashed the ball into the onion bag in the 76th minute. However, lightning struck twice, as the Cebuanos let a lead slip once again in the same stadium Home United had knocked them out last month.

First, a penalty conceded by Wesley Dos Santos paved way for Gabriel Quak to reduce the deficit to a single goal with seven minutes to spare. It allowed the Cheetahs to hunt for an equalizer that they would eventually claim in the 90th minute. Anders Aplin was responsible for sending the game to extra time by firing from close range.

The hosts played more aggressively in the extra period, but they couldn’t find a way to get one past the Global-Cebu defense. Going into penalties, Global-Cebu converted three times courtesy of Roberts, Dos Santos, and Paolo Bugas. For the Cheetahs, only Shahfiq and Safirul managed to breach Deyto. Quak had the opportunity to level, but he failed to replicate his earlier effort. As soon as his attempt drifted wide, Global-Cebu celebrated their progression with jest and relief.

A day before, Ceres-Negros suffered an upset when they bowed out of the Singapore Cup. Semifinalists in last year’s tournament, Risto Vidakovic’s side were unable to progress this time around when they stumbled to a 1-0 defeat to Hougang United.

In a cagey battle that took place at the Hougang Stadium, it was the Cheetahs who came up with a breakthrough goal 13 minutes before time. Italian striker Antoine Viterale took advantage of a haphazard clearance from Luke Woodland, clinically burying it past Louie Casas.

Meanwhile, the closest the Busmen came to breaching Hougang’s goal happened just after the hour mark. OJ Porteria managed to find space outside the box but he could only strike the woodwork. Ceres-Negros attempted to grab an equalizer with time quickly running out. In the end, their pursuit proved futile, as the Cheetahs stood firm to deny the Filipinos the opportunity of making it two clubs in the next round.