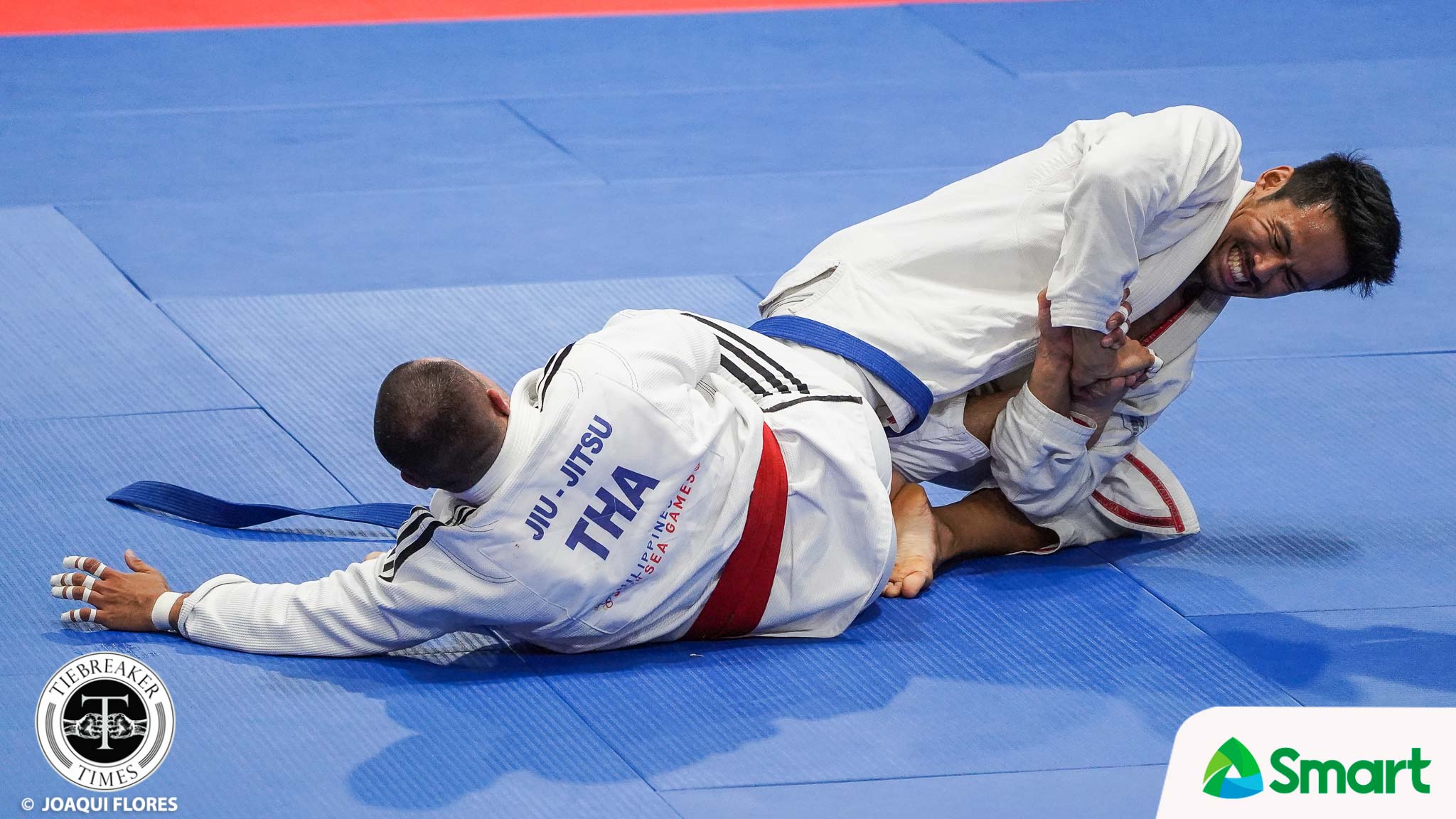 (With reports from Samantha de la Costa and Danny Uychoco)

The 183-centimeter tall grappler dispatched his two opponents with identical submission holds to win the minus-85 kilogram division, Monday.

In the finale, the product of Ateneo de Manila University stopped Singapore’s Benjamin Chua with a toe hold at the 3:49-mark of the match.

It was reminiscent of his quarterfinals outing against Thailand’s Sooknatee Suntram. Then, he submitted his opponent with the same hold with 1:08 left in the contest.

This caps the Philippines’ first day haul in jiu-jitsu with three golds, two silvers, and a bronze. All three golds came from Atos Philippines/Jiujitsu Manila.

Earlier in the day, Mark Lim lost to Thailand’s Banpot Lertthaisong in the U69kg finale. On the other hand, Kaila Napolis fell to Cambodia’s Jessa Khan in the U49kg’s gold medal match.