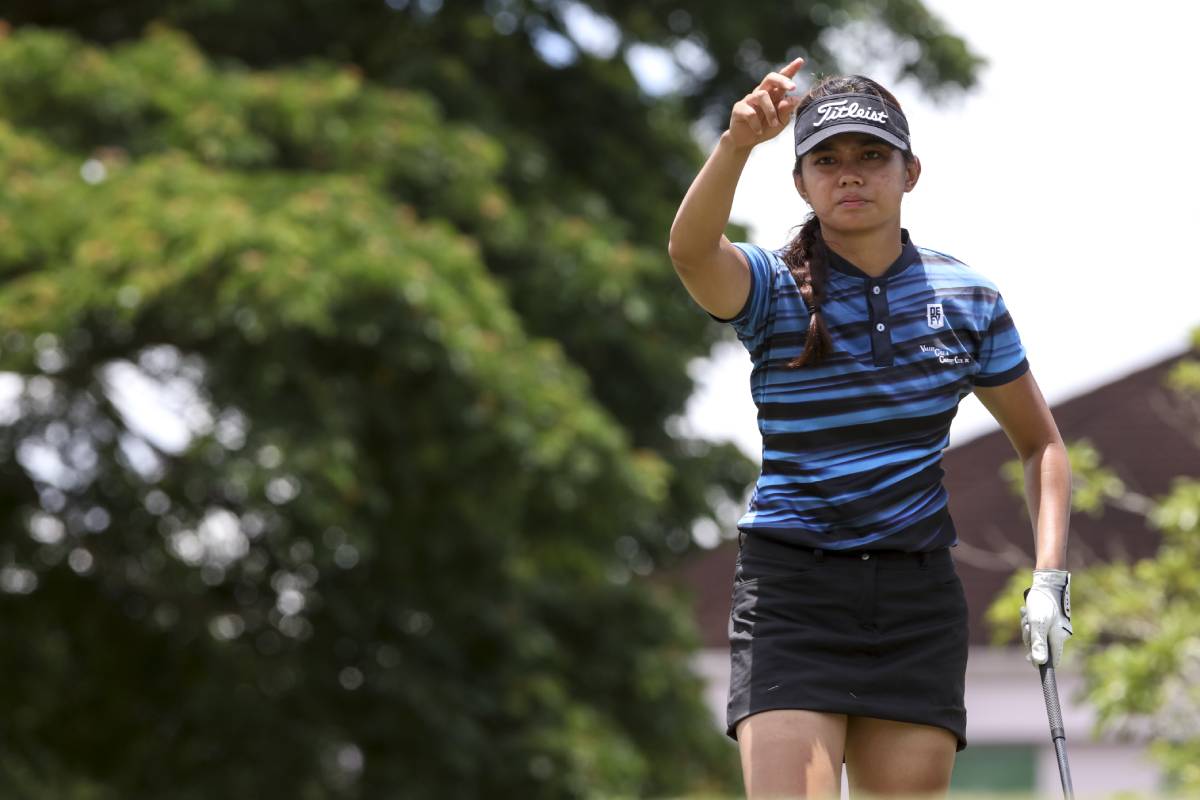 Daniella Uy came out on top in a shaky finish that marred the start of the ICTSI Eagle Ridge Ladies Classic at the tricky Norman course, hacking out a one-under 71 for a one-stroke lead over Chihiro Ikeda, Princess Superal, and Sunshine Baraquiel in General Trias, Cavite, Wednesday.

The former Junior World champion fought off a rollercoaster round with a birdie on the 17th to go two-under with two holes to play and stayed at the helm despite a bogey on the first hole as Ikeda and Superal also both dropped a shot on the tough par-4 No. 1, which served as the finishing hole.

That enabled Uy to seize control behind one of her strongest starts in the circuit, where her best finish at the Ladies Philippine Golf Tour resumption after a long hiatus due to pandemic was third in the last of two Riviera bubble tournaments late last year.

Uy, who ended up sixth at Sherwood last week, rebounded from a bogey on No. 2 with birdies on Nos. 4 and 7. She yielded strokes on Nos. 9 and 10 but regained them in the next two before dropping another shot on No. 13.

“I’ll just stick to the plan and try to make it simple,” said Uy, who birdied the par-5 15th then added another on the 17th.

“But we’re really very excited to be competing again. This also gives a chance to prepare us for an overseas campaign.”

Superal, who edged Chanelle Avaricio to reign at Sherwood, also birdied No. 17 to likewise hit a two-under card in a separate flight. But the multi-titled shotmaker wavered and bogeyed the last two holes to drop into a tie at 72 with Ikeda and Baraquiel.

“I missed putts from close range, including on the last two holes,” said Superal, who birdied Nos. 4 and 6 to be among the early leaders then reeled back with a bogey on No. 12.

But she remained confident of her chances for a back-to-back feat although she stressed the need to stay focused and commit fewer mistakes on a course that punishes even the slightest of errant shots.

Baraquiel likewise stayed upbeat of a crack at an LPGT breakthrough as she produced a two-birdie, two-bogey round after finishing seventh at Sherwood. But like Superal, she rued a number of missed chances.

“I hit pretty well (11 fairways). I gave myself a lot of birdie chances but missed most of them,” said Baraquiel, who hinted at taking more conservative lines in the next two days to give herself more opportunities.

Playing on the last flight with Harmie Constantino and amateur Burberry Zhang, Ikeda also toted a two-under card after birdying No. 1. But like her rivals, she failed to solve the tough No. 1 and holed out with a bogey.

“I’m happy to shoot even par,” said Ikeda, who led in the first round at Sherwood but struggled in the next two days and wound up fourth.

Amateur Arnie Taguines blew a fine start with a bogey-riddle backside to finish with a 73 for solo fifth while Avaricio and Constantino struggled with 74 and 75, respectively, and Zhang, who took the low amateur honors at Sherwood, fumbled with a 76 in the second of a six-leg swing in Cavite and Batangas in an eight-week stretch marking the resumption of the circuit organized by Pilipinas Golf Tournaments, Inc. held under strict health and safety protocols.

Gretchen Villacencio, who placed fifth at Sherwood, was disqualified after signing a wrong scorecard.