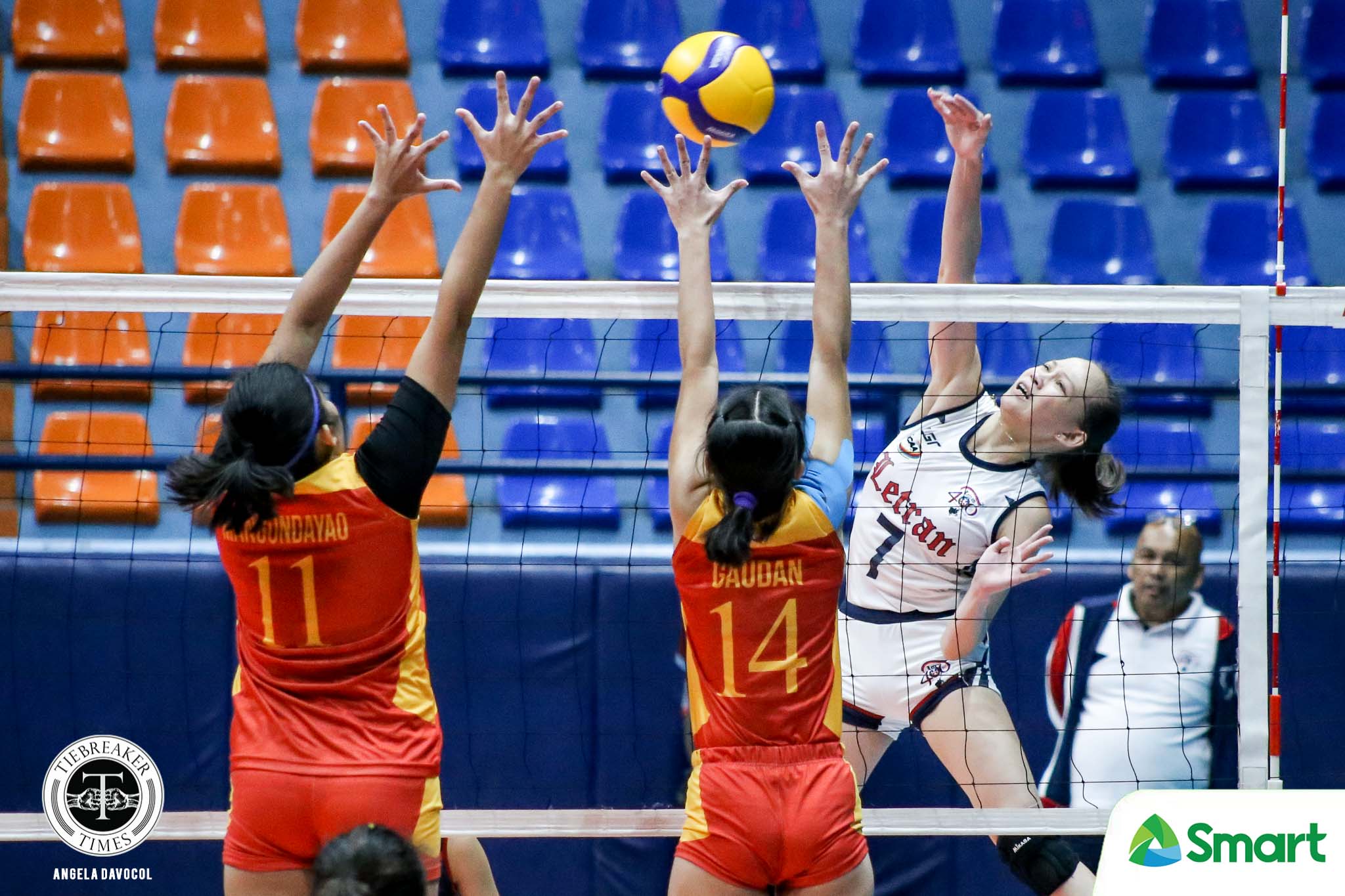 Chamberlaine Cunada and Julienne Castro rallied the Lady Knights in brushing aside a marathon first set. They then shifted to cruise control in the succeeding frame, coasting the rest of the way to a return to the win column.

“So we only have to maintain our intensity, and then ‘yung paano maglaro ‘yung mga bata at dagdagan pa para mag-improve pa sa standing namin. Although it’s early to say pero siyempre, gusto namin makapasok sa Top Four,” he continued.

Cunada flaunted her double-edged arsenal, scattering 16 points and 18 excellent digs for a double-double performance. Castro also made quite an impact on the offensive end, pummeling eight attacks, three aces, and a block for 12 markers.

Charm Simborio proved instrumental in the sweep as well, distributing the wealth to the tune of 17 excellent sets while setting the tone with her four sevice aces. Her playmaking powered the Lady Knights’ airborne assault, firing 37 hits to Mapua’s 29.

On the other hand, the Lady Cardinals fell to 1-4.

Lorraine Barias and Jonina Fernandez topped Mapua with seven markers apiece in a losing cause.

Letran will try to build from this win and pick up steam when it faces Lyceum. Meanwhile, Mapua will seek to regain its winning form when it takes on San Sebastian. Both matches will be held on Friday, January 31, at the same venue.