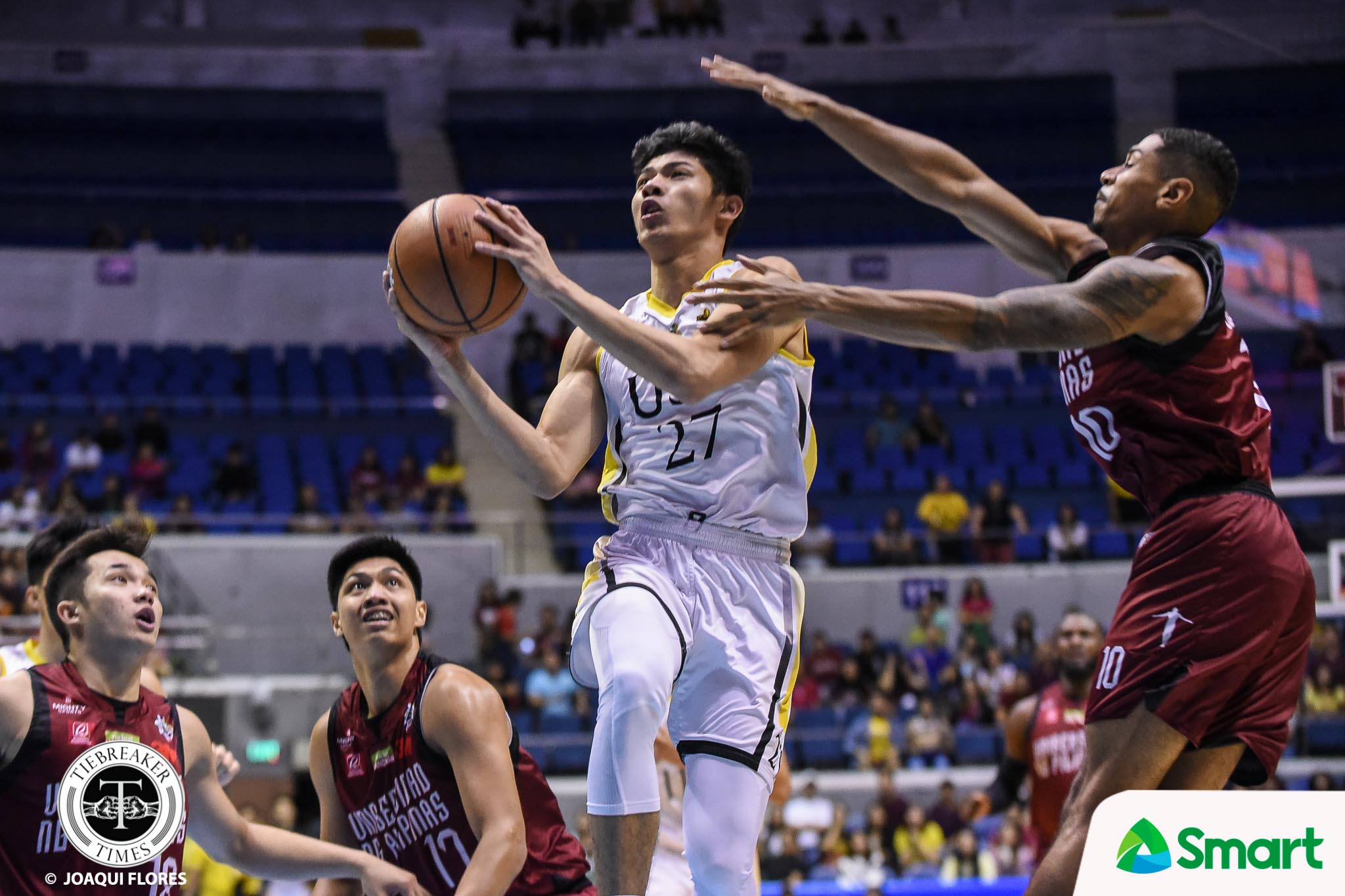 Though carrying a heavy heart, CJ Cansino knows that he has to move on at some point.

The incoming third-year student-athlete was able to secure his papers last Wednesday, and is already considering offers from various universities from both UAAP and NCAA.

Though he is still weighing his options, the 6-foot-2 utility guard vows one thing to all of them — that he will love them as much as he loved University of Santo Tomas.

Everyone has seen the passion that the 20-year-old felt for UST and the game itself.

During his rookie year, Cansino played through pain, as he willed the Growling Tigers into contention.

But as the hits became harder, it took a toll on his body. And by the 13th game of the season, his young body gave out, tearing his ACL in a pivotal contest against University of the Philippines.

Instead of resting, though, Cansino worked harder than ever.

A month after surgery, he was back at work, strengthening his body with coaches Luis De Mesa, Timothy Ting, and Patrick Tancioco.

By March, Cansino was able to return to the court in the D-League.

Almost 22 months after his injury, Cansino suffered another blow after his release by the Growling Tigers.

Heartbroken, he promises that he will still carry UST wherever he goes.

As of publishing, almost every school already has or will be making a pitch to Cansino — including University of the Philippines, De La Salle University, Colegio de San Juan de Letran, San Beda University, Adamson University, National University, and Ateneo de Manila University.