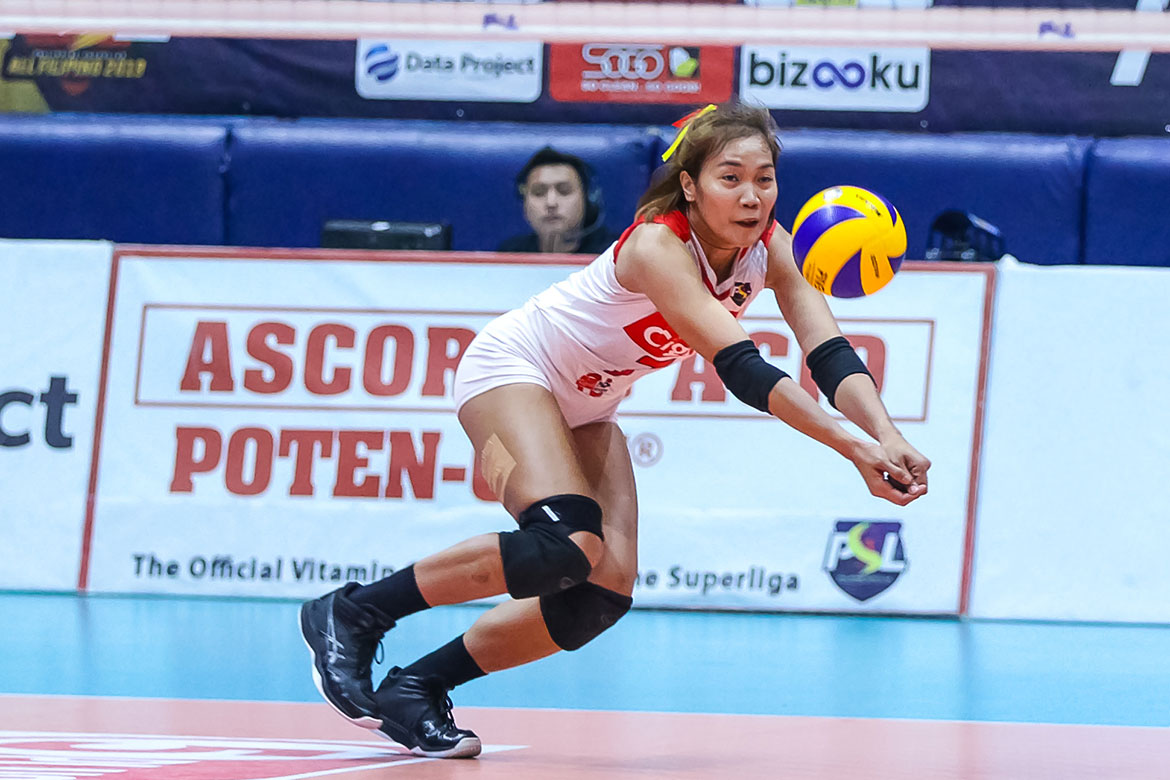 Cignal thought it was off the hook during the third set after capturing a two-sets-to-none buffer.

Judith Abil and Chiarra Permentilla, though, had other ideas, rallying the rest of the Lady Skippers and taking the lead at 19-18.

However, disaster struck for Marinerang Pilipina as Permentilla elevated for a spike, which was denied by Alohi Robins-Hardy, and went down. After several minutes, she was then stretchered off the court and was deemed unavailable in the remainder of the match.

From there, the Lady Skippers played inspired volleyball and stunned the HD Spikers.

In a close-quarter fourth set, the scales were hardly tipping to anyone’s favor, as the frame went the extra mile with both teams going back and forth. The HD Spikers though regained form and built a wall that stymied the Lady Skippers from forging a decider.

Fil-Hawaiian playmaker Robins-Hardy tossed 19 excellent sets to go along with 13 points spiked by three blocks and three aces. Jheck Dionela contributed 25 excellent digs and 18 excellent receptions as she patrolled the floor for Cignal, which evened its record to 5-5.

On the other hand, the Lady Skippers are still in search of their breakthrough win after 10 games.

Permentilla, as per Dr. Raul Alacantara, suffered a lateral ligament sprain on her left knee. She still finished in double figures with 11 points.

Zilfa Olarve topped Marinerang Pilipina with 13 points while Ivy Remulla had four of her team’s six blocks in the contest for 12 points. Abil poured in nine points on top of 26 excellent digs.

Cignal looks to sustain its winning momentum when it faces Foton on Thursday at the FilOil Arena while Marinerang Pilipina will try to topple the fancied F2 Logistics for its first win on Tuesday at the Ynares Sports Center in Antipolo.