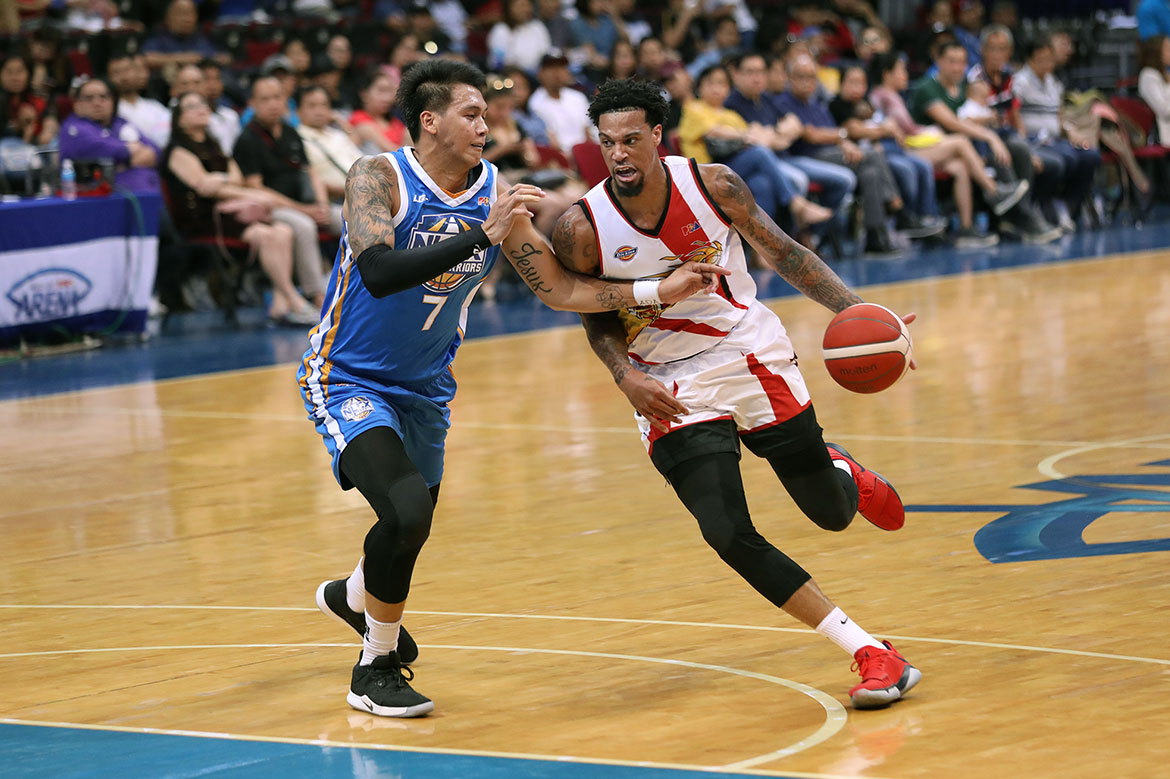 San Miguel head coach Leo Austria has said before that he is looking for an import that could inspire the Beermen, following the team’s decision to let go of import Charles Rhodes.

That’s what he expects from new import Chris McCullough. And Austria got what he’s looking for.

In SMB’s 2019 PBA Commissioner’s Cup clash with NLEX Road Warriors Friday night, McCullough exploded for 47 points, with 10 rebounds and two steals to steer his side to a 109-105 win.

“I think he gives us high morale with this forty-seven point outing.

“That’s something we have to be thankful. He helped us a lot,” said Austria moments after the win that kept their playoff hopes alive.

“We got a win. I went out there and played hard and we got a win,” said McCullough of his performance.

McCullough, though, failed to finish the game as he got fouled out with 2:24 left to play. But the former NBA cager has no regrets whatsoever since his Beermen came out with the victory.

McCullough, obviously, is glad that his debut had gone the way he wanted. And so far, he’s having a pretty good stay here in the country and with SMB, whom he said welcomed him with open arms.

“I love ‘em. They took me in with open arms,” said the 24-year-old forward out of Syracuse.

As a matter of fact, McCullough is so happy that he will be treating himself to some Chickenjoy from Jollibee.

“I just love chicken, chicken with the rice is good, with the gravy. I love it, Im’ma get some right now,” said McCullough, who has said that Chickenjoy is the best chicken he’s had.