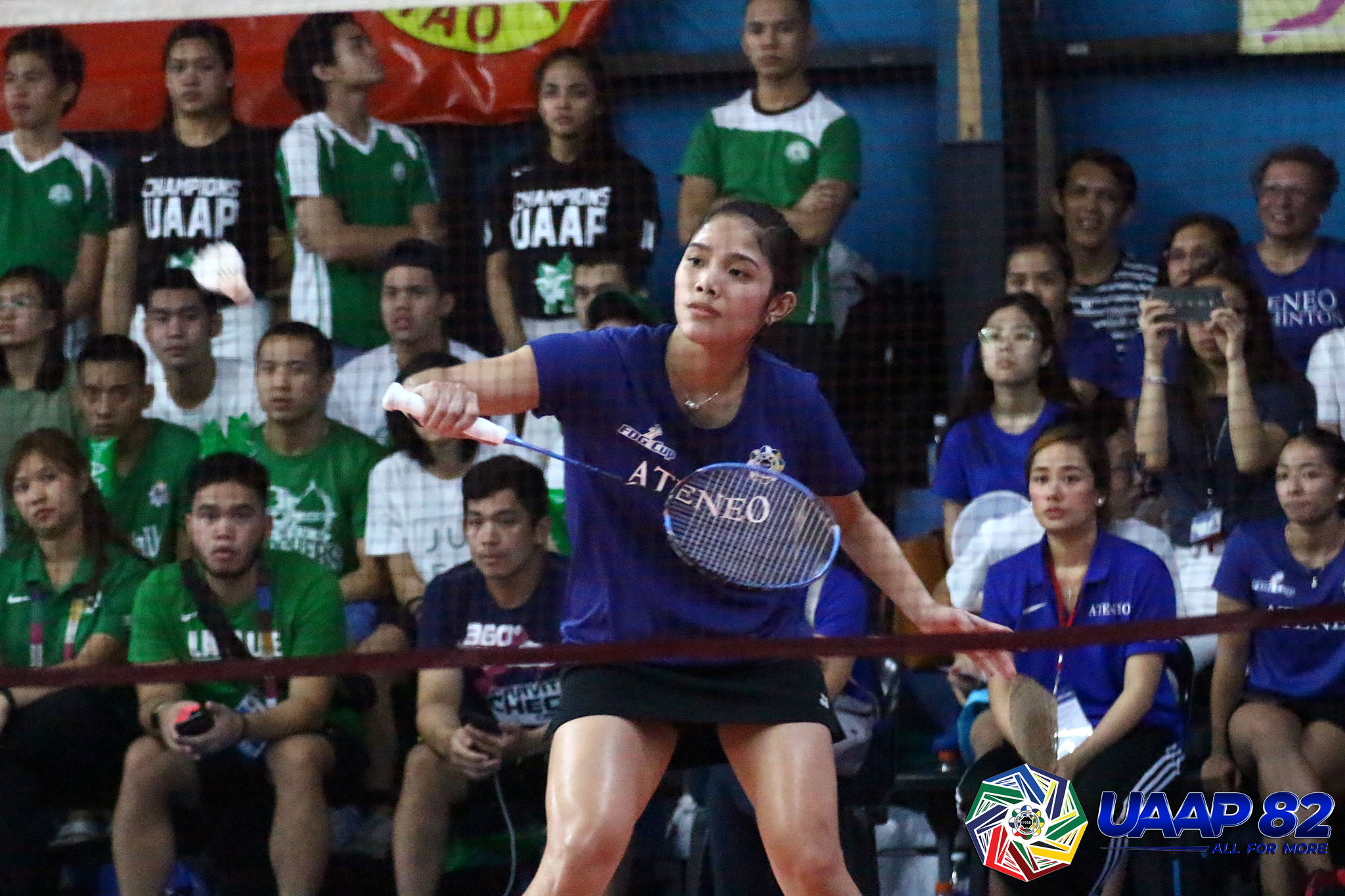 In the battle of the last two champions, Chanelle Lunod and Geva De Vera led the Lady Eagles to victory. The two captains swept their initial assignments of the season.

The two clinched the tie win in the first doubles match over their singles opponents. They also needed just two games, 21-12, 21-16.

Mika De Guzman was impressive in her UAAP debut, taking down Mia Mangulimdan at 21-9, 21-9, in the second singles match. The rookie then paired up with Geia De Vera to sweep Mangulimdan and Palma Cruz, 21-15, 22-20, in the other doubles match.

For Lunod, Ateneo came into the season without thinking they are the reigning champions.

“We’re coming into this with a clean slate. Parang hindi namin iniisip na nag-champion kami last season. Ang iisipin namin is we’re equal to the other teams,” she said.

On the other hand, the National University made it two victories in a row after they pummeled the University of the East, 5-0, in the other pairing.

Graduating standout Jiselle Capillo swept her outings for the afternoon to steer the Lady Bulldogs on top of the leaderboard. The senior and her partner Gwen Desadola then cruised past Kessara Palot and Graziel Cabriga on the tie-clinching win 21-12, 21-15 in the first doubles match. She also closed out the tie with a 21-15, 21-11 rout of Cabriga.

#ReadMore  TMG’s Ramos, Cariño face off in Emperor’s Cup as Juan GDL to sit out game vs Parks

Like in the morning session, the University of Santo Tomas carved another come-from-behind win over the Adamson University at 3-2. Sophomore Kristeen Geronimo first stopped graduating senior Jhay Anne Macabenta in the deciding singles match. The second-year Tigress Shuttler  thendominated her opponent in just 23 minutes, 21-11, 21-6, to secure UST’s first win of the season.

Clydel Pada put Adamson in the lead after winning over Stephanie Mortera, 21-15, 21-13 in the first singles match. She then won against Elij Pena and Alexandra Aguilar in the first doubles match, along with Monica Gonzales, 21-12, 21-17.

However, Mortera made amends in the second doubles match. She teamed up with Geronimo to upend Lizette Dela Cueva and Macabenta, 21-12, 21-12, to set up the do-or-die match.