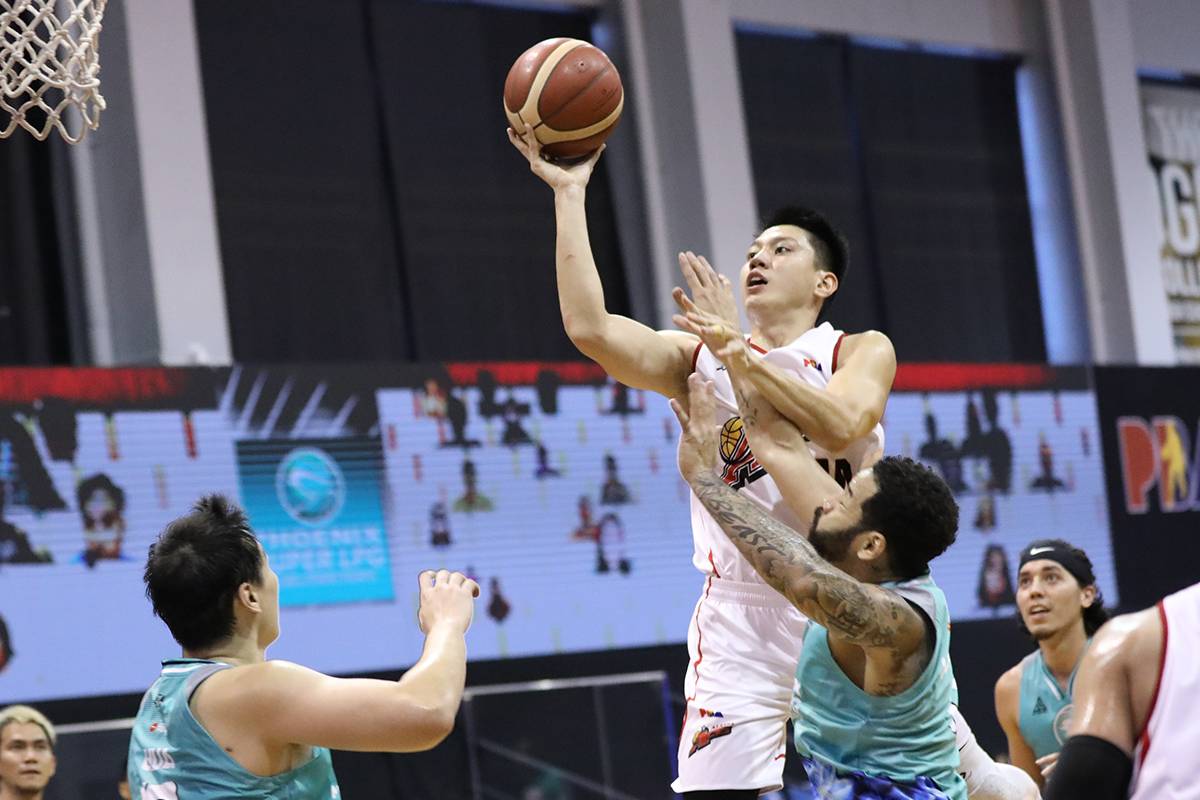 Alaska head coach Jeff Cariaso is far from worried despite Jeron Teng’s slump in their past few games in the 2020 PBA Philippine Cup.

The 26-year-old second generation cager shot just 2-of-10 from the field and had nine points in the Aces’ 105-97 win over Phoenix Super LPG on Thursday.

Teng, though, collected six rebounds, six assists, and a steal. And those kinds of contributions are what Cariaso appreciates from the three-year pro.

“I just remind him that he’s more than just being able to score,” said the veteran mentor moments after the win that hiked their card to 5-3.

“JT works so hard on his offense, but he’s really awesome on the other aspects of his game.”

Teng had himself solid outings early in the tilt, including a 25-point showing in their second game versus Meralco albeit in a losing effort.

However, the La Salle product has been on a decline since scoring 13 in their streak-busting triumph over Rain or Shine last Oct. 22.

Teng even laid an egg in Alaska’s narrow loss to defending, five-time champion San Miguel a few nights after facing the Elasto Painters.

So far in eight games, the 6-foot-3 forward is shooting just 39-percent from the field, 31-percent from distance.

But his rebounding and assists have been steady thus far, with norms of 4.8 boards and 4.1 dimes, along with 10.9 markers.

He has also been putting in the effort on the defensive end. And all that is more than enough to please Cariaso.

“Number one, we ask everyone to defend. To be ready to defend, to understand that that’s what’s gonna keep you on the court. I think he’s understanding that,” he said.

“He’s our big three, so rebounding is natural for him. If you don’t strictly focus on just your shots, you could bring out the other aspects of your game.”