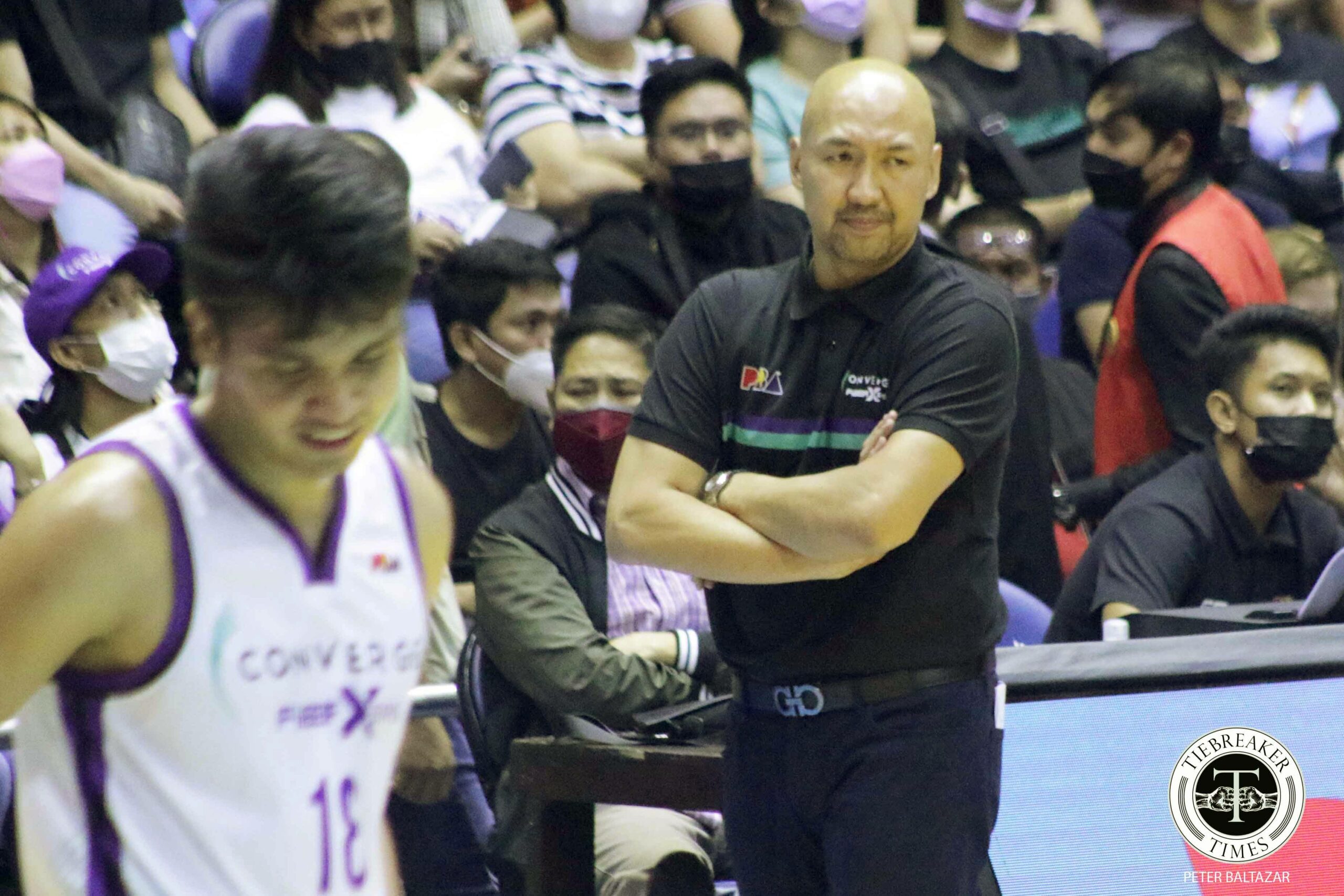 Jeff Cariaso has fully accepted Converge’s decision to let him go after just one conference at the helm of the PBA’s newest ball club.

The cager turned coach expressed as much through a statement he posted on social media Tuesday, essentially confirming reports of his sacking that was later on followed by news that he will be replaced by Aldin Ayo.

“It is with the utmost respect that I accept the decision of the Converge management to relieve me as the head coach of the FiberXers,” wrote Cariaso, who added that he learned all about it from team owner Dennis Uy last Monday.

“Changes like this come with the blessing of being a head coach. With my modest experience, I have learned to be more resilient and open to anything that the game throws my way,” the 49-year-old furthered.

Cariaso was among the carry-overs from Alaska when the internet service giant purchased the franchise from Wilfred Uytengsu earlier this year.

He led the team to a 5-6 record in the 2022 Philippine Cup, which was good enough to clinch the No. 7 seed and reach the quarterfinals.

Their campaign, though, ended after suffering a harsh 95-116 beatdown at the hands of reigning champions TNT last July 27.

Cariaso, who still had two conferences left in his contract before being handed the pink slip, harbors no ill feelings whatsoever but wishes he had more time in helping Converge reach the kind of success it wants to attain.

“Though I can say that I have no ill feeling about the turn of events, it is always the goal of any leader to bring his men to success. And I wish I had more time to get them there. My only hope is that I somehow put them on the right path.”

Then again, Cariaso only has nothing but gratitude for all the lessons, the memories, and anything in between he shared with the team.

“I am thankful for the added experience and learnings, and most especially, the friendships,” said the winner of eight PBA championships as a player.

“I am proud of what we were able to accomplish with one conference with Converge. As we move forward separately, I wish the team well–from my co-coaches, medical staff, to the players, and to the rest of the utility staff,” he continued.

“Like what I have always emphasized with the team: with any setback–move on, move forward. Go on to the next play.“