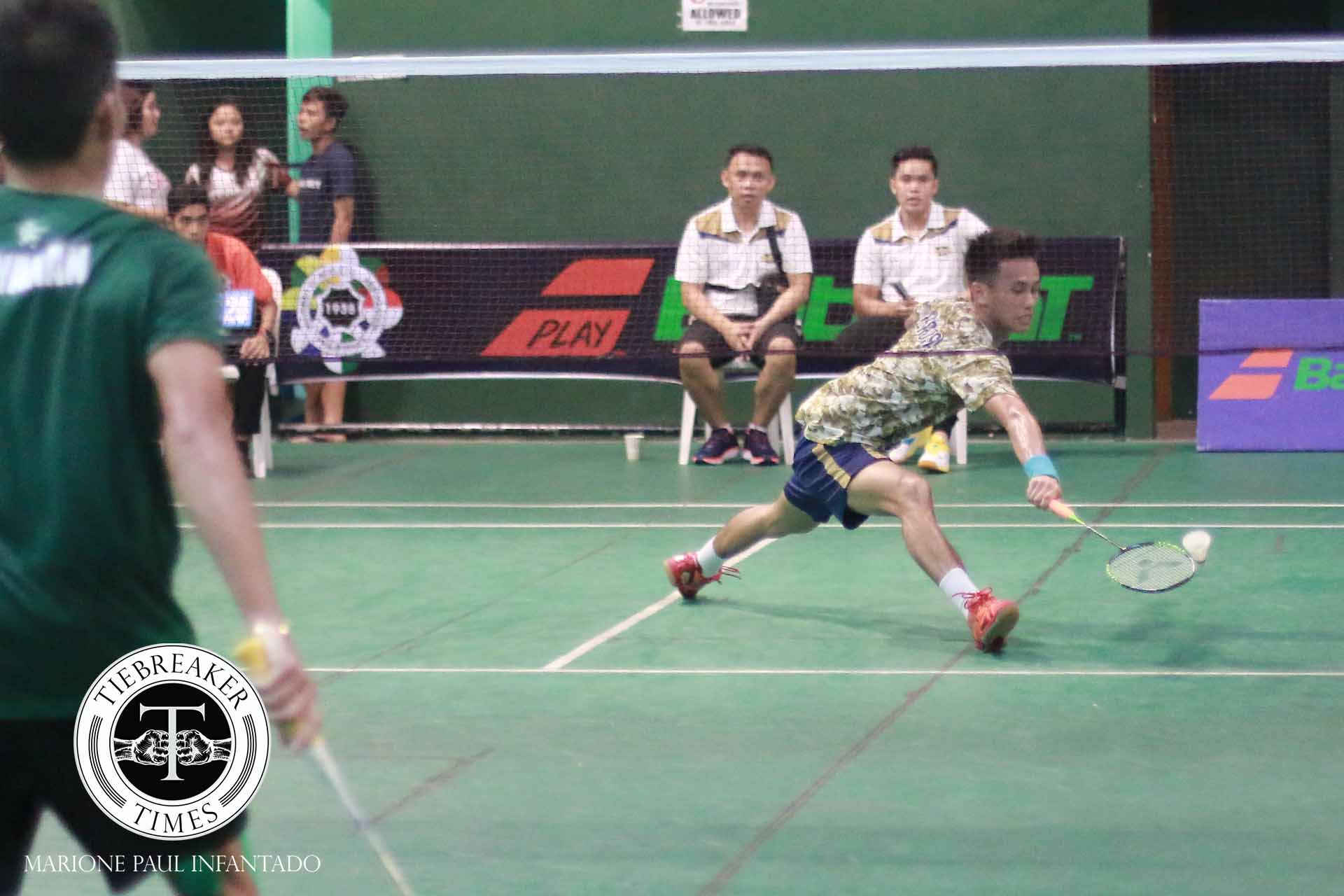 It was a battle of two power hitters, but it was the occasional placement shots of the sophomore Bulldog that made the difference in the opening frame. Errors in the second game for the NU second-year player made it easier for the senior Blue Shuttler to force a decider. However, Gabuelo got her bearing back and muscled his way to a dominant final game.

NU skipper Ros Pedrosa followed this up with a straight-set drubbing of Carlo Remo in the second singles match, 21-12, 21-17. The Atenean showed some signs of brilliance despite the match being his debut in singles for the year. Nevertheless, the early, huge leads, which Pedrosa mounted were too much for Remo to overcome.

Jan Mangubat and Hanz Bernardo fought toe-to-toe against the Bulldogs’ resident doubles pair Alem Palmares and Mike Minuluan. In the end, the Bustillos-based duo pulled off two 21-19 games to clinch NU’s fourth straight win of the season and their 22nd since Season 77.

Ateneo had their strong kills going in some stretches of the match, but NU responded with their own power game. In the end, it was Minuluan’s kill that sealed it for the defending kings.

#ReadMore  Filoil: NU deals UP first loss as lightning does not strike twice for Cagulangan

The Bulldogs (4-0) seek another postseason appearance when they face the University of the East Red Warriors (1-3). On their part, the Blue Shuttlers take on archrivals De La Salle Green Shuttlers (both teams at 2-2) in a crucial tie for their Final 4 aspirations.