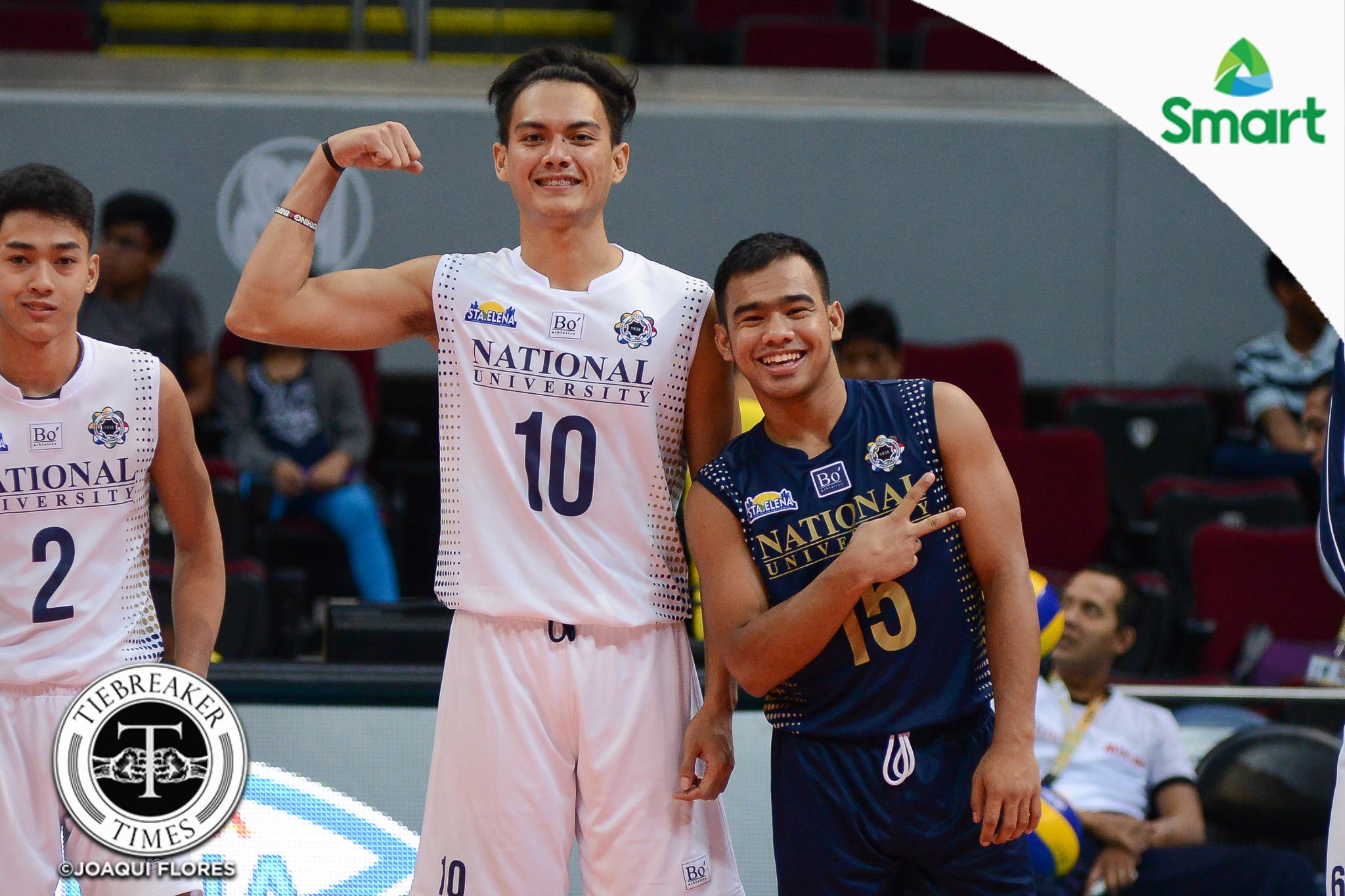 The National University Bulldogs will have the fate of the UAAP Season 79 Final Four on their hands on Saturday.

But prior to their match-up against Ateneo, the Bulldogs smashed the University of the East Red Warriors in straight sets 25-15, 25-15, 25-18, Sunday morning at the SM Mall of Asia Arena in Pasay City.

In all three sets of the match, NU overpowered a depleted UE squad. The spikers from Jhocson Street dominated every skill, scoring 13 combined points off aces and blocks while UE had zero.

Although they kept their focus on the opponents at hand, NU had their sights set on finally defeating the Blue Eagles on Saturday said Bulldogs head coach Dante Alinsunurin.

The second-seeded Bulldogs will have a chance on Saturday to hand the defending champion Ateneo Blue Eagles their only loss of the elimination round and prevent a stepladder Final Four.

Regardless of the result on Saturday, NU holds a twice-to-beat advantage in the Final Four.

UE (1-12), who played without skipper Edward Camposano, had Noel Alba go for nine points. They end their season on Saturday against the La Salle Green Spikers (4-8).