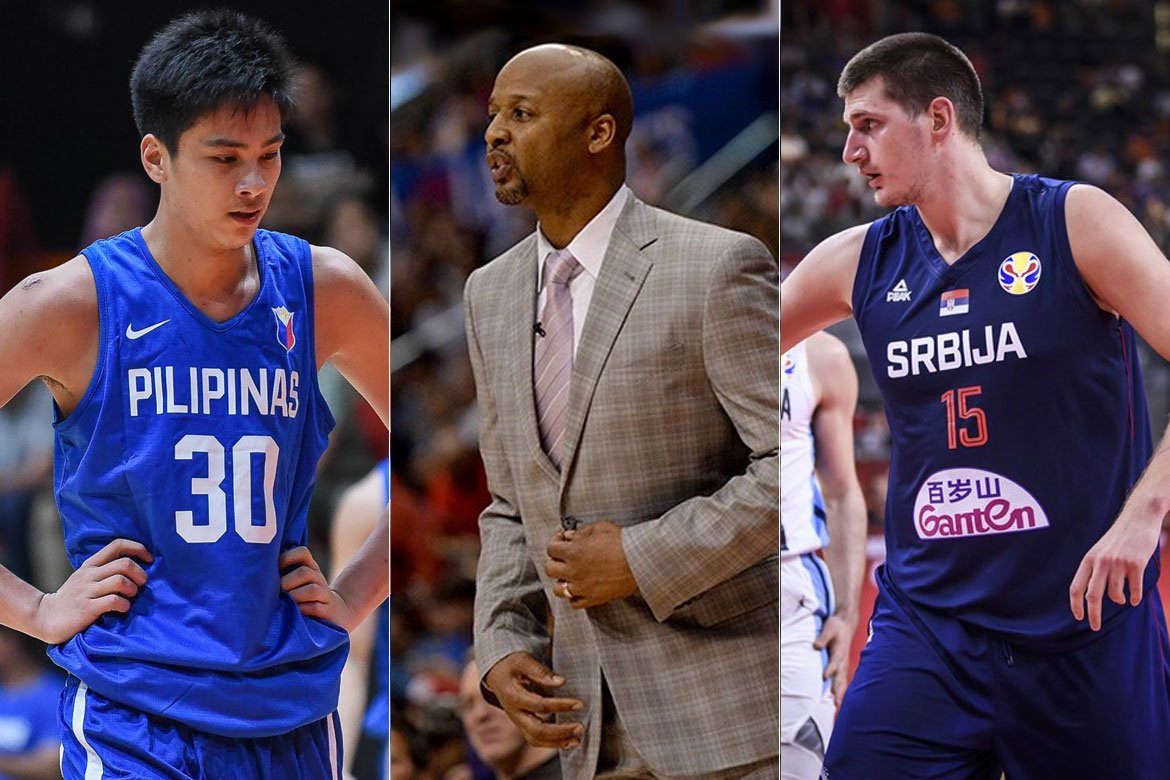 Though he has yet to work with Kai Sotto, Brian Shaw is already satisfied with the potential he has seen so far in the Filipino prodigy through game film.

So much so that he sees the 7-foot-2 slotman playing like the Denver Nuggets’ all-around Serbian star Nikola Jokic.

“I think he has the ability to play like Nikola Jokic,” the NBA G League select mentor told the NBA Republika Playoffs online media availability, Thursday.

“I haven’t had the chance to be around him yet, but from the film that I watched on him, looks like he can shoot the ball from the outside. He can be a facilitator where you can put him on the top of the floor, give him the ball, and let him do dribble hand-offs — much like you see Jokic do,” added Shaw, who has the task of handling the select team made up of elite prospects, led by Jalen Green.

Sotto has shown potential since he was still here in the Philippines, playing for Ateneo High School in the UAAP Juniors competition.

In his final year with the Blue Eaglets, the second-generation cager put up per-game norms of 25.1 points, 13.9 rebounds, 3.4 assists, and 2.4 blocks.

Since joining The Skill Factory in Atlanta, Sotto has emerged as one of the top prospects that he drew interest from several NCAA Division 1 schools.

“I see him as a guy that’s pretty versatile,” said Shaw, a three-time NBA champion with the Los Angeles Lakers.

“Obviously he has to get stronger, but I think that he can play with his back to the basket as well as facing the basket, and facilitate for his teammates.”

Still, as high as his potential may be, the need to put in the work remains to turn the possibilities into reality, reminded Shaw.

“One of the players that I’ve coached, he was, at that time, the youngest player to ever come into the NBA, was Andrew Bynum with the Lakers. He was a young, big guy who eventually became very, very good — but it didn’t happen overnight,” said Shaw, pertaining to the 7-foot center, who was the youngest player to enter the NBA at 17 years, 244 days in 2005.

“I think he has the aptitude to play the game and has a high basketball IQ, and I think he has a good skill set as well. So it’s just a matter of putting in that work every day, doing everything at game speed,” the 54-year-old added.

“And once he does everything at game speed, I think he’ll just naturally get better because he has the drive to get there.”