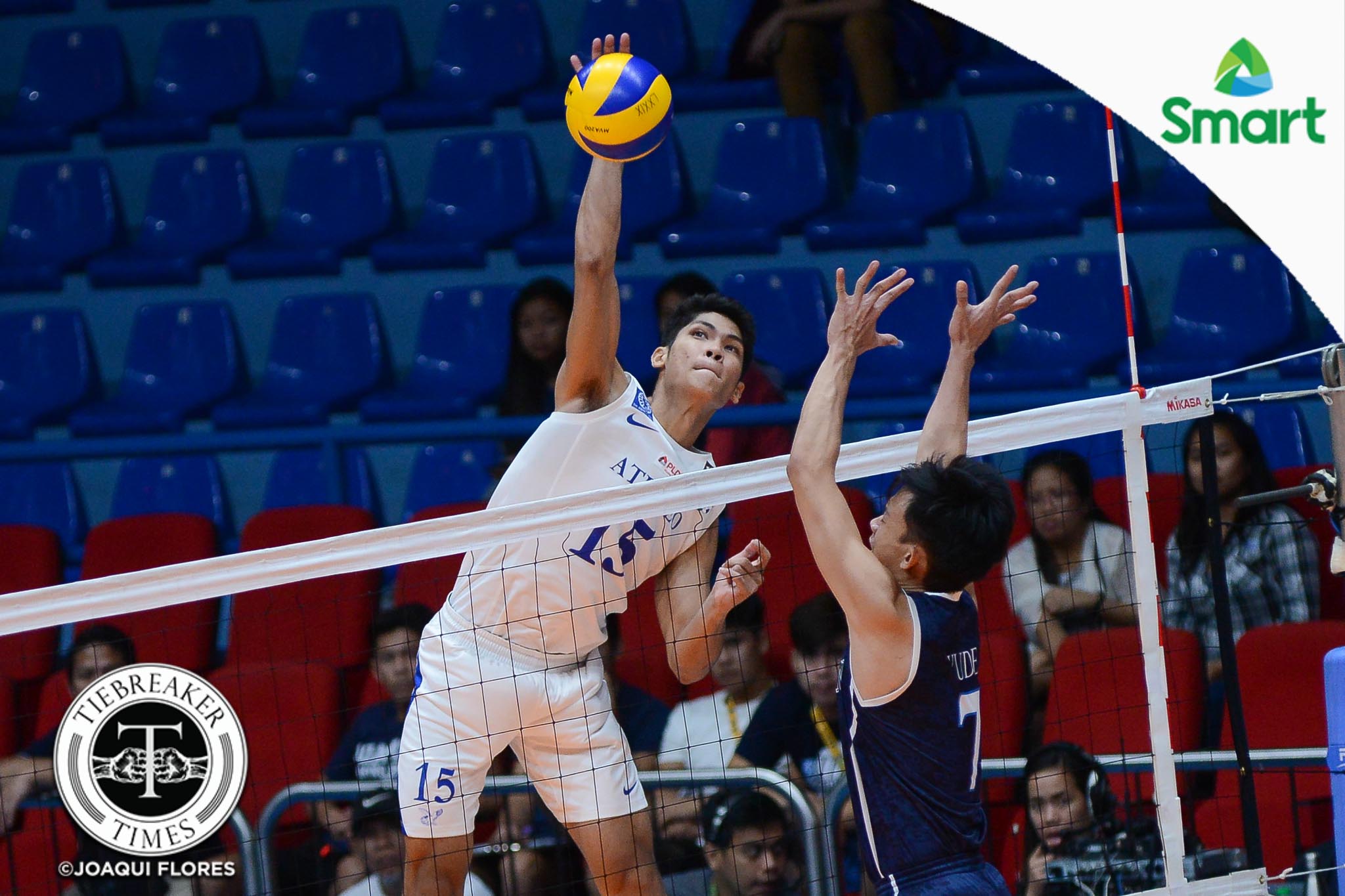 For the first time since Season 76, the Ateneo de Manila University Blue Eagles took both elimination round games from the Adamson University Soaring Falcons, completing the feat with a swift 25-18, 25-20, 25-14 win at the FilOil Flying V Centre.

Like the first round encounter, the defending champs had the edge in every measured skill. Still undefeated in 11 matches, Ateneo kept experimenting with different rotations and still maintained form.

“As usual, I sacrificed some rotations. It was a good thing na my players did well. I guess, they’re ready kasi, for the past few games, we’ve been trying different things so I’m sure we’ll get better,” said Ateneo head coach Oliver Almadro.

Ateneo maintain hold of the top seed and a twice-to-beat advantage. With three more wins, the Blue Eagles will book a ticket straight to the Finals.

The Blue Eagles face cellar-dwelling University of the East Red Warriors (1-10) on Sunday at the Smart Araneta Coliseum.

The Falcons dropped their ninth match in 11. They take on Final Four aspirants Far Eastern University Tamaraws (6-5) on Sunday at the Smart Araneta Coliseum.