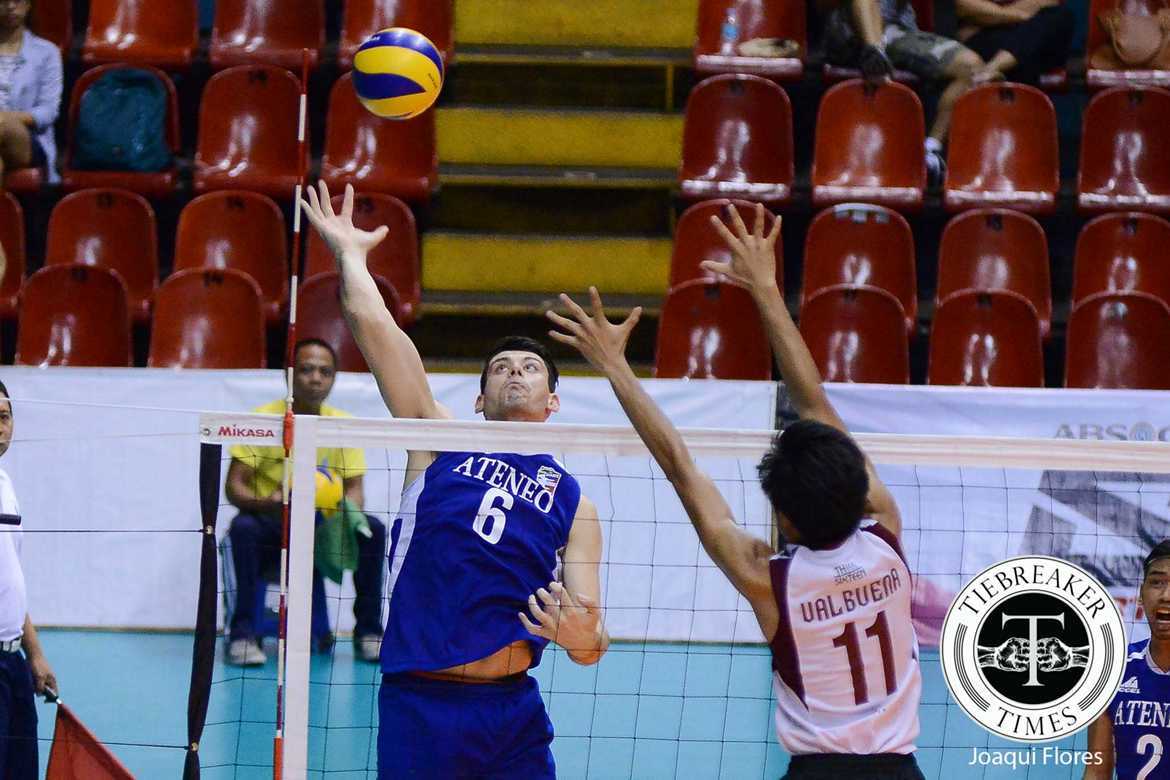 Ateneo found themselves behind in the first set, 8-11, as they surrendered errors and miscues on reception. The Blue Eagles slowly cut into the deficit and were buoyed into a two-point lead, 18-16, by a spell of powerful serves from Tony Koyfman. A pair of UP errors gave the Blue Eagles a late 22-19 cushion, setting up Ateneo’s finishing flourish capped with a Marck Espejo drop shot to end the set.

The Loyola-based spikers sprinted ahead in the second set, 18-8. The Maroons managed to get within five points, 18-23, but the Blue Eagles finished the set with back-to-back kills following a timeout. Ateneo’s short serving got the best of the Maroons in the final frame. Unable to get a good pass, the Maroons barely got their attacks across a prepared Ateneo block, leading to an insurmountable 6-19 hole.

“I just told my players that we had to keep the intensity up no matter who we were facing,” said Ateneo head coach Oliver Almadro. “We’ve been trying to remedy some of our problems with some of our new rotations but we’re getting there.”

American opposite hitter Tony Koyfman led Ateneo’s balanced attack with 10 points while Josh Villanueva and Marck Espejo each had eight points. Reigning MVP Espejo played after suffering a flu which kept him out of practice for four days.

Ateneo now awaits the result of the final match in Group A between FEU and La Salle to determine their opponents in the semifinals. UP (3-2) needs UST (3-1) to lose against EAC (0-4) on Wednesday to force a playoff for the last semis spot in Group A.