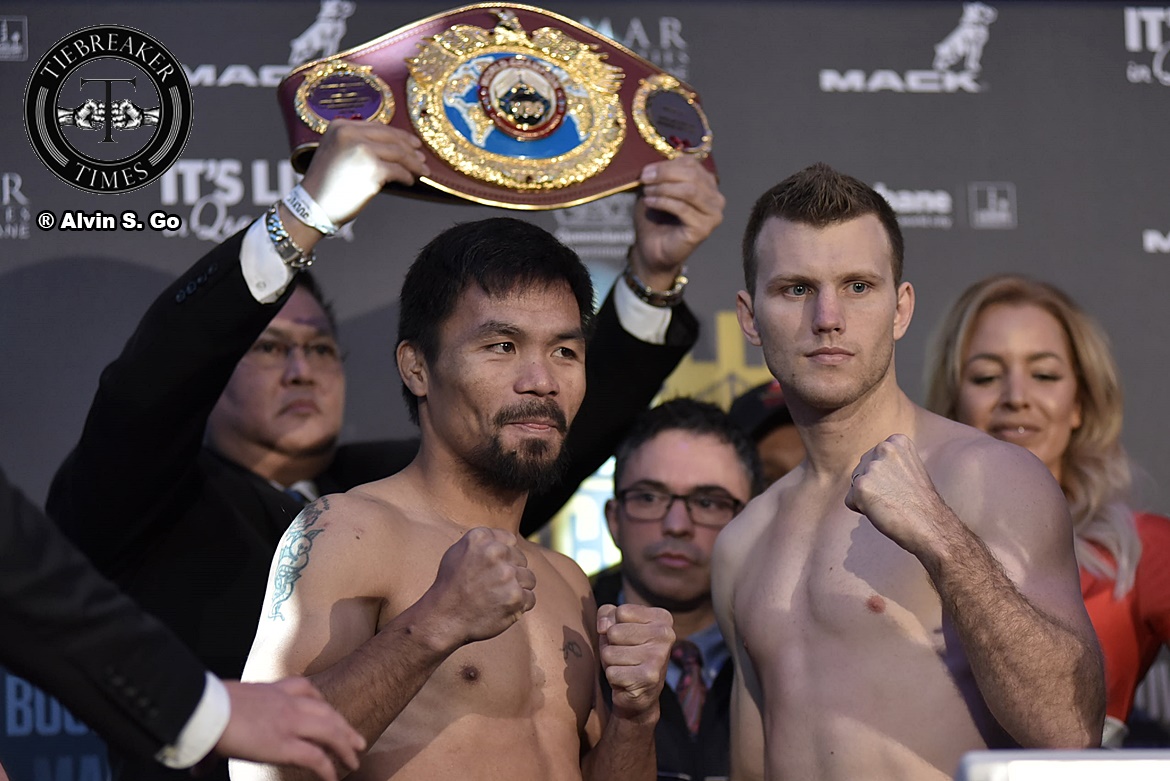 The world now awaits the much anticipated Battle of Brisbane as reigning WBO World Welterweight Champion Manny Pacquiao (59-6-2) and Jeff Horn (16-0-1) have made weight, Saturday morning at the Suncorp Stadium in Brisbane, Australia.

Though struggling to make weight, hometown hero Horn stepped into the scales at the championship limit of 147 pounds.
Pacquiao, for his part, weighed a pound below in his second title defense after winning the belt against nemesis Timothy Bradley Jr., last April 9, 2016.

The IBF World Super Flyweight championship bout is also set as reigning champion Jerwin Ancajas (26-1-1) checked in at 114 pounds to defend his belt against Japanese standout Teiru Kinoshita (25-1-1), who weighed at exactly 115 pounds.

Like Pacquiao, this will also be his second title defense. He successfully defended his belt with a seventh-round stoppage of Jose Alfredo Rodriguez in Macau last January.

Another Filipino who’s fighting in the card, Jonel Dapidran (8-1) came in 200 grams (0.44 pounds) over in the super lightweight limit but eventually able to shed the weight for his scheduled bout against Brent Dames (5-3).