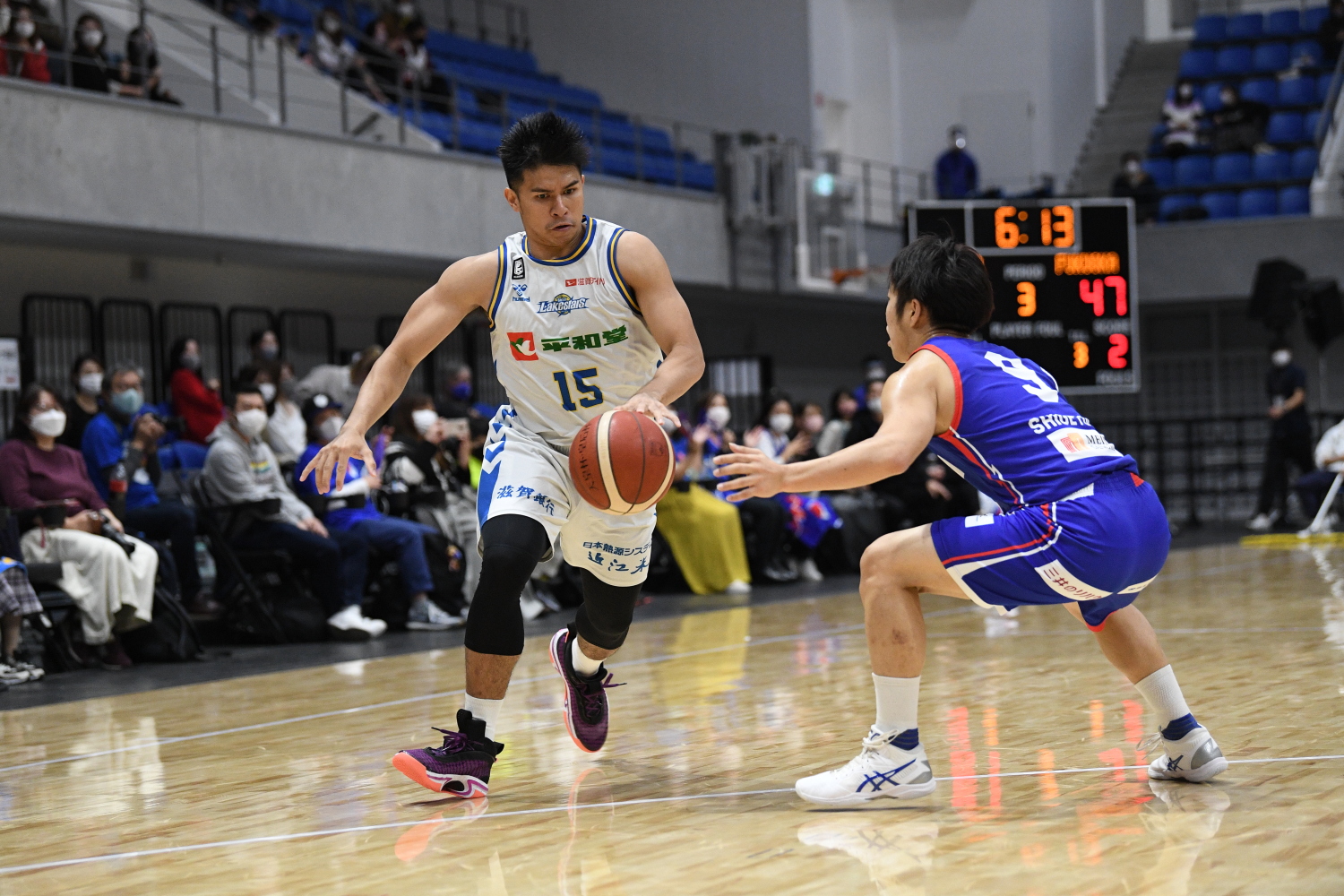 Kiefer Ravena and Shiga were dealt a heartbreaker by Davante Gardner and Mikawa, absorbing a 91-93 loss in the 2021-22 B.League season, Sunday at Aisin Gymnasium.

Down by as many as 13 points in the contest, Ravena and the Lakeastars stormed back, eventually gaining an 86-85 lead after the Filipino import scored on a layup with 3:08 left.

Anthony Lawrence answered back on the other end but a split on the stripe by Teppei Kashiwagura knotted things up at 87-all.

After an exchange, the game was still tied at 91-all with 47 seconds remaining.

A miss by Ravena led to a Lawrence find to Gardner for the go-ahead bucket.

Ravena missed on a trey late as the Lakestars suffered their sixth straight loss.

Still, it was a gallant stand by the Lakestars who suffered a 71-108 loss to the same team yesterday.

Gardner ended up with 35 points on 15-on-25 shooting while Lawrence tallied 29 points and nine rebounds.

Gadson and Sean O’ Mara led the way for Shiga with 22 points each with the former also tallying nine rebounds and nine assists.

Shiga will next face Shimane on Wednesday at Matsue City Gymnasium.