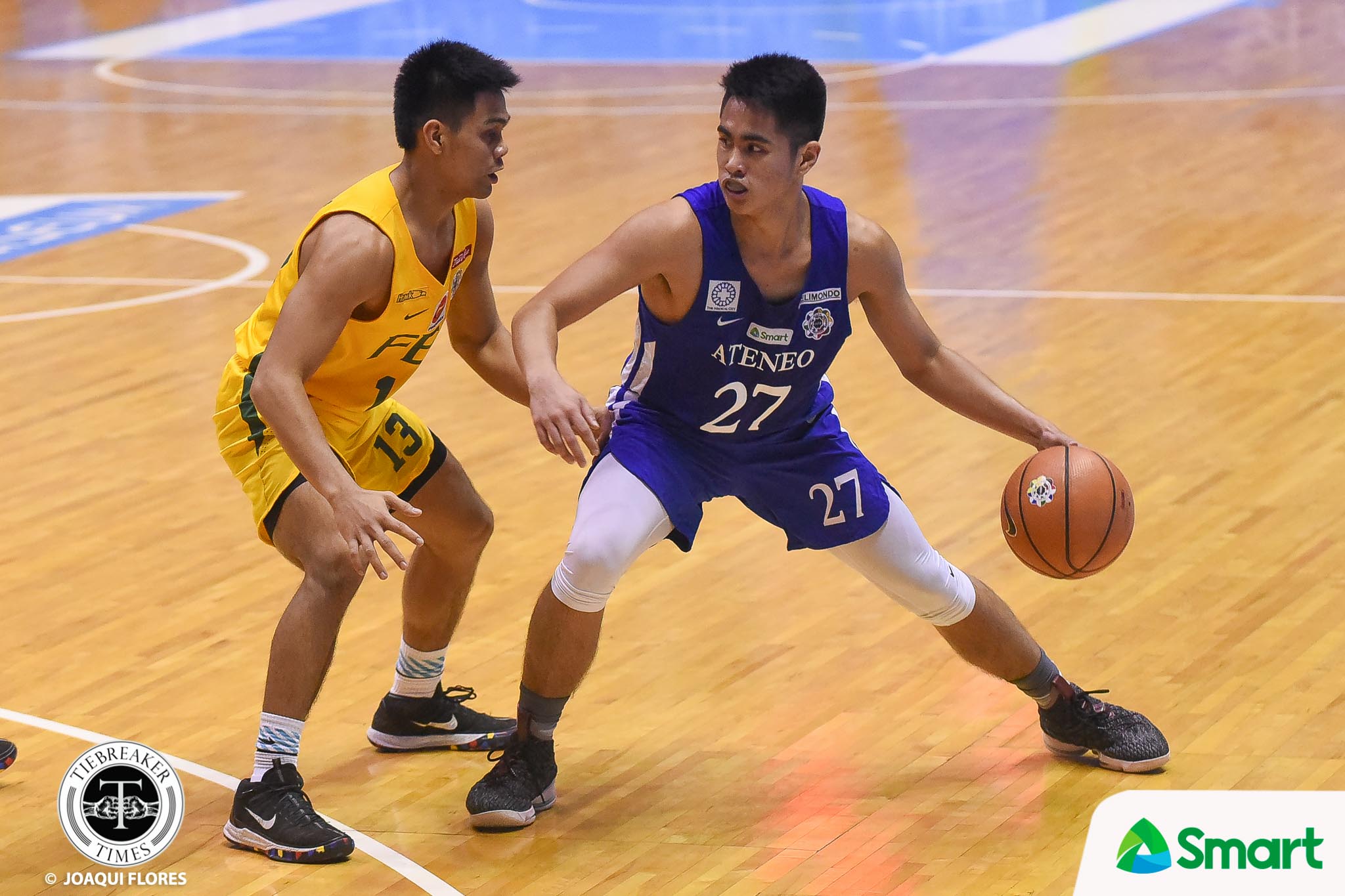 Coming off a successful stint with the Blue Eaglets, SJ Belangel is seen as one of the future floor generals of the Ateneo de Manila University Blue Eagles. But in order to lead the team on the floor, he must first earn his stripes.

Last summer, during one Smart City Hoops contest, Ateneo assistant coach Sandy Arespacochaga talked to the young guard after one post-game huddle. And he told the Bacolod native to stop calling his seniors “kuyas” since they are all equals in the Blue Eagles.

“Si SJ kasi, calls everybody kuya. It’s not na we don’t want them to respect each other, but ang hirap, especially for SJ, if he’s gonna be the point guard and he’s gonna command his teammates to be in certain positions and do this thing or that thing. We want him to get rid of that reverence na ‘kuya kita’,” disclosed Arespacochaga.

“It’s not that we don’t want them to be respectful. It’s just that we want SJ – especially as a point guard – to lead regardless [of] if he’s a rookie or not. That’s the kind of leadership that we want from him.”

But for the 19-year-old Belangel, his teammates are bothered when he calls them kuya.

Old habits are hard to get rid off. In Belangel’s case, he cannot avoid it as it is his sign of respect to his seniors.

“Actually, it’s more of just calling another kuya. What we want him to be is to be more of a leader. Now, kahit tinatawag niyang kuya, he asserts himself. But of course, kulang pa, he’s a young guy, he’s got a lot to learn,” Arespacochaga said.

And the prized rookie knows that he still has a lot to learn before he can see himself as co-equal to his titled upperclassmen.

After a day’s work, Tab Baldwin goes back to cheering for beloved Red Sox