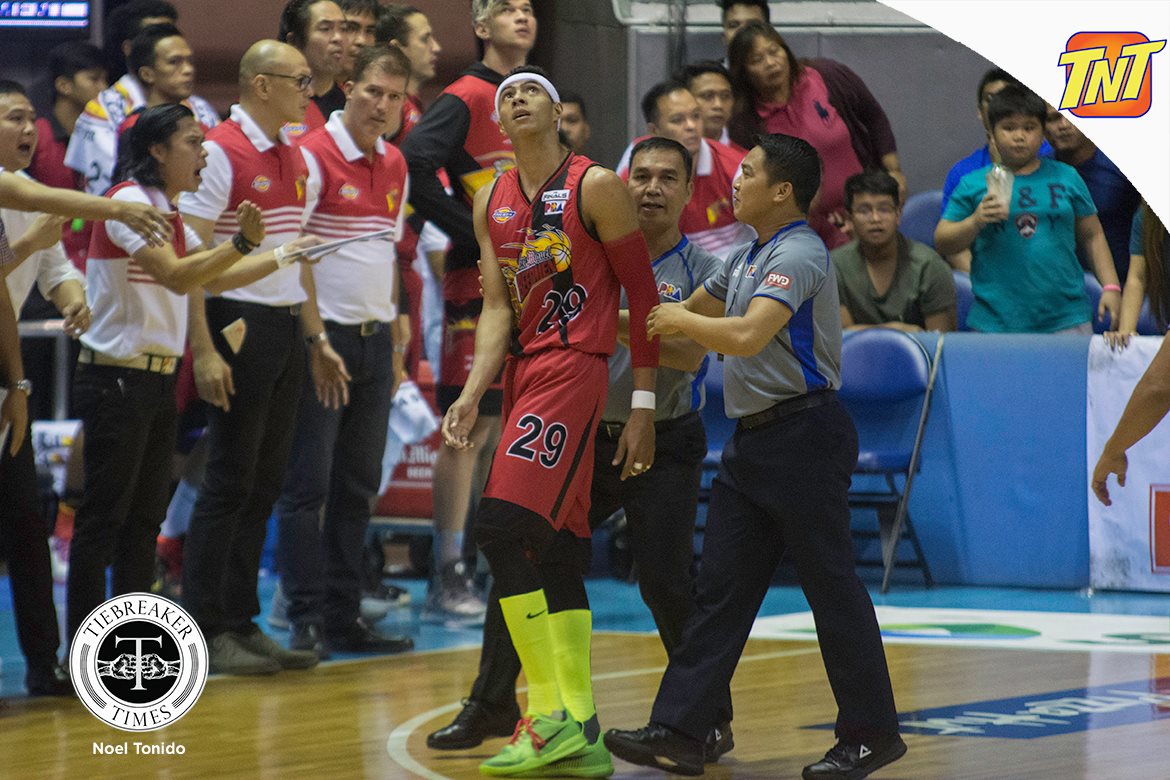 Despite the San Miguel Beermen tying the series against TNT Katropa in Game Two of their 2017 Commissioner’s Cup Finals series at the Big Dome, Arwind Santos was fuming.

The one-time MVP had had an altercation with Katropa rookie Roger Pogoy, a tussle that took place in the 8:36 mark of the game’s third canto due to an apparent low blow from the neophyte on the 11-year veteran.

The collision between the two Tamaraws then led to the Cebuano cager being kicked out of the court, as he incurred a flagrant foul penalty two. Santos, on the other hand, was charged with a technical foul for second motion.

This marks the second time that Santos has locked horns with a rookie. It can be remembered that the five-time champion had engaged in a verbal war with Ginebra’s Kevin Ferrer, during the 2017 Philippine Cup, which SMB eventually won.

Santos is aware of these instances, but has no plans of backing down to exchanges of shenanigans whenever they arise.

Still, Santos — who finished with 16 markers on four triples in Game Two and is now averaging 13.5 points and 6.5 rebounds in two games — was just relieved to finally get one against TNT.